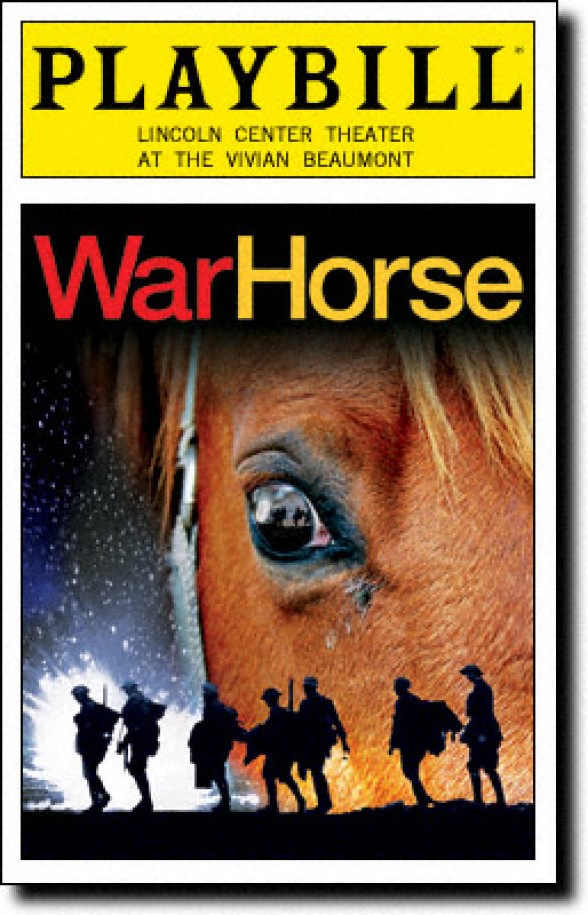 If one thing can be learned from “War Horse” — the multiple Tony Award-winner still running strong at Lincoln Center’s Vivian Beaumont Theatre — it’s that with enough creativity (and cash) it’s possible to put anything on a stage … even a big, sweeping yarn about the insanity and brutality of war.
.
The star, of course — our equine hero — is Joey, a frisky colt who is purchased by a farmer in rural England, trained by his son, sold to the British army at the outbreak of World War I, and forced to endure all manner of abuse, mainly at the hands (later in the play) of his cruel German captors.
.
The actors are excellent — Andy Murray as the frustrated, booze-swilling farmer, Alyssa Bresnahan as his long-suffering wife, and David Lansbury as a haunted German soldier with a conscience, in particular. And the sets, lighting and sound effects — suggesting the horrors of the battlefield with little more than some rear-projection artwork, a series of flashes, and the occasional boom — give the production such authenticity, such a you-are-there immediacy, that if you’re not ducking under your seat now and then, you haven’t been paying attention. (How do you present the carnage of war to a live audience? THIS is how.) 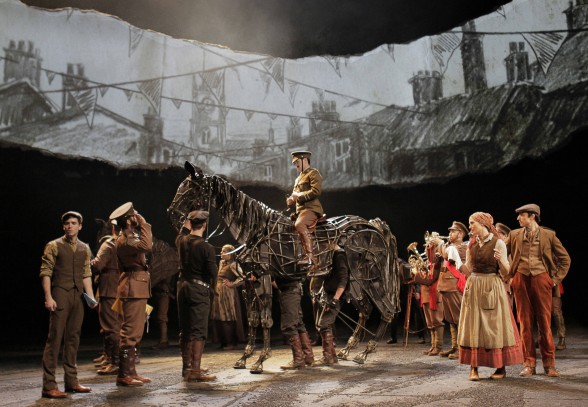 .
But it’s the horses — and Joey in particular — who are the real stars. Co-directors Marianne Elliott and Tom Morris, along with their crackerjack design team (Adrian Kohler and Basil Jones created the horses) have — in a moment of divine inspiration — come up with a kind of puppeteering miracle: life-size replicas of Joey and his friends — his fellow cavalry horses — that are so real, they look for all the world like they’re made of flesh and blood. (You can even see them breathe. Heck, if you look hard enough, you’ll swear you can see them sweat.) Teams of puppeteers, in plain view of the audience, handle each one; they make Joey’s ears prick and his tail swish, even as a third puppeteer manipulates Joey’s chest and flanks so that we can see the big colt panting from exertion. It is done all the time, for the duration of the evening, and to spectacular effect. You will be amazed. 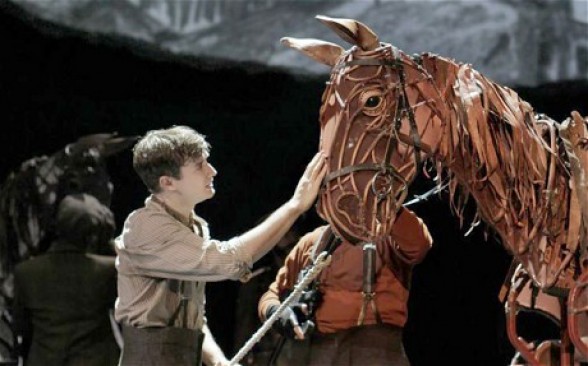 .
Does Joey ever get back together with Albert, his farmboy friend who runs off to enlist so that he can find him? Will they live long enough to be reunited? If you haven’t read the young adult novel by Michael Morpurgo, upon which the play is based … if you haven’t seen the Steven Spielberg movie (itself a multiple Oscar nominee) … and if you have yet to catch this wonderful production — there’ll be no spoilers here. You’ll just have to see for yourself.
.
“War Horse” is an electrifying piece of theatre — spectacularly visual and yet profoundly moving — and if I were a betting man, I’d wager this: it won’t be heading out to pasture anytime soon. 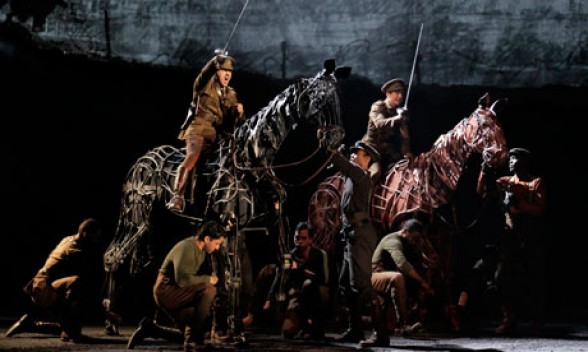