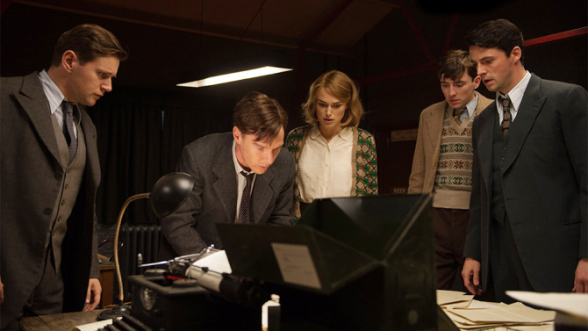 One of the biggest heroes of World War II never fired a gun, launched a bomb, or engaged in hand-to-hand combat with the enemy.  Never hid in a foxhole, or even set foot on a battlefield.

He was Alan Turing, British mathmetician and father of the modern computer, who helped decipher the Nazis’ notorious Enigma code, a breakthrough that eventually helped the Allies defeat the Nazis and at long last end the  war.

The Imitation Game is his story.

Shortly after we meet Turing (a splendid Benedict Cumberbatch, all high cheekbones, low-wattage personality, and blazing intensity), he is applying for a job on the Enigma team with the British government.  A skeptical Commander Denniston (Charles Dance, cold as ice and hard as nails and altogether terrific) is wary at first–who IS this cocky twenty-something who actually believes he can crack THE CODE?–but eventually hires him, even as he warns him of the hush-hush nature of the work (to speak of it to anyone would be an act of treason punishable by death).  The only woman on the team, whom Turing hires personally, is Joan Clark (Keira Knightley, superb), a shy girl who lives with her parents and can knock off a crossword puzzle even faster than Turing himself.

There’s infighting; Alan–in charge of the team–proves to be a prickly, unlikeable boss; the government suspects that someone on the team is a deeply-embedded Soviet mole; Denniston grows weary of waiting for results and threatens to shut them down–all while bombs are falling, Brits are starving, and a blitzkrieged London struggles to survive.

The script by Graham Moore bounces back and forth in time, with some scenes set in the present (the action begins in 1939), others in the future, as a suspicious Scotland Yard, not yet convinced that Turing ISN’T the spy, digs into his private life (he wasn’t a spy, but he WAS a closeted homosexual at a time when homosexuality was a crime in Great Britain punishable by prison), and still others during his lonely, tortured youth, when–as the smartest and possibly most peculiar kid at an all-boys boarding school–he is treated about as horribly as you might expect.

The Imitation Game is an absorbing look at one of the most brilliant minds, one of the most flawed and persecuted geniuses, of the twentieth century.  It is also, perhaps, the finest film of the year.

(The title of the movie, by the way, refers to a sort of guessing game Turing invented, in which a person has to determine if the answer to a question came from man, or a computer.  Turing was convinced that–with the right kind of computer–it would be impossible to say for sure.) 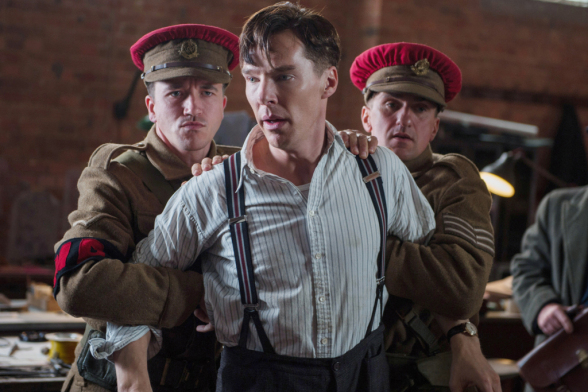 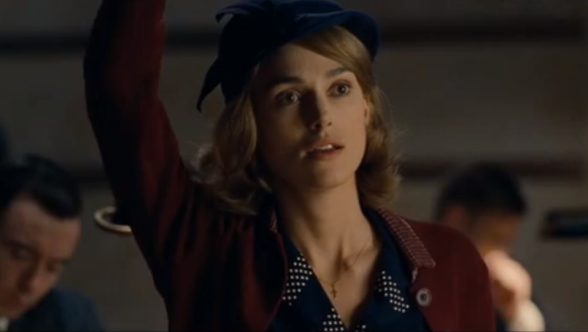