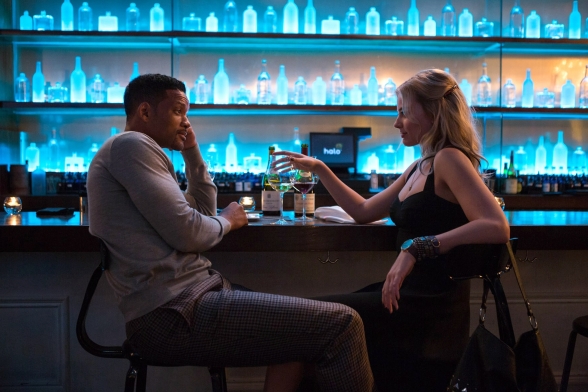 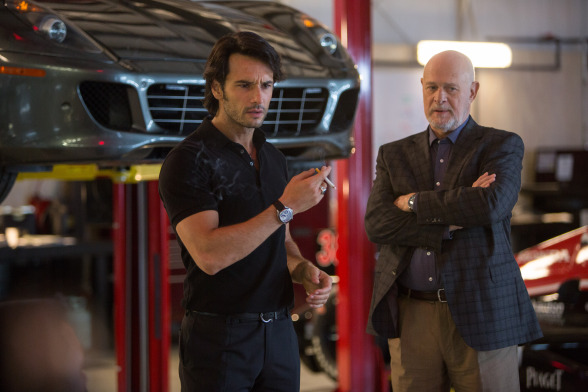 Directed by: Glen Ficarra & John Riqua
Produced by: Denise Di Novi
Written by: Glen Ficarra & John Riqua
Music by: Nick Urata
Cinematography: Xavier Perez Grobet
Edited by: Jan Kovac
With: Will Smith, Margot Robbie, Rodrigo Santoro, Adrien Martinez, Gerald McRaney, B. D. Wong, Robert Taylor.
.
.
Get to the theater a bit early so you can grab half-decent seats, cross your fingers and hope for pleasant seat-‘neighbors’. Now turn off your cell phones, (but don’t expect all audience members to execute this presumably normal gesture of common courtesy), sit through a good 15 minutes of previews and trailers, and finally, between obnoxious pop-corn chewing, and unnecessary live-commenting, ‘enjoy’ the film.
.
To a somewhat snobbish film aficionado, this is a good way to generally describe the period of time preceding the watching of any high-budget blockbuster on the day/weekend it is released. Fuel that prejudice, and you will probably end up with opinions along the lines of “action over depth”, “spectacle over story”, etc.
.
Now, although Focus is not technically an extremely ‘high’ budget film (50,1 million $), the presence of seasoned A-lister Will Smith, and up-and-coming Margot Robbie (on the rise to stardom, after her role in ‘wold of wall street’), along with the lack of fierce box-office competitor, are more than enough to create blockbuster-like conditions.
.
I mean who embodies the characteristics of a modern day Hollywood star more fully than Will Smith?
To a box-office record enviable by the industries most popular, a statuesque physique, and a gaze that effortlessly alternates between goofy charm and intense seductiveness, he can boast two children who are on the rise to international acclaim for their creative talents while going through their teenagers years. Pretty impressive.
.
All this information seems to have somewhat confused what people are saying about the film itself.
Although it is no socially profound or deeply thought-provoking piece of cinema, Focus is an entertaining one, with a nicely woven plot, enriched by interesting twists.
.
Nicky Spurgeon (Will Smith) is a con-man, who, along with his team, carries out minimally violent, but maximally lucrative crimes. The best in this field, he crosses paths with Jess Barrett (Margot Robbie), out-playing her as she tries to rob him unsuccessfully. Following this encounter, Jess insists Nicky teach her the secrets of his craft, and, after initial resistance, he accepts, introduces her to his good friend Farhad (Adrian Martinez) and team, and is soon impressed by Jess’ natural predisposition and ability.
.
The two complete a job, and in spite of obvious chemistry between them, ‘professionalism’ intervenes, pushing Nicky to walk away, because “there’s no space for love, in this game”.
.
But, three years later their paths cross again, in a tangle of connections and confusion, work and private life, real sentiments and deceitful simulations at the center of which is young handsome race-team owner Garriga (Rodrigo Santoro), and his cryptic boss/mentor (we don’t fully understand), Owens (Gerald McRaney).
.
At this point, some things are just like they were, but other things have changed, resulting in a finale enriched by a series of unexpected twists and turning points.
.
To efficacious directing, score, editing, cinematography, and this story, add the unquestionable charisma and on-screen chemistry that Mr Smith and Mrs Robbie create (and who can blame them, respectively), the suave charm of Rodrigo Santoro, bad-ass Gerald McRaney, and the comic relief brought by Adrien Martinez, and you have it, an entertaining and pleasant film!
. 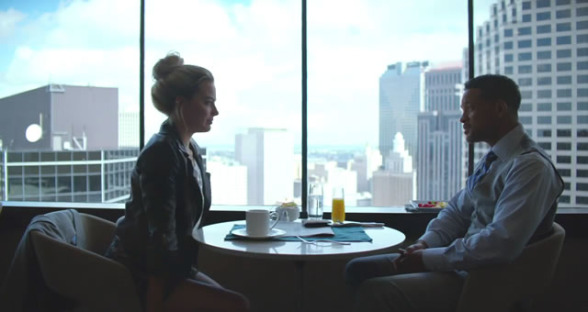