“Up in the Air” is a grown-up movie about grown-up characters, for grown-ups.  There isn’t a car chase, explosion, gunfight or bloodbath in the entire film.  It’s low- key, literate, and infinitely charming.

George Clooney plays Ryan Bingham, a part-time motivational speaker and full-time professional hatchet man who earns most of his income  (not to mention oodles of frequent flier miles) by jetting all over the country and firing unlucky stiffs whose companies have decided to lay them off.  His docket is full–he travels, by his own estimation, a whopping three hundred days a year–but there’s a void in his personal life.  With no one to love, no one to hug, no one, even, to go home to–he lives alone in a sparsely-furnished apartment in Omaha that makes the most sterile motel room look cozy–he’s got no one in his life BUT the poor slobs he has to fire every day.

Until, that is, he meets Alex.  Before he knows it, he’s rendezvousing with her in hotels, exchanging text messages with her, and, ultimately, even asking her to accompany him to his kid sister’s wedding, an affair he attends more out of obligation than any kind of filial love.  (When he makes a desperate stab at being the “good” big brother by asking his sister if he could give her away, she confesses, ruefully, that her future father-in-law has already agreed to do it.  For once, Clooney himself is on the receiving end of some bad news, and the disappointment is plain on his face.)

Clooney is excellent.  Cool as always, but with so much more going on behind those big, intelligent eyes than he ever allows to bubble to the surface, he is, indisputably, this generation’s Cary Grant.  Vera Farmiga is also very good as Alex; so, too, is Anna Kendrick as the young, fresh-faced “termination engineer” whom Clooney’s boss (Jason Bateman, effectively smarmy) has sicced on Clooney so that he could show her the ropes.  Through most of the film, Clooney is either smiling at Alex (and let’s face it, Clooney’s twinkly-eyed, crinkly-faced smile could light up a room), or trying his best to mentor Natalie, who’s got swell ideas but lacks the cojones to do the job with the cold-hearted dispassion it requires.  Their relationship is every bit as crucial to the storyline as his between-the-sheets dalliance with Alex–maybe even more so.

.
“Up in the Air” is very much a road movie.  There are lots of shots of airports (the minutiae of air travel has perhaps never been given so much screen time), airplanes, and hotels.  There are also many scenes, featuring monologues delivered directly to the camera, in which the speakers are real-life Americans who have just lost their jobs.  (An interesting choice by director Jason Reitman; these short but powerful speeches are almost always painful to watch.)

When Clooney, as Bingham, eventually wins an award for logging one million air miles, it’s hard not to feel sorry for the guy; after a lifetime of hard work (and make no mistake: as unsavory as his job is, he’s awfully good at it) , that’s all he has to show for it.  No wife, no kids, no home in the ‘burbs–just a shiny little piece of plastic, no bigger than a credit card…his reward for long, jet-lagged years of anonymous service.
That you feel bad for him at all is a credit to the movie, just as “Up in the Air” is a credit to director Reitman, and everyone in it.  It is, indeed, a movie for the times, and one that should earn some well-deserved nominations come awards season. 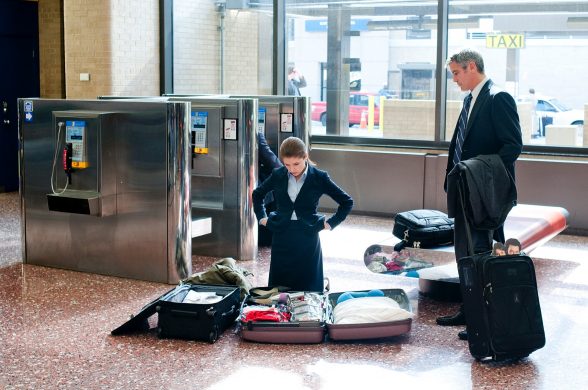 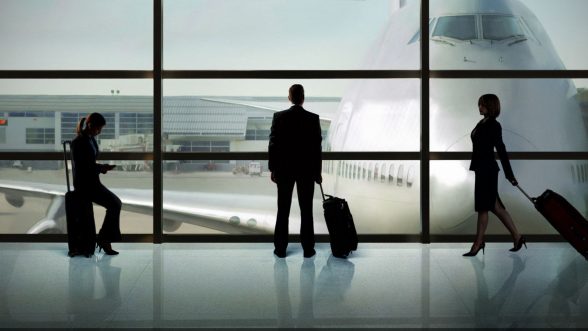 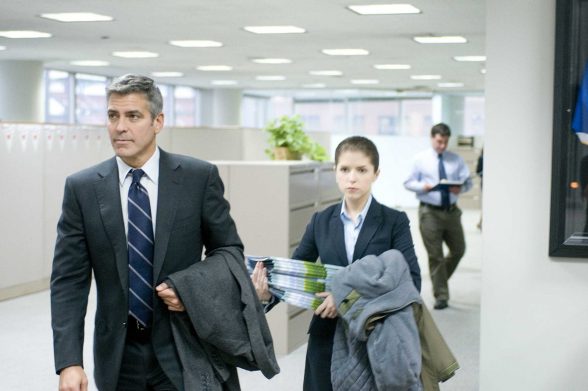 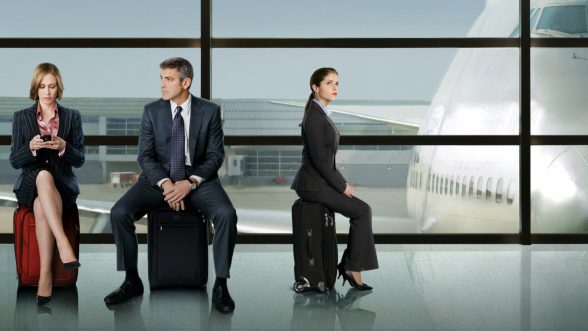