Home Theatre Reviews THOSE WERE THE DAYS: A REVIEW OF “THE HEIDI CHRONICLES”
Facebook
Twitter
WhatsApp
Email
Print 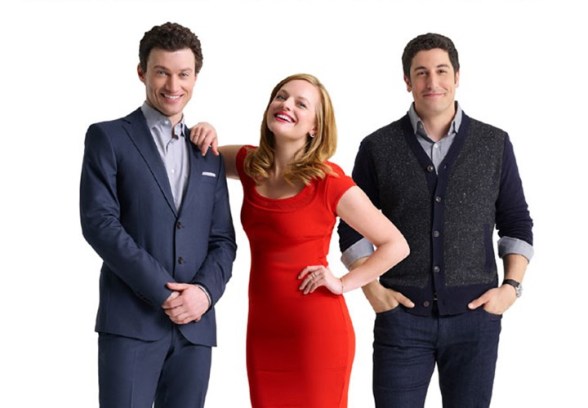 Elisabeth Moss stars as Heidi Holland in the only moderately successful revival of the late Wendy Wasserstein’s 1989 Pulitzer- and Tony-winning comedy, The Heidi Chronicles, now at Broadway’s Music Box Theatre.

This is a play about self-discovery, about one woman’s sexual and political awakening, all of it set against a quarter-century of American history–from the mid-60s, when the action begins, to the late 80s, when Wasserstein wrote it.  We see Heidi at everything from George McGovern campaign headquarters in 1968, to a small, cozy women’s retreat at the start of the feminist movement just a couple of years later, all the way through to a touching moment in ’89, after she has decided to take the plunge and become a single mom.

Moss’ Heidi is ingratiatingly vulnerable and occasionally even funny, but the rest of the characters–Bryce Pinkham as her loyal gay pal and Jason Biggs as her cocky, womanizing ex-lover included–are disappointingly one-dimensional.  (Though Pinkham, at least, has charm to spare.)

“Heidi” is a talky play, and too often director Pam MacKinnon allows the pace to drag as the story galumphs along from one verbose vignette to the next.

Sadly, twenty-five years after she was created, there’s no longer anything unique about Heidi, or compelling about her journey.

These “Chronicles” are a series of oft-told tales we’ve heard many times before–about a symbol of 20th century American womanhood we know all too well. 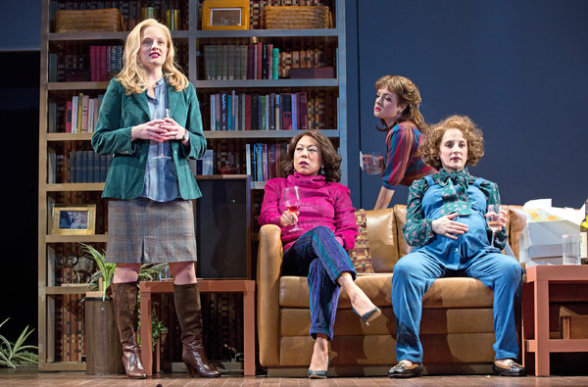 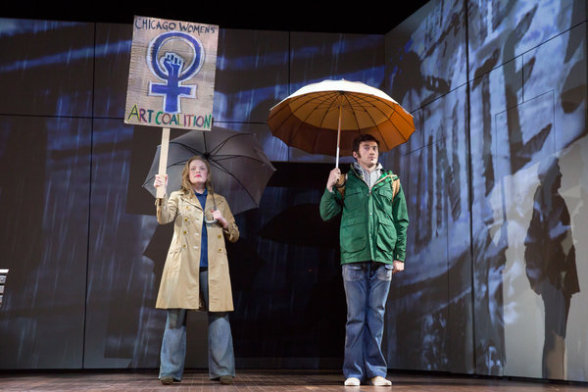 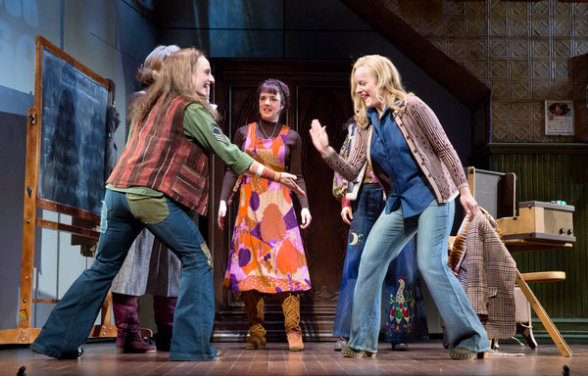