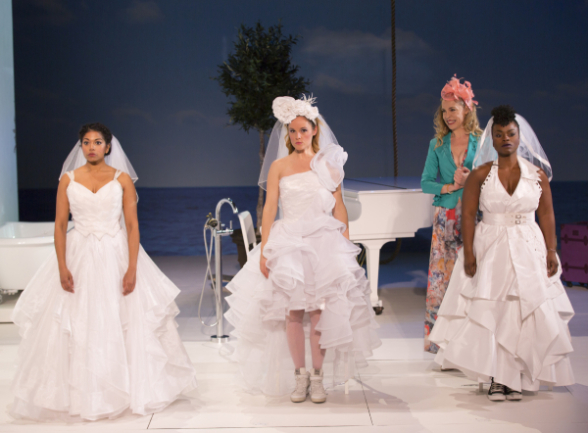 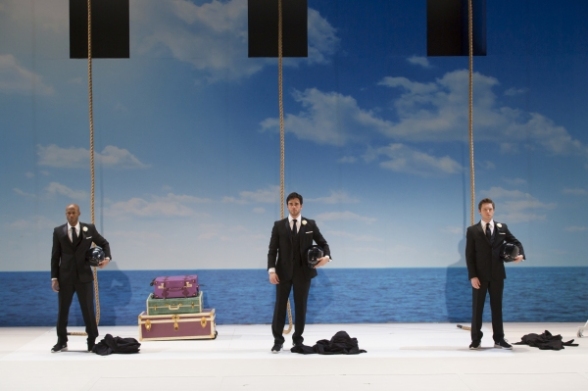 The war between the sexes — complete with dancing, music, violence and bloodshed (!) — is the subject of “Big Love”, which veteran playwright Charles Mee has adapted from the works of Aeschylus, and is currently playing (through March 15) at Signature Theatre.

As the play begins, three sisters — Lydia, Olympia and Thyona — have arrived on a picturesque island off the coast of Italy, seeking sanctuary in the oceanside villa owned by the wealthy Piero and his family.  Still clad in their grimy, sea-battered bridal gowns, they’re on the lam from an arranged marriage back home in Greece, and the young men they left at the altar.  They are not, as it turns out, even especially fond of men: one of them is virulently anti-male, another comes down squarely on the side of feminine superiority only not quite as hard, and the third (at least as time goes on) falls somewhere in the middle.  Before too long, the grooms themselves appear (parachuting out of a helicopter, no less), the male point-of-view is introduced, the fellas demand that the sisters marry them after all, and the whole thing culminates in one of the wildest weddings you’re ever likely to see.

Stacey Sargeant as the angriest and most strident of the sisters, Thyona, gives it her all and sings like a dream, but could have used a bit more dimension; all her feminist politicking and take-no-prisoners filibustering begins to grate, after a while.  Thankfully, Rebecca Naomi Jones and Libby Winters as her siblings, Lydia and Olympia respectively, are just as hardcore but not nearly as shrill (particularly Jones, whose Lydia, smitten with her man more than she’ll admit, is the first to break ranks and fall in love).

As her intended, Nikos, Bobby Steggert stands out for his warmth and vulnerability and, ultimately, his willingness to engage in some last-minute rank-breaking of his own.

Brett J. Banakis’ set is simple and nearly furniture-free, with a brightness and airiness befitting an island paradise, a pleasant ocean backdrop, a canopy of hundreds of colorful flowers set high above the audience, and the occasional image, projected on the wall, of a sun-kissed seagull in flight.

Like love itself, “Big Love” may not be perfect, but at its best — under regular Mee collaborator Tina Landau’s freewheeling direction — it is funny, whimsical, and even, at times, outrageous. 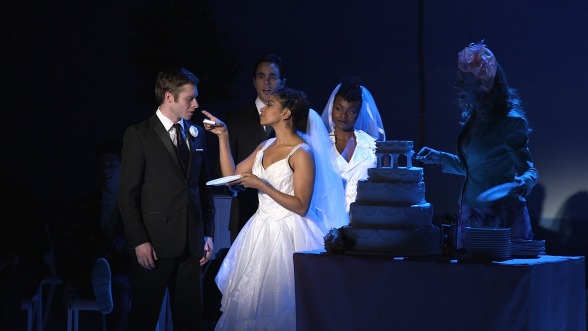 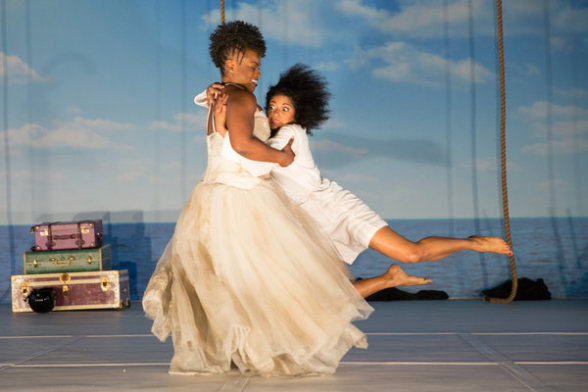 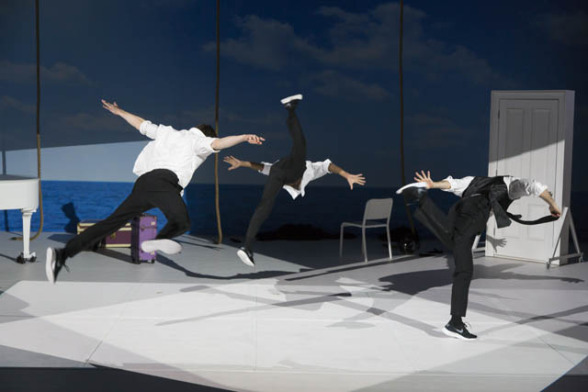 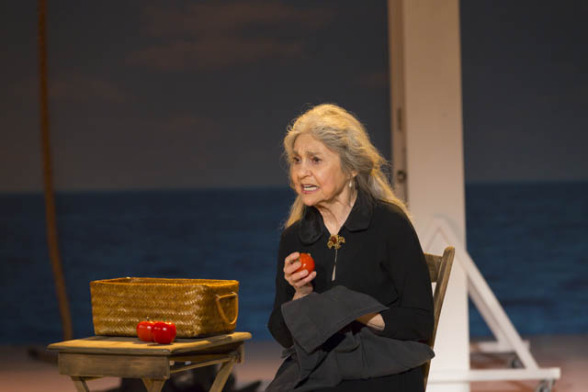 TIME WELL-SPENT: A BRIEF REVIEW OF “A MONTH IN THE COUNTRY”

The finest play I’ve seen recently — but one that, sadly, has already closed — was the Classic Stage Company’s revival of Turgenev’s 1840s comedy, “A Month in the Country”.  As the lonely, lustful Natalya — wife of the well-meaning dullard who owned the estate on which the action was set — Taylor Schilling (TV’s “Orange is the New Black”) delivered a nuanced, exquisitely-detailed performance; Peter Dinklage (TV’s “Game of Thrones”) as her husband’s friend Mikhail — who yearned for Natalya — had a commanding presence, a powerful voice, and an aching, almost palpable vulnerability; as the most recent object of Natalya’s affections, her son’s strapping young tutor Aleksey, Mike Faist was superb; and Megan West as Natalya’s ward, Vera — who had designs on Aleksey herself — was alternately fetching and fierce, hopelessly confused one moment and calm and clear-eyed the next.  Thomas Jay Ryan and Peter Appel stood out among the rest of the cast as the cynical village doctor with matrimonial ideas of his own and his innocent, stupendously shy landowner friend.  Erica Schmidt directed; set designer Mark Wendland made remarkable use of the CSC’s small playing area; Tom Broecker and Jeff Croiter designed the costumes and lights, respectively.  At a brisk two hours (if that), this was one month in the country that was time well-spent, indeed.