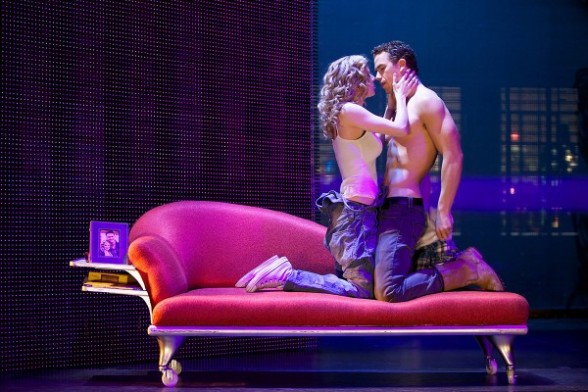 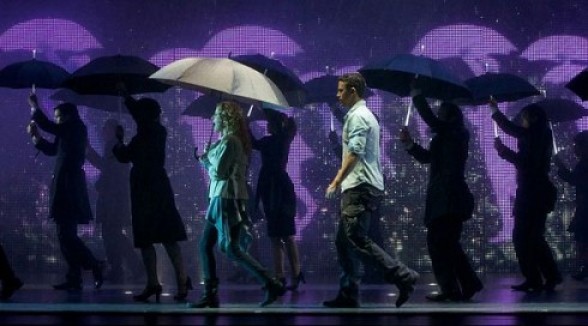 Characters disappear into the darkness — gradually, as if in a dream — and then emerge again into the light. The New York City subway system is a kaleidoscope of light, sound, and color: a technical marvel. This stage version of “Ghost” — based on the Demi Moore/Patrick Swayze/Whoopie Goldberg weeper of the 1980s — has all the cinema-inspired special effects that we’ve come to expect of our high-concept Broadway musicals … and more. But the story — about a young murder victim who has “returned” (as a ghost, natch) to protect his fiancee from the forces of evil — is a bit thin, and both musically and lyrically, there isn’t a memorable song in the bunch. The performances are fine: Richard Fleeshman and Caissie Levy as the lovestruck leads do their best, as does Bryce Pinkham as their pal and confidant, Carl — even if he does pile on the histrionics at the end. Tony nominee Da’Vine Joy Randolph is brassy and sassy as Oda Mae, the wisecracking clairvoyant with more of a connection to the Great Beyond than even she knew she had. 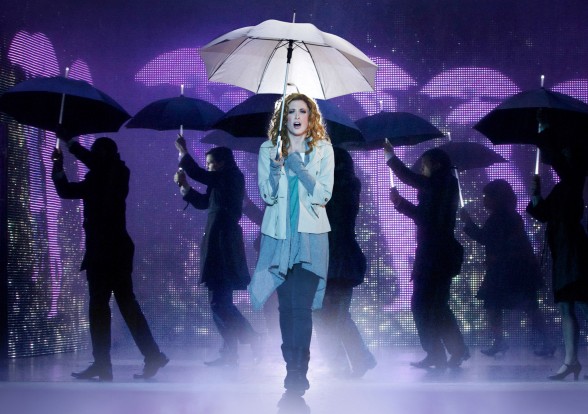 .
“Ghost” is entertaining in spots and a visual feast, but while FX fans may enjoy it, fans of the movie may not. Chalk this one up as a noble failure.
.
“LEAP OF FAITH”
.
A far more satisfying musical — that, unfortunately, closed just a short time after it opened (proving, once again, that there’s no accounting for taste) — was the late, lamented (at least to me) “Leap of Faith”. It had a hackneyed premise (a con artist preacher rips off the rubes in every town he visits), a lame subplot (the sheriff at his latest pit stop — a woman — falls for him, tawdry reputation and all), and the requisite heart-warming miracle minutes from the end (a little boy rises out of his wheelchair … and walks!).
.

Yet somehow, it all worked. 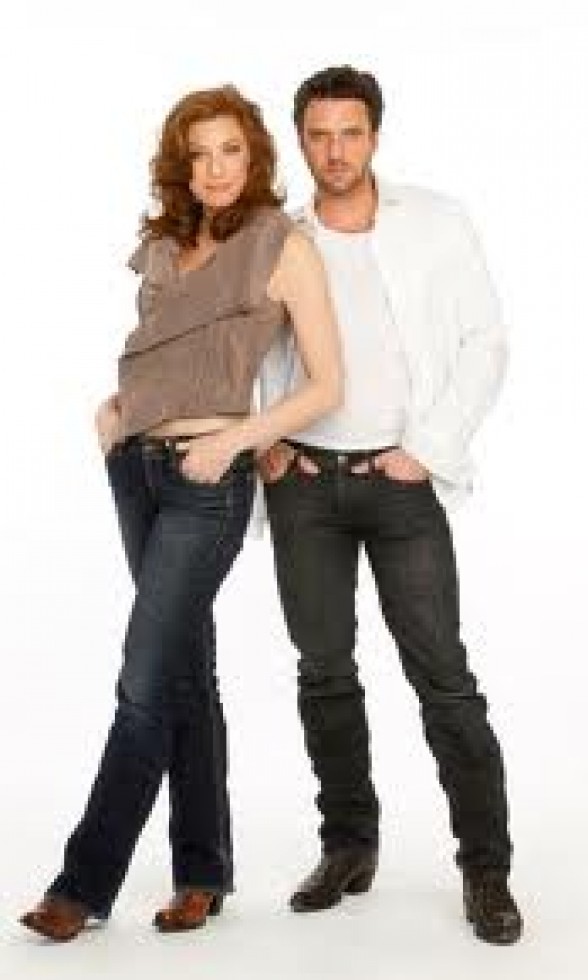 .
As the telegenic, motor-mouthed Jonas Nightingale, stage vet Raul Esparza should have earned a Tony nod but didn’t, the gospel-flavored score was lovely and  the dancing lively (paying attention, “Ghost” choreographers?), and the story was, overall, simply written and (hallelujah!) plainly told. (And this was based on a movie, too, namely the Steve Martin-starring “Leap of Faith” way back in ’92.)
.
Just a good old-fashioned Broadway musical, from start to finish.
.
“A STREETCAR NAMED DESIRE”
.
TV vet Blair Underwood, foregoing his usual buttoned-down, suit-and-tie look, played the hot-blooded and hot-headed (but surprisingly vulnerable) Stanley Kowalski in the just-concluded African-American revival (it closed on July 22) of Tennessee Williams’ masterpiece of love, lust and insanity, “A Streetcar Named Desire”. Daphne Ruben-Vega was his loyal, long-suffering wife Stella; Nicole Ari Parker nearly stole the show as Stella’s emotionally fragile sister, Blanche; and Wood Harris was suitably simple and kind, yet hardly a pushover, as Blanche’s new beau, the mild-mannered Mitch. The set, comprised almost entirely of Stella and Stanley’s tiny, spartanly-furnished French Quarter apartment, seemed appropriately claustrophobic, and director Emily Mann kept the action moving at such a steady clip, that by evening’s end I was hardly aware that I’d just spent nearly three full hours taking it all in.
. 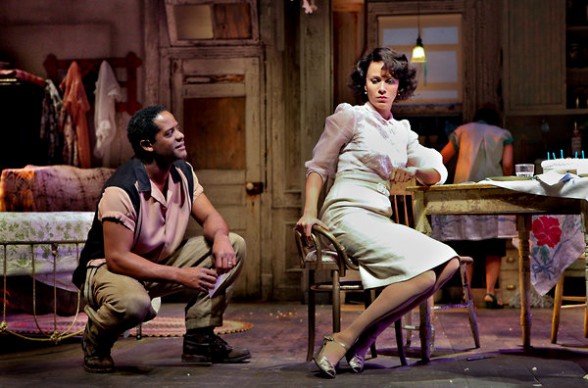 The best show on Broadway? No, but — this was Williams at the peak of his powers, after all — a damn good one.
.
THEATRE REVIEWS by Stuart R. Brynien