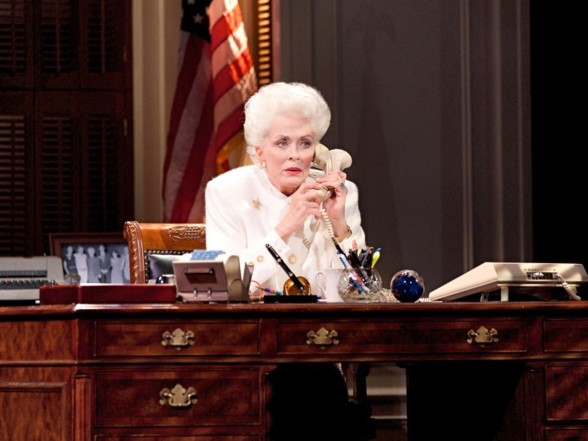 “Ann” — written by and starring stage, film, and TV vet Holland Taylor — is a one-woman show about the life and times of the late Texas governor (and trailblazing female politico) Ann Richards, from her Depression-era childhood to her very last job as a valued consultant in New York City (a job she was scheduled to begin, she reveals to us near the end, on — of all days — 9/11).

The set, at least at the start, is simple: an ordinary wooden lectern on a nearly bare stage, from which she is delivering a commencement address. Following a series of large, rear projection photographs representing her deep Texas roots (an isolated farmhouse, an old-fashioned gas station) the set morphs into her office at the Texas state capital where, via a series of phone calls to and from associates, her children, and even President Clinton himself (a longtime supporter), we see the tough-talking and tough-minded Texas governor emerge. (How tough was she? One quote: “Ann Richards walked through fire … and the fire lost.” That’s how tough.)

Taylor is superb, turning in a tour de force performance (and with a believable Texas drawl, no less) as she shares the ups and downs of Richards’ life — which, despite the woman’s celebrated successes, also included alcoholism, a divorce, and, ultimately, cancer.

The piece works best, and Taylor is at her most delightful, when she is speaking directly to the audience — sharing anecdotes, telling jokes, and dropping one-liners. A terrific actress in total command of a truly daunting amount of material, she plays Richards as part raconteur, part stand-up, and part no-holds-barred, boys-club-be-damned power broker.

“Ann” is on less solid footing, however, in its occasionally tedious look at her life as governor. (Fewer phone calls — and fewer intercom exchanges with her loyal but harried secretary, voiced by a recorded Julie White — would have helped.) 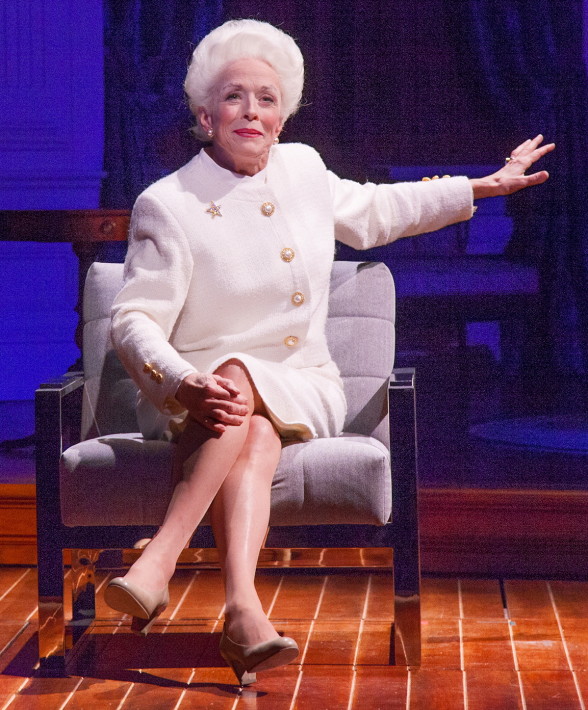