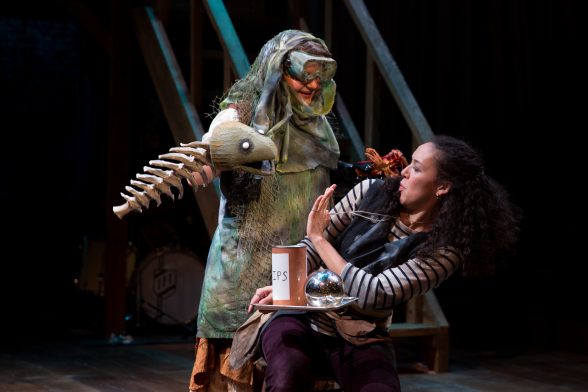 Writer and director Drew Petersen has brought up a production based on plays of William Shakespeare to a young audience. As we sit around this fascinatingly beautiful set, some members of the audience are asked to raise their hands to signal that they are seeing a Shakespeare play for the first time. The education division of CSC has helped 30,000 students see and get familiarized with the work of the timeless, most brilliant English language playwright of all time.

A stunning wooden floor with heavy benches whose weight can be told by the sound they make when they’re moved by actors during the performance is the set. It is, in the story, a ship. We members of the audience sit around this ship, while enthusiastic actors play their parts. Some of the characters are puppets: A crab (played by Rowan Magge) and and a bird (Spencer Lott) are the two most notorious ones. The set does set the right mood for this kind of work, with nice blue drapes hanging around the audience, a ship wheel looking so real, and a double staircase which can’t go unnoticed. In fact, not only puppeteers are superb for their acting, but the whole cast.

Drew Peterson is a great story teller. There in no one moment when we thought we should have skipped in this play with music. Enthusiasm does a very good job here, and we can perceive it at the end of the show from the way the audience reacts. Speaking of music, it is good music, fun and funny to listen to. If we can report a problem, it would be not enough music. True, we’d love more samples from Mr. Peterson.

Last but not least are stage direction and costume design. The latter is very creative and fits with the whole production really well. As for stage direction, I feel like I say this over and over again–and my intention is to keep on spreading this message on this particular part of a theater production–perhaps because I hear from Allen Hubby, the vice-president of the Drama Book Shop, my mentor on theater shows in the last 10 years, “without direction there is no theater show,” in his own words.

Mr. Hubby, who was interviewed by ABC and The New York Times on October 2nd about the centennial of the largest theater bookstore in the world, has given “The Stowaway” a score 9 from 0 to 10. He and I usually see at least one theater show together per week in New York, and I usually give a score about 0.5 to 1 higher than his. I scored tonight’s show at 9.5 and intend to go back with other friends to have the pleasure of seeing it again. Congratulations to all members of this production for its achievements on educational matter. 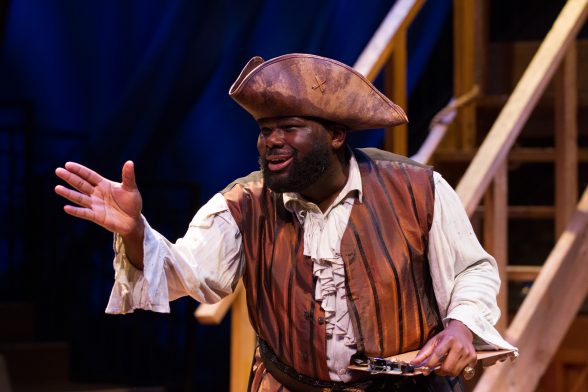 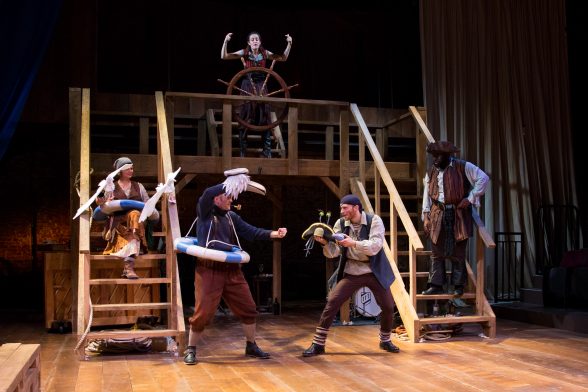 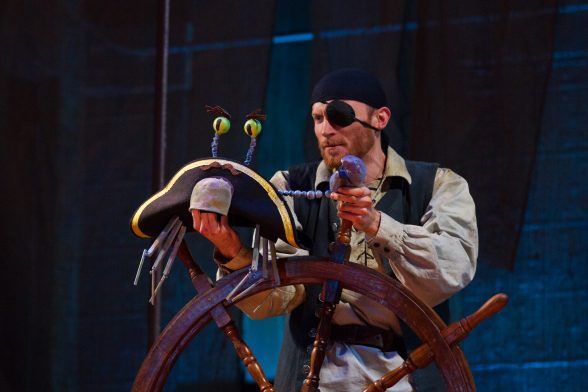