Broadway made its version of one of the most memorable theater shows I have seen in New York City in the last 7 years, since I became a theater brat–please consider that I see an average of 1-3 shows a week. Back in 2013, I mentioned in my review that this was “…probably the best show of the season”, as I actually entitled that review.

These are the first lines you’ll hear sung in this show, as the characters are introduced to the audience:

“Hélène is a slut
Anatole is hot
Mary is old school
Sonya is good
Natasha is young
And Andrey isn’t here.”

Tonight we saw an updated-for-Broadway version. I find it hard to explain with words what they did in the Imperial Theatre: They reproduced the ambience of the original version with built-in bars, tables, lights and runways among the audience unbelievably spectacularly, where the performers sing among the audience. An additional feature is that they removed a few chairs randomly–or so it looks–so that those seated get a little round table with a candle lit, where they can place their beverages and food. Yes, food! If you grab one of the paper containers they will throw at you, open and eat one. A handsome student who was sitting by my side said of it: “Dumplings! They’re delicious!”

To recreate the ambience of an opera-house–possibly an investment of over a million dollars–for the ingenious playwright Dave Malloy’s adaptation of Leo Tolstoy’s romance “War and Peace,” the Imperial Theatre was majestically changed on the inside.

For this show, Denée Benton plays Natasha. Phillipa Soo, who’s now in HAMILTON, played that character in the original cast. Both actresses are amazing: Ms. Benton being of African ancestry takes it to a different level, a wonderful one. (As for Ms. Soo: Her stage kiss with Lucas Steele, who plays Anatole, was the most memorable kiss onstage in all the hundreds or perhaps thousands of theater shows that I have seen in my life–I had a drop of tear as I missed her so bad for this experience.) Most of the original cast are still on the show, though. All of the (few) new actors cast are absolutely great: There’s no one week in their roles.

Do yourself a favor and read this synopsis before you go to the theater. You’ll also find it in your program: 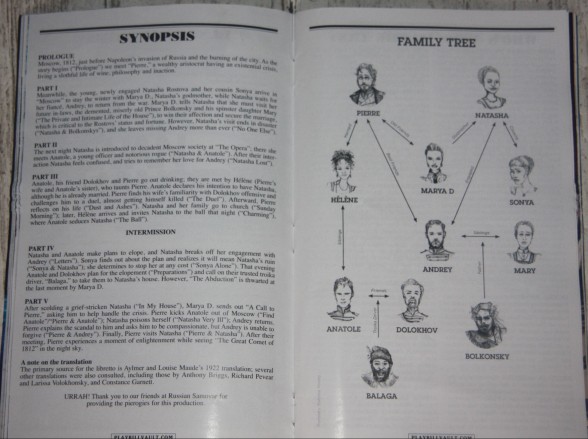 For tickets to this fascinatingly entertaining show, please click on this link: http://broadway.showtickets.com/the-great-comet/ 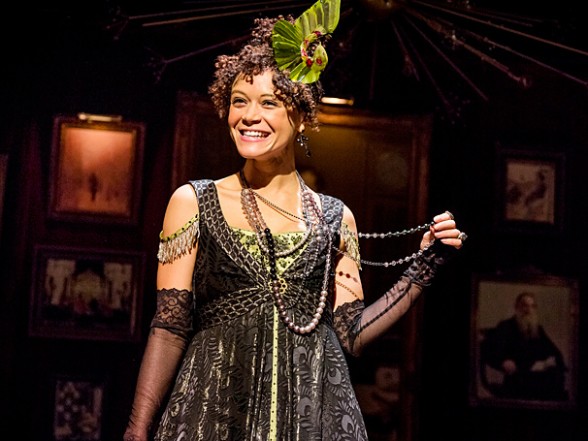 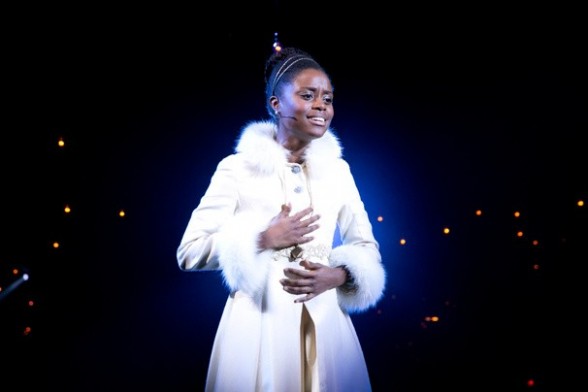