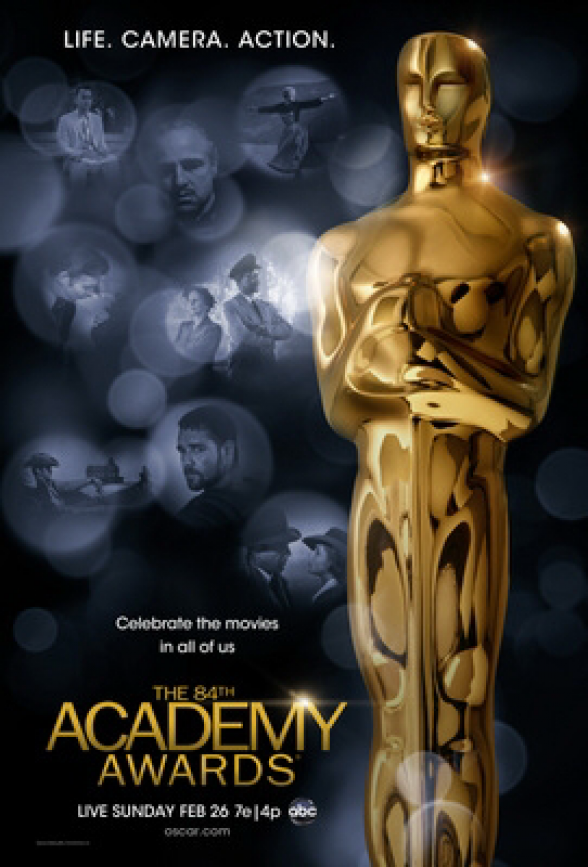 Romney, Santorum and Co. might be out there on the campaign trail in the Republican primary race, but c’mon: We here at Viva! — yours truly, especially — know that the only race REALLY worth caring about is the race for that little gold statue called Oscar. Well, it’s that time again — this year’s Oscarcast is scheduled for Sunday, February 26th — and, in keeping with tradition, here are my picks for who, and what, deserve to take home the gold. (Remember I’m not discussing who WILL win, but who I think DESERVES  to win.)
.[block_content]
The envelope, please!
.
My choice for Best Picture is …
.
“THE DESCENDANTS”
.
There’s an old saying in boxing: sometimes you’ve got to knock out the champ to beat the champ. Alexander Payne’s “The Descendants” has been at the top of my list of Best Picture nominees for months — yep, that’s how long it’s been “the champ” — and after having seen the competition, I can safely say that its crown is secure; no one has KO’d it yet.
.
Starring as a middle-aged Everyman with a dying wife and two spirited young daughters, George Clooney has a kind of shabby, pouchy-eyed weariness about him that we rarely see these days. The girls, played by Shailene Woodley and Amara Miller, are revelations (particularly Woodley), the direction by Payne (helming his first film in years) is top-notch, and that final scene between Clooney and his comatose wife is, indeed, a tear-jerker. This is a movie that isn’t afraid to wear its heart on its sleeve. It’s a weeper, but a good one.
.
And the rest of the list,  in order of preference, goes like this:
.
“HUGO”
.
A visual treat from first frame to last. Asa Butterworth as an adventurous young boy in 1931 Paris; Ben Kingsley as a cranky old shopkeeper; Helen McCrory and Chloe Grace Moretz as Kingsley’s wife and daughter, respectively … they’re all great. Director Martin Scorcese has put together the total package. “HUGO” is as complete and satisfying a motion picture experience as you’re ever likely to see.
.
“EXTREMELY LOUD AND INCREDIBLY CLOSE”
.
Another weeper, even more shamelessly manipulative than “The Descendants”, featuring an amazing performance by first-time thesp Thomas Horn (plucked right off the set of a Jeopardy! kids’ tournament!). A race to solve a mystery involving his Dad, who perished on 9/11   … encounters with all kinds of folks the boy hopes will
help him along the way … an unlikely bond with a silent old man beautifully played by Best Supporting Actor nominee Max Von Sydow … director Stephen Daldry crams an awful lot in here, and it works.
.
“THE ARTIST”
. 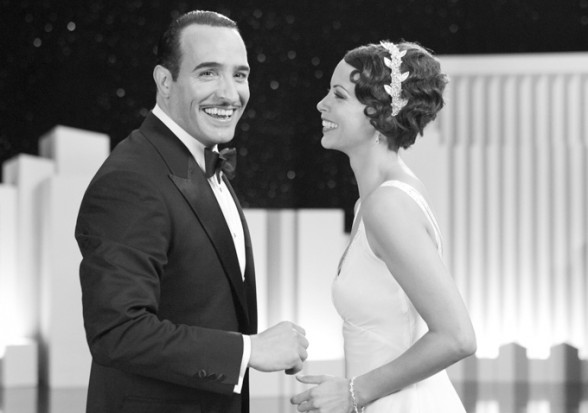 Ranks this high because of the way French director Michel Hazanavicius manages to make a silent movie about silent movies not only viable, but also touching and downright entertaining. Doing so very much with so very little, Jean Dujardin plays a Hollywood icon of the 1920s whose career goes downhill when his studio decides to invest in talkies. Berenice Bejo, as a pretty young starlet who also happens to be madly in love with him, is his fetching co-star. I’m no fan of silent movies, but this sweet little film won me over. A unique and wholly satisfying effort.
.
“THE HELP”
.
A serious film (yet one that is not without humor) featuring a large cast of fully-realized characters, “The Help’ focuses on the racial divide that separated whites from blacks in early 1960s Mississippi. Emma Stone, charming as always, stars as an idealistic young writer researching a book about the lives of her town’s maids and nannies (including the wonderful Viola Davis and Olivia Spencer). Soon, long-held secrets — some of which had lain dormant for years — are revealed, and lives are changed forever. Written and directed by Tate Taylor, this is a beautiful film.
.
“MIDNIGHT IN PARIS”
. 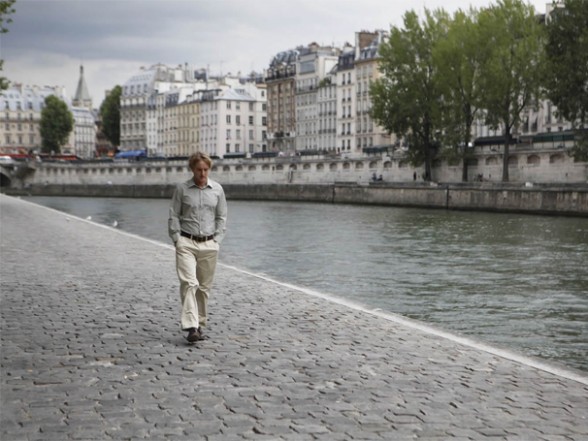