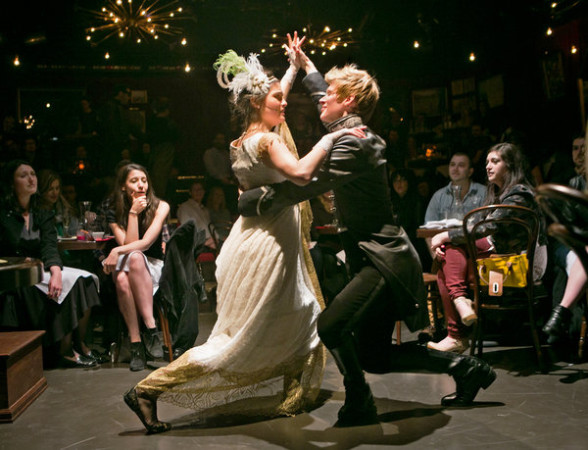 Created by Dave Malloy, the ingenius playwight who wrote and produced this amazingly brilliant musical about the lives of Muscovites in glamorous Moscow in the early 1800’s, this pop-opera is a must-see this season. The show opened earlier this year in a tent in the MeatPacking District, with a fascinating set (a Russian opera house), delicious vodka available in carafes, satisfying dinner (included with your ticket purchase), and excellent performers singing the story beautifully as you dine. As good as you can get of an entertaining evening in Midtown Manhattan, the production runs now at Kazino (259 W 45th Street, between Seventh and Eighth Avenues).

During the Napoleonic Wars, while Russia is being invaded by France, young and innocent countess Natasha, who just moved to vibrant Moscow and is having a great time in that beautiful city, falls in love with handsome Anatole. Sadly, he is married, and Natasha herself had been betrothed to Prince Andrey, who is off to war. At home, Pierre, Andrey’s best friend, stays on alert to the unwanted, developing romance.

Location: 259 W 45th Street, between Seventh and Eighth avenues
Genre: pop opera (a blend of Russian folk melodies and pop music)
Duration: 2 1/2 hours, one intermission
Director: Rachel Chavkin
Restaurants near this theater: not recommended dining before but during the performance.

Link to get tickets for this show. 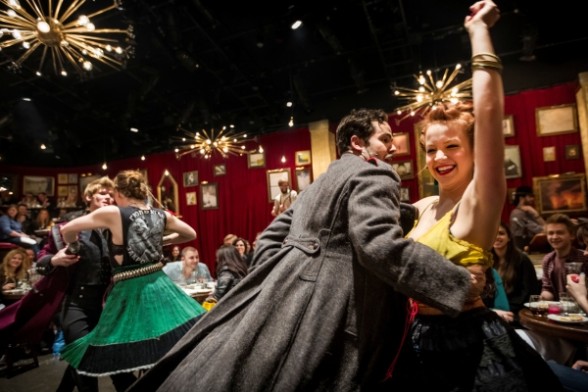 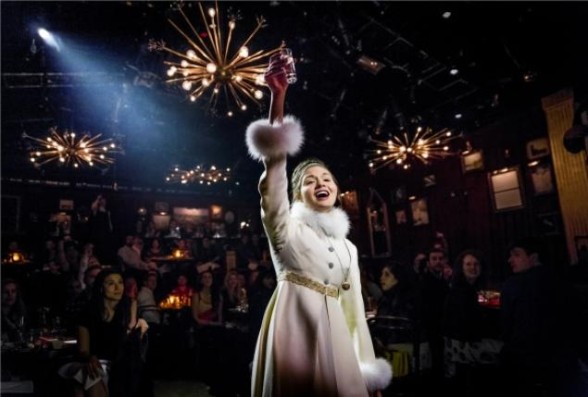 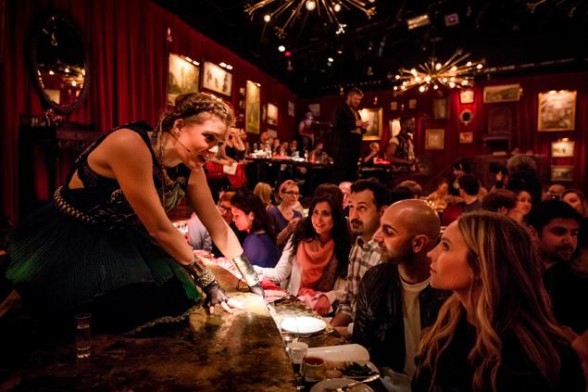 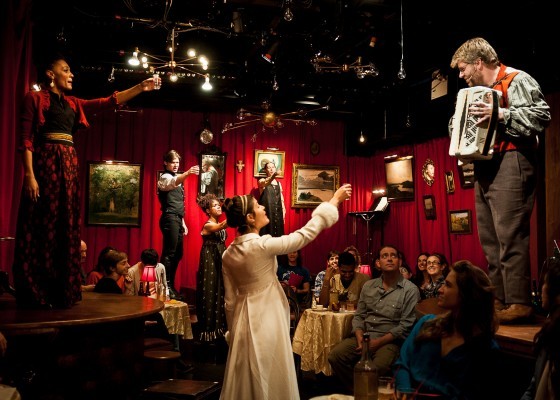