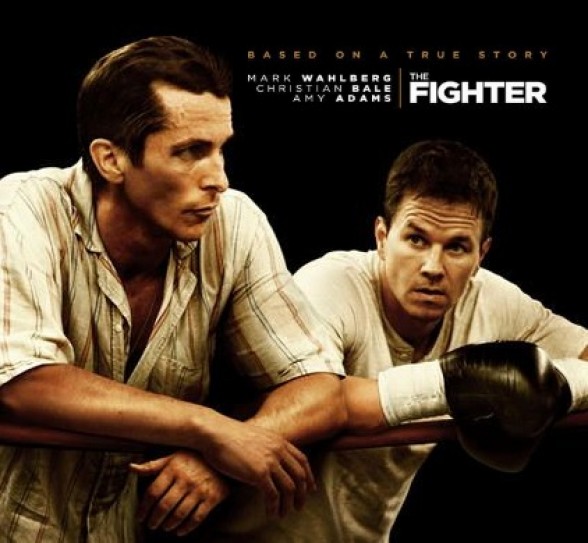 Fight fans, especially fans of the lower weight classes, will always remember a welterweight named Micky Ward, a true ring warrior who absorbed as much punishment as he dished out, and was, in his long and successful career (he is now retired), perhaps best known for his three epic battles with fellow gladiator — and, ultimately, close friend — the late, great Arturo Gatti.

.
Now, director David O. Russell has made a movie of Ward’s life — pre-Gatti, back when Ward was just a journeyman trying to claw his way to the top — and what a fine film it is.
.
“The Fighter” follows Ward from gym to ring to dysfunctional home life and back to the gym again, all while showing us how much he had to overcome: his own uncertainty (he piled up enough bruising losses early in his career to make him think about hanging up his gloves altogether); his crackhead brother, who also happened to be his trainer, albeit one so unreliable that he was just as likely to leave Ward waiting in the gym prior to an important sparring session as he was to actually (miracle of miracles) show up; and his mother, who doubled as his manager, a job she held even as she served as matriarch of a clan that included Micky, Dicky (his brother) and no fewer than seven — count ’em — seven sisters.
.
As with all boxing movies, the lead character here is very much the underdog, and we’re supposed to root for him all the way — to get the training he so desperately needs, to land that big, high profile fight, to KO that opponent with the killer stare that no one thinks he can beat.  “The Fighter” is crafted with such care, such precision, that even those who DO know what kind of warrior Ward went on to become will enjoy going along for the ride.  And those who aren’t familiar with Ward and his hard-earned success — who might even wonder if this particular underdog ever DID get anywhere — well… the movie will be doubly exciting for them.
.

Mark Wahlberg as Micky is excellent; he is never anything less than believable.  In some scenes he’s soft, in others he’s buff (especially after he has rededicated himself to boxing), but in every scene, from first to last, he is troubled but determined Micky Ward, trying to beat what appear to be impossible odds, and make it all the way to the top.

.
In much showier roles, Christian Bale — one of the true chameleons in movies today — is nearly unrecognizable yet again as the hollow-cheeked, sunken-eyed crack-addled brother, Dicky (who was once a promising fighter himself, until his demons took over); Melissa Leo, looking older than her years, brings love, warmth, and a ferocious toughness to the role of the mother, who proves time and again that she is willing to fight like a mother bear to maintain her vise-like grip on Micky’s career; Amy Adams, a favorite of mine since “Enchanted”, is about as far from fairy tales as she could get as the sharp-tongued, steely-eyed (and totally glamor-free) Charlene, whom Micky meets in a bar, falls in love with, and then invites into his inner circle; and Jack McGee, of TV’s “Rescue Me”, does fine work as the caring, but often frustrated, Dad.
.
Russell directs the film with an intimacy, a sensitivity, that is almost voyeuristic.  We’re not just watching the members of this dysfunctional family battle each other — we’re in the same room with with them.  We’re not just listening to lines of dialogue — we’re eavesdropping on conversations that we have no right to be privy to.  There’s a kind of claustrophobic feel to some of the scenes, too, that reminded me of the close, unforgiving confines of the boxing ring itself: once you’re inside it, there is nowhere to go, until the bloodletting — for better or worse — is over.
.
Russell tells the story in a series of short, fast-paced scenes, every one of which is drawn from the grittiest kind of realism; you never forget that you are in an ordinary, middle class neighborhood in Lowell, Massachussetts. This refreshing lack of pretension is one of the movie’s strengths, and also — aside from the performances –perhaps the best reason to see it.
.
Whether you’re a boxing fan or not — whether you’re a Micky Ward fan or not — “The Fighter” (a Best Picture nominee at the upcoming Oscars) is a winner.
.
FILM REVIEW by Stuart R. Brynien
.