Home Theatre Reviews THE DEVIL MADE HIM DO IT: A REVIEW OF ROBERT ASKINS’ OUTRAGEOUS...
Facebook
Twitter
WhatsApp
Email
Print 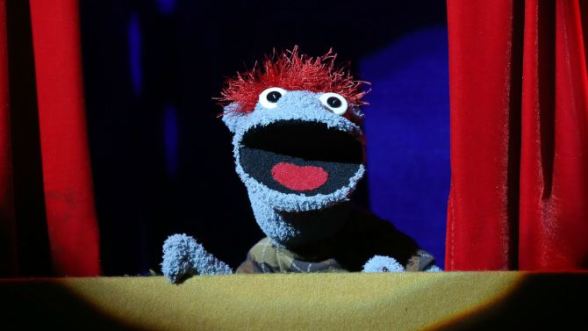 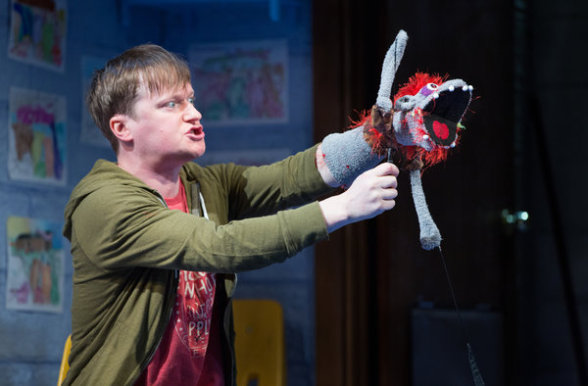 In Hand to God – now at Broadway’s Booth Theatre after a successful run off-Broadway — Steven Boyer plays Jason, a deeply disturbed 15-year-old with a perpetually furrowed brow, a widowed mother…and, oh yes, an evil, vulgar sock puppet named Tyrone who just might be possessed by the devil.

Jason belongs to a puppet club for Christian teens, which meets regularly at his local church.  Also members: pretty, level-headed Jessica, and foul-mouthed slacker Timothy.  Jason’s mom Margery runs the club while Pastor Greg drops by occasionally to see how things are going.

When the pastor puts the moves on Margery (sexually frustrated and oh-so-lonely ever since the death of her husband), when horndog Timothy does the same with quite a bit more success (he’s been lusting after Margery for a while), but — mostly — when it becomes horrifyingly clear that Jason doesn’t control Tyrone as much as the other way around…everything — libidos, puppets and all — hits the fan.

Boyer is sensational, shifting from a boyish whine to the gruff, demonic declarations of Tyrone with ease; because his F-bomb-dropping pal never leaves his side (or his hand) he’s actually playing two characters, often at the same time, and it’s quite a performance. As Margery, Geneva Carr has sweetness and charm and, once all the extravagant silliness kicks into gear, a real knack for physical comedy; as Timothy, Michael Oberholtzer is smart-assed, oversexed (his hormones aren’t just raging, they’re boiling over), and just plain funny; and Sarah Stiles’ Jessica, who has a crush on Jason and does her best to save him, and Marc Kudisch as the sleazy, smooth-talking but ultimately overwhelmed and scared-to-death pastor, are excellent.

Hand to God has been nominated for a slew of Tonys, and deservedly so. Not only is it a hell of a show, but — I daresay — you’ll have a bloody (and yes, you may take that literally) good time. 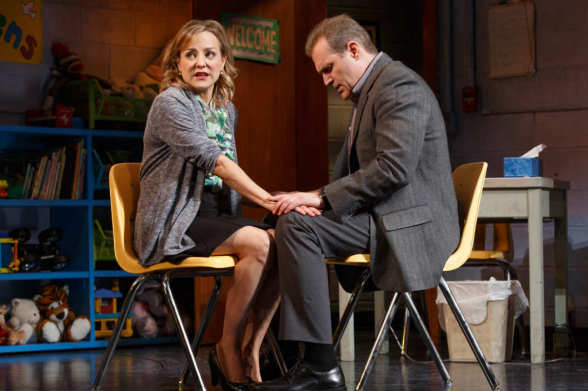 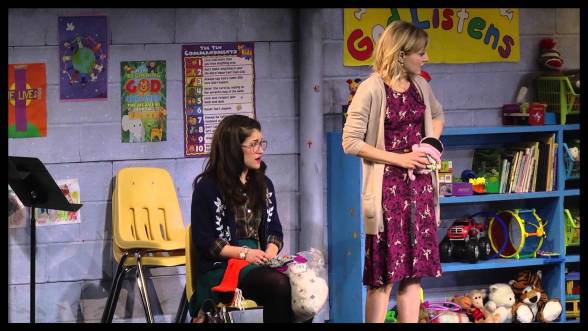