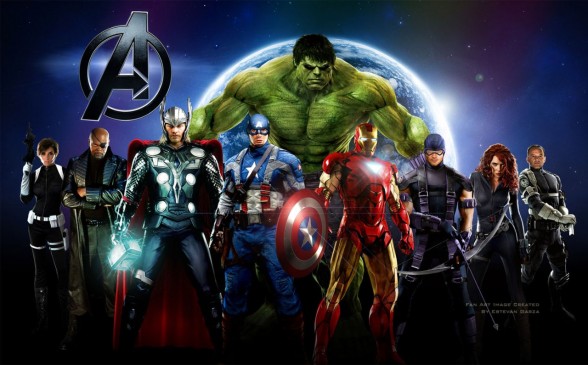 It’s a bit late, but I’ve finally decided to toss my hat in the ring — not to mention my hammer, shield, and weapons-laden armor — and weigh in on one of this summer’s biggest blockbusters, “The Avengers”.
. 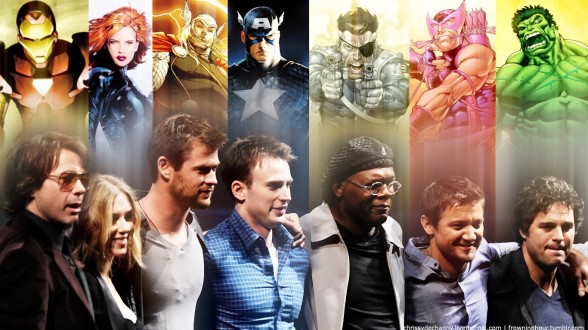 A feast for comic book fans, “The Avengers” features six — count ’em, six — heroes, plus one super-villain, a (nearly) decimated New York City (what else is new?) and any number of ugly, heavily-armed invaders from outer space determined to blow our heroes, and everything around them, to smithereens.
.
Director Joss Whedon (he also penned the screenplay) has assembled an impressive cast; they don’t do a whole lot of acting — indeed, most of the time they do more posing than performing — and the moments of real drama, when, for example, one character shares his painful backstory with another, can be counted on the fingers of  … oh, one hand.  But Robert Downey Jr. is his usual sly, smirky self as Tony Stark/Iron Man, Chris Evans is suitably heroic as uber-patriot and de facto team leader Captain America, newcomer Mark Ruffalo is appropriately haunted as the benign-yet-beastly Dr. Bruce Banner, aka the Hulk, and Chris Hemsworth is staunch and studly as the hammer-flinging Norse god, Thor.  (Scarlett Johansson as Black Widow, Jeremy Renner as Hawkeye, and Samuel L. Jackson as the brains behind the team, SHIELD honcho Nick Fury, also acquit themselves admirably.  Ditto for Tom Hiddleston as the movie’s number one baddie, Thor’s evil brother Loki; with his long black hair and pale skin he may look like a rock star in between arena gigs, but he certainly doesn’t act like one.)
. 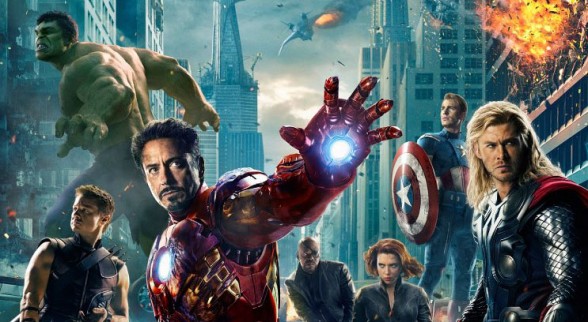 Whedon never lets us forget what this movie is right down to its core: an action flick.  From the opening high-speed chase sequence, after Loki has arrived on Earth and promptly stolen some kind of top-secret WMD that can pretty much obliterate the planet, to the long and exciting finale, in which Loki’s henchmen swarm the Big Apple like mosquitoes at a picnic in July, Whedon keeps the pace fast and frenetic.  There are no dark, sinister tableaus here, either; if anything, nearly all the action takes place in broad daylight, allowing us to actually SEE who is doing what to whom. (How refreshing!) And, even more importantly, there’s a sense of humor on display: “The Avengers” is playful, not ponderous — light, not labored.  The heroes banter, they bicker; Tony Stark jokes flirtatiously with his comely assistant, Pepper (an underused Gwyneth Paltrow); Renner, as archer extraordinaire Hawkeye, gets off some shots that are so incredible, so plainly impossible, you can’t help but throw your head back and laugh … it is that kind of lighthearted romp.
.
Is it a great movie? No.  But is it more entertaining,  even easier on the eyes, than some of the darker, more densely-plotted superhero flicks out there?
.
Most resoundingly … yes.
.
FILM REVIEW by Stuart R. Brynien