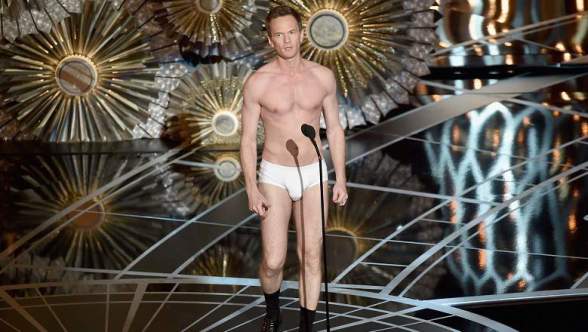 Some random observations about this year’s show…

Terrific opening, with Anna Kendrick (who clearly knows how to deliver a joke) and Jack Black (clearly channeling his inner Kanye): as a celebration of the motion picture industry it worked beautifully, and was, as expected, an early highlight.

Touching speech by J.K. Simmons, onstage to collect his Oscar for Whiplash. Call your mom? Call your dad? You called it right, J.K. – nice moment.

So Harris’ own predictions were stashed away in this mysterious briefcase, which wasn’t to be opened till the end of the show? Good try, but it fell flatter than a Keanu Reeves line reading, and was just about as funny.  And then, to top it all off, they weren’t even PREDICTIONS? Huh?

The “Lo” in “J-Lo” might as well have been used to describe the neckline of her gown, as she presented the award for (ironically) Best Costume.  Yikes!

Kudos to the director of the Best Foreign Film winner, Poland’s Ida, who stubbornly refused to allow the walk-off music to prevent him from finishing his speech.  Bravo! How do you say “chutzpah” in Polish?

Amusing riff on Birdman, with Harris darting around backstage in nothing but his undies.  But then, NPH is used to parading around in his birthday suit, or close to it; he starred in Hedwig and the Angry Inch on Broadway, after all.

Arquette’s speech, after copping (as expected) Best Supporting Actress honors for Boyhood certainly brought the crowd to its feet, didn’t it? (And no one faster than the fist-pumping Ms. Streep.)  Equal pay? Equal rights? An important message, and great TV.

Arquette WAS pretty damn good in Boyhood, wasn’t she?

Has there ever been a song that Jennifer Hudson HASN’T blown out of the water?

Amazing that so many winners were able to find time to thank their agents & managers & publicists, after doling out all those thank-you’s to their spouses & children & parents, first.

Did I miss a meeting or something? Exactly WHY wasn’t David Oyelowo’s spot-on portrayal of Martin Luther King in Selma not nominated?

Another example of how NPH’s writers betrayed him: “Edward Snowden could not be here tonight for some…TREASON.”  Really?

The Common/John Legend-led performance of Glory was certainly as good as advertised.  Liked their Best Song acceptance speech, too.

Clever idea, pairing Idina Menzel with John Travolta.  No gaffes this time, either.  (Of course, the old sweathog DID let Menzel do all, or at least most of, the talking,)

Has there ever been a musical performance on a show like this teased as regularly, touted as relentlessly, as Lady Gaga’s? Harris couldn’t go to commercial — and neither could the announcer – without reminding us to stay tuned (as if we were going anywhere) because…Gaga was coming!

Clearly, Gaga was auditioning for a Broadway gig of her own or, at the very least, a featured spot on an upcoming Tony Awards telecast.

Boy, I knew the Lady could sing, but I didn’t know she could sing THIS well.

You knew something was up, though, when she started hangin’ out and recording with Tony Bennett, a career move that had “Look at me, I’m going mainstream!” written all over it.

Oh, and happy birthday, Sound of Music.  No wonder they showcased you! 50 years, huh?

Nice to see you, Julie Andrews.

A few other speeches worth noting: Graham Moore’s ode to self-empowerment after winning Best Adapted Screenplay for The Imitation Game…Eddie Redmayne’s reaction to copping Best Actor for “The Theory of Everything”…and Julianne Moore’s, after scoring yet another Best Actress win for “Still Alice”.

The Big Winners: Birdman and (largely in the design categories) The Grand Budapest Hotel.

The Big Losers: the writing staff, which handcuffed Harris with clunky, cheeky, unfunny jokes at nearly every turn.

And, of course, me.  My picks – chiefly among them The Imitation Game and “The Theory of Everything” – didn’t do so well, either.

But then, I didn’t expect them to.

Better luck next year, I guess – for the folks who write the show and for the people, like me, who watch it. 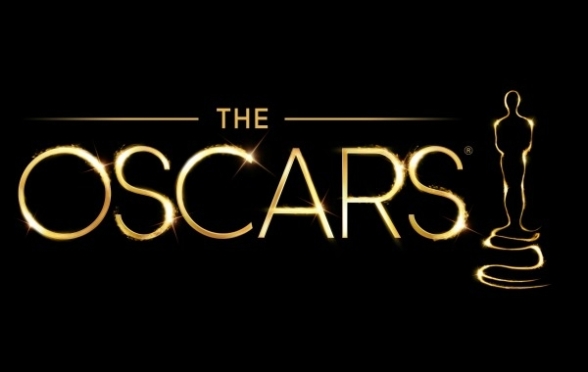