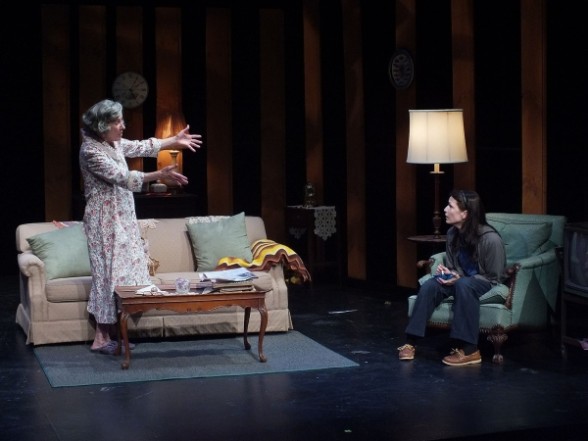 A young woman — thirtyish, dour, a bit fussy, but at the same time almost eerily calm — asks her mother for her late father’s gun. “What do you want the gun for?” Mama replies. “For protection,” her daughter says, evasively … until, a few moments later, she reveals the awful truth: she is asking for the gun because she wants to kill herself.

So begins Marsha Norman’s 1983 Pulitzer Prize-winning “‘night, Mother”, now being revived, under the direction of Cyndy A. Marion, at the Hudson Guild Theatre on West 26th Street. Over the course of the next ninety minutes — and a conversation that covers dead spouses, delinquent children, batty friends, and the terrifying effects of epilepsy — Jessie, the daughter, reveals precisely why she is planning on ending her life even as her mother tries desperately to talk her out of it. It’s a high-stakes game of tug-of-war, and — given their fragile, imperfect relationship — they’re playing with a very old, and very frayed, piece of rope.

“‘night, Mother” takes place in real time; there’s even a clock on the wall of the nicely detailed kitchen/living room set that serves as a constant reminder of how much time has already passed, and how little Jessie has left. Secrets are revealed, illusions smashed, apologies tearfully offered and accepted, and through it all, Jessie’s promise — that pretty soon she will say, simply, “‘night, Mother”, disappear into her room, pick up the gun, and pull the trigger — looms ahead of them like the specter of Death itself.

As Mama, Joy Franz is wonderfully expressive; the range of emotions swirling across her face — amusement, disbelief, horror, resignation — is something to see. Laura Siner as Jessie, on the other hand, seems, at times, almost too morose, too resigned; quite often, instead of amping it up, she appears to be dialling it down.

Make no mistake, though; the ending — one of the most powerful in contemporary theatre — still packs a punch, and if, as the final painful moments unfold, you feel a tear or two trickle down your cheek … don’t be embarrassed.

You won’t be alone.

(Note: White Horse Theater Company’s production of “‘night, Mother” is playing at the Hudson Guild Theatre through Sunday, May 19th.) 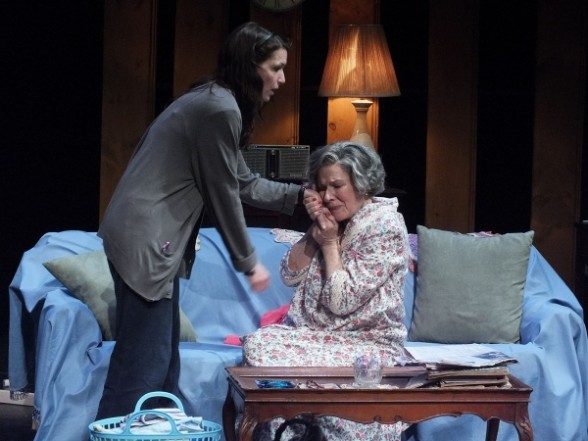