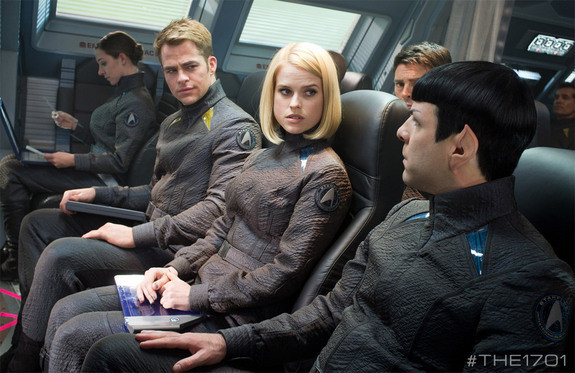 As the action begins (and make no mistake, there’s plenty of action), Kirk and the Enterprise’s chief medical officer, Leonard “Bones” McCoy, are fleeing an angry mob of aliens whose planet — thanks to an erupting volcano — is about to explode. Spock puts his life on the line and saves the planet, Kirk allows the natives to see the ship in all its immense, turbo-charged slendor as he goes about saving Spock, and the Enterprise soars off into space … but before Kirk can spend too much time patting himself on the back, he’s called on the carpet for violating the Prime Directive, and casting withering looks at his old Vulcan buddy for reporting him to Starfleet in the first place.

And that’s just in the FIRST half-hour.

Exploding, top-secret Starfleet installations back on Earth (London, to be exact) … a nasty showdown with some new-look Klingons … deadly secrets, duplicitous senior officers, betrayals and backstabbings, courage and sacrifice … what follows is everything we have come to expect of our Star Trek movies, and more.

Does Abrams offer anything new? Let’s put it this way; Khan isn’t the ONLY nod to Trek’s colorful past to pop up over the course of the film. But Chris Pine, reprising his role as, arguably, the most famous space cowboy of them all, Captain Kirk, is as stalwart and heroic as ever (and can even, when the script demands it, act); Benedict Cumberbatch oozes villainy (and is oh-so-British) as the cold-blooded Khan; Peter Weller is all steely-eyed stares and scary pronouncements as Kirk’s war-mongering boss, Admiral Marcus; Zachary Quinto is as conflicted as ever as the half-human, half-Vulcan Spock; and Simon Pegg provides, once again, just the right amount of levity as the harried and unexpectedly heroic Scotty. Alice Eve as Marcus’ daughter Carol, Zoe Saldana as Spock’s significant other, Uhura (!), and Karl Urban as that old country doctor, “Bones” McCoy, do fine work, too.

Mostly, though, this is Abrams’ film, and the story he tells — with its striking mix of intimate close-ups and elaborately staged battle sequences — is a compelling one. So what if you might sit there thinking that you’ve seen it all before? So what if a sizable chunk of it was cribbed from its big- (and small-) screen predecessors?

“Star Trek Into Darkness” is a roller coaster ride that hurtles along at warp speed. Hop aboard, fasten your seat belt … and enjoy. 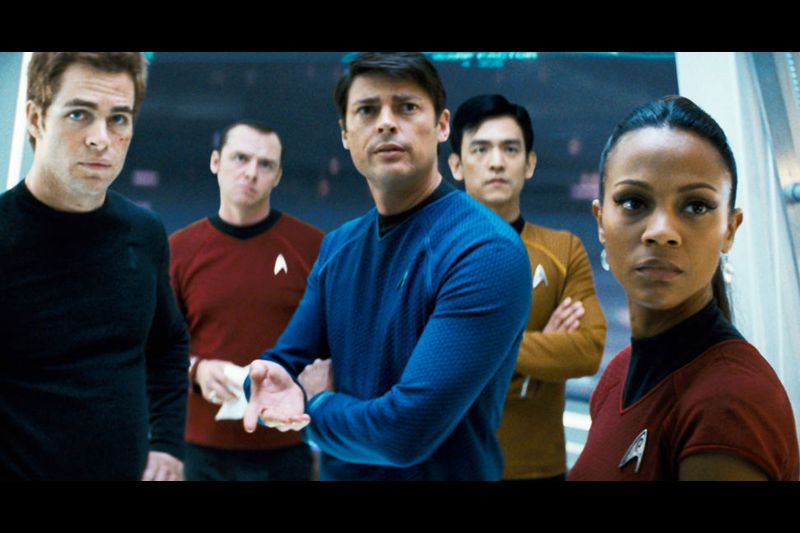 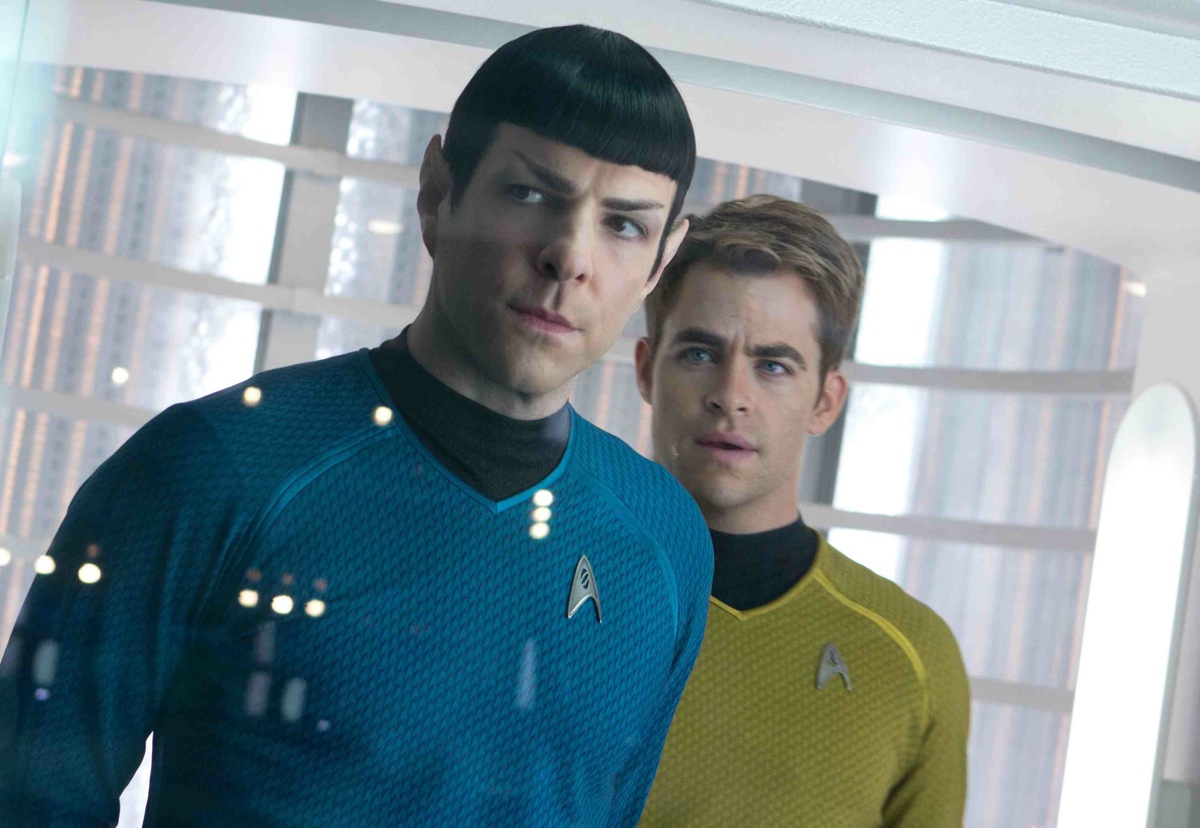 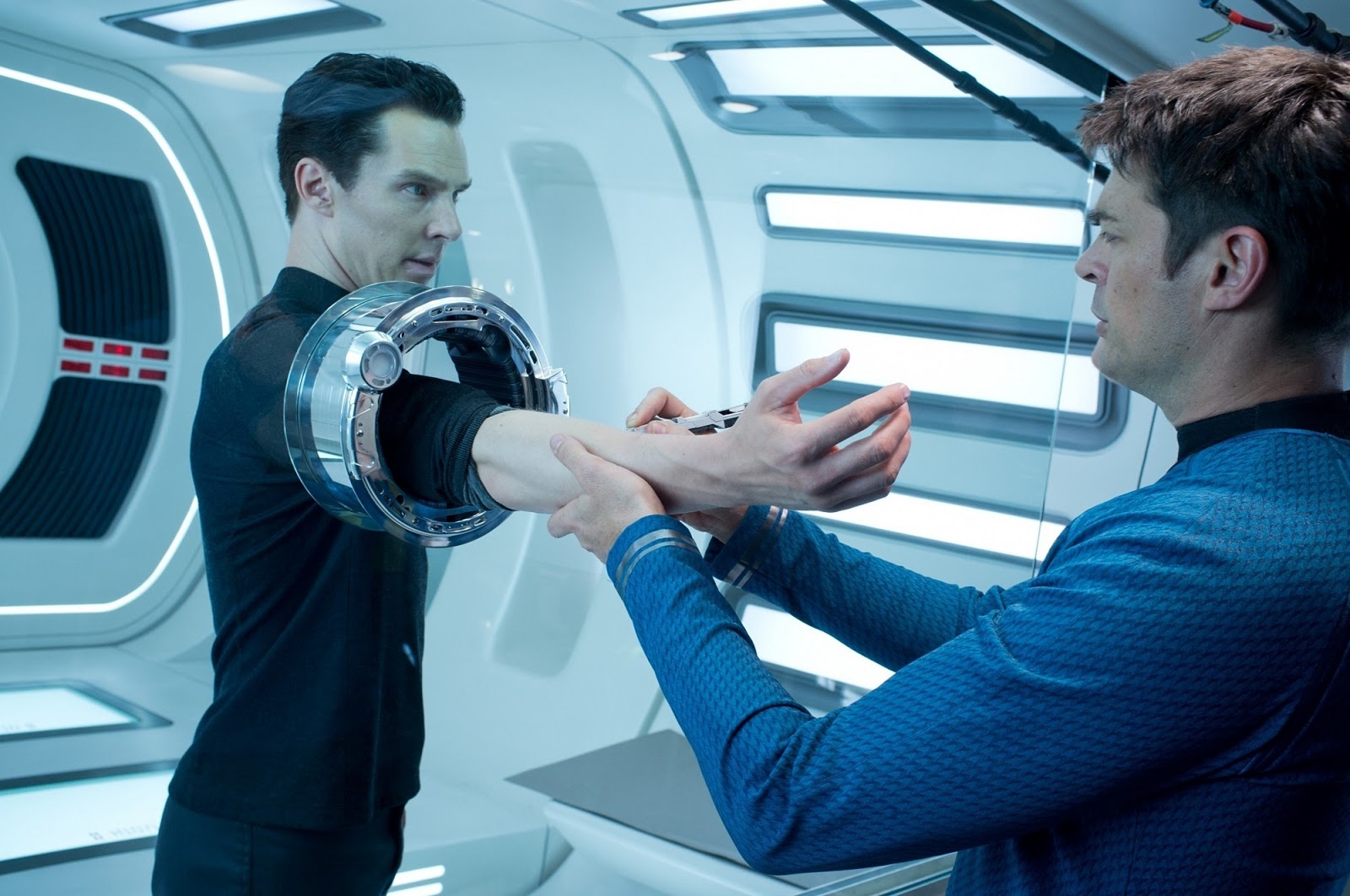 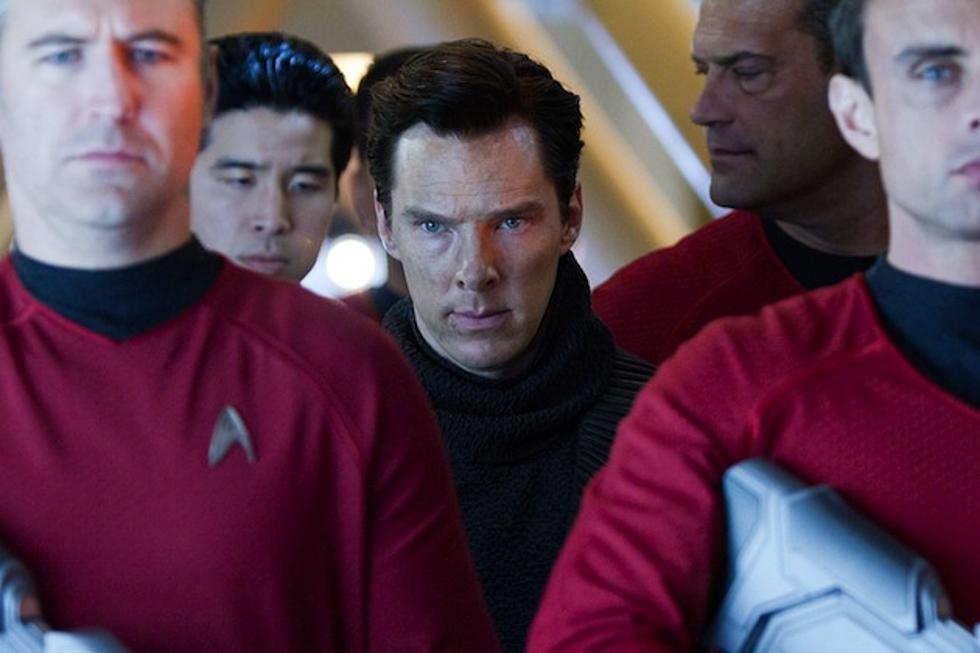