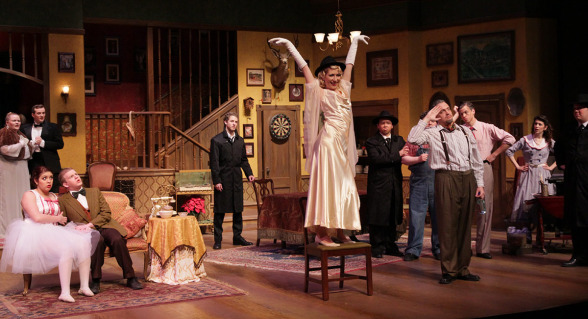 The Sycamores are your typical American family–that is, if your definition of “typical” is broad enough to include a flighty, tax-dodging grandpa, an inventor dad who spends all his time blowing up the basement with homemade fireworks, or a daughter who is fond of flitting about the house like a prima ballerina…and that’s just for starters.

They are the family–every last, loony one of them–in the winning and heartwarming You Can’t Take It With You, the 1930s screwball comedy now being given a top-notch revival at Broadway’s Longacre Theatre.

James Earl Jones leads a cast of seventeen as the perpetually sunny, ever-smiling (the smile doesn’t fade even when the tax man comes calling) Mr. Vanderhof, who owns the modest, two-story clapboard house in which all the shenanigans take place. He presides over a clan that features not only the lovable oddballs mentioned above, but also a clueless playwright daughter (who only started writing plays when a typewriter was delivered to the house by mistake years ago), a hilariously rubber-faced, elastic-limbed son-in-law, and–for everyone is welcome at Vanderhof’s house–the ballerina’s big, Russian bear of a dance teacher.

When another granddaughter–pretty young Alice, the “normal” one–reveals that she’s bringing home her boyfriend, who happens to be her Wall Street boss’ son…when the unsuspecting young man actually meets her family…and, worse, when his upscale, uptight PARENTS collide with them all, the zaniness truly begins.

Jones, figuratively and literally the centerpiece of the play–much of the time, he sits at the dining room table, downstage center, and never leaves–is very good. It took me a while to warm up to him, with that big, booming voice and, especially early on, those declarative, Darth Vader-like line deliveries, but warm up to him I did, and sooner than I thought; he’s just a big, beaming kid, an overgrown child, and (as his philosophy of life, voiced late in Act III, makes clear) a wise one, at that.

Among the other standouts in the hard-working cast, Kristine Nielsen was dotty and ditzy and altogether delightful as the kitty-loving playwright, Penelope; Annaleigh Ashford was a dancing fool (and talented clown) as the ballet-crazy Essie; and Reg Rogers brought just the right mix of brashness and buffoonery to the part of Boris the balletmaster. Kudos, as well, to Julie Halston as a tipsy actress, the scenery-chewing Elizabeth Ashley as a former member of the Russian aristocracy and now a waitress at a New York diner (!), and the lovely Barrett Doss, understudying as Alice, and Fran Kranz as her beleaguered beau, Tony, both of whom were charming, indeed.

Director Scott Ellis kept the wacky proceedings moving right along. the abundantly-detailed set by David Rockwell looked warm and cozy and inviting, and the costumes and lighting by Jane Greenwood and Donald Holder, respectively, were spot-on.

Maybe you CAN’T take it with you–but you’ll sure find yourself leaving the theatre with a smile on your face. 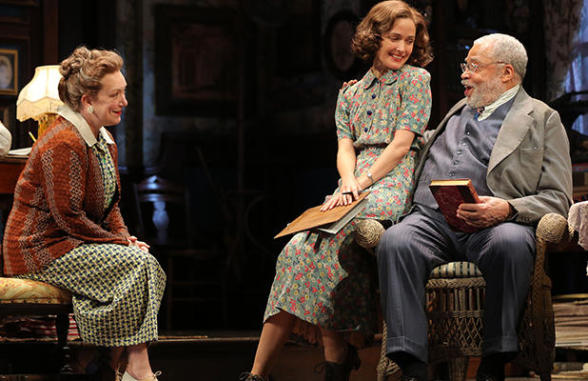 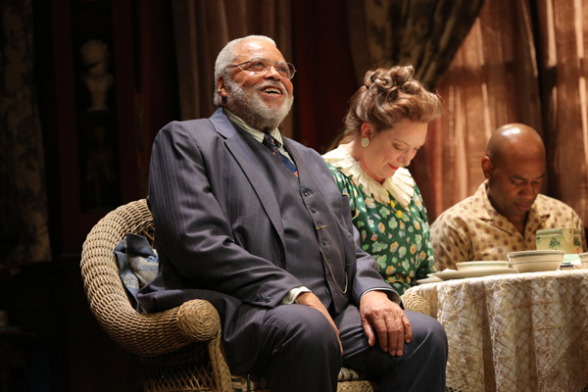 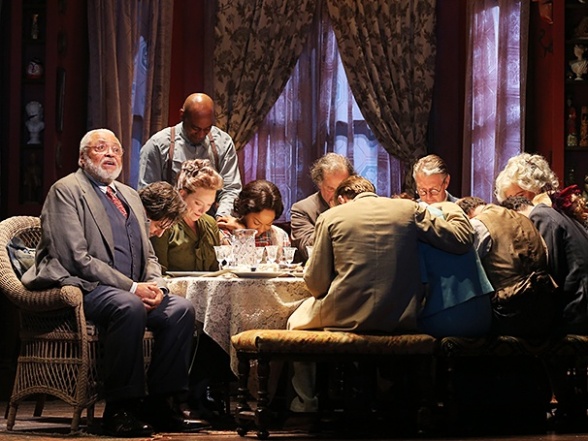