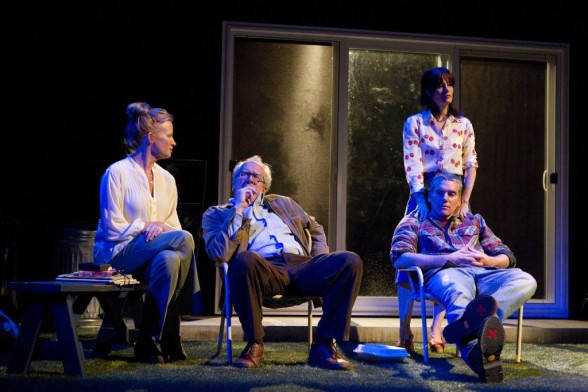 Will Eno’s The Realistic Joneses marks the playwright’s Broadway premiere and is a welcome breath of fresh, absurdly funny, air. Pony and John Jones move to a small town by the mountains and land down the street from Bob and Jennifer Jones. The two sets of Joneses intermingle, chat awkwardly and stay mostly civil to one another. But hidden beneath their seemingly normal veneer is the waft of disease. Bob Jones has a terminal disease that has left him occasionally blind and completely uncurious about his treatment options and his progress. Jennifer is left managing his care and also managing their relationship. Meanwhile, they both try to figure out what’s going on with the Joneses down the street. If this sounds boring it’s not. The dialogue is delightfully dead-pan and bizarre and the way all four characters handle their relationships and flaws are surprising and complex.

John admits to Jennifer that he suffers from the same rare disease as Bob and that’s why they moved to this particular town (there’s a specialist nearby), but he still hasn’t told Pony about any of this. She can’t handle stress or illness and he doesn’t want to complicate matters. The Realistic Joneses is really more philosophical and entertaining rather than having a distinct plot.

What truly distinguishes this play is the terrific ensemble cast, all of whom are known for their work in film and television, but who are comfortable and playful onstage. Tracy Letts is gruff and begrudging as Bob Jones, acting older than he  is and yet not afraid to take an occasional risk. Toni Collette portrays Jennifer as a woman who is barely managing to keep everything together, but who has moments of real strength. Michael C. Hall bumbles and trips over himself as John Jones, a Mr. Fixit who hides his illness from his wife but is also encouraging of a potential dalliance between her and the other Mr. Jones. Marisa Tomei is equal parts ditzy and earnest as Pony.

Sam Gold, who directed the 2012 production of The Realistic Joneses, is well- suited to Eno’s work. Everything bubbles under the surface naturalistically and the set, which is one Jones’ backyard and the other’s kitchen with a shared screen door ties the two couples together while not letting the two worlds bleed too much to be confusing. The set design blends this world of naturalism and philosophical visually. The lighting design, on the other hand, is a little messy and sticks out in an otherwise gorgeous show.

The Realistic Joneses is a funny, poignant, thoughtful play about humanity and death and connection. It also boasts one of the better ensembles on a Broadway stage. See it for the play and what the actors bring to an already funny and smart script. 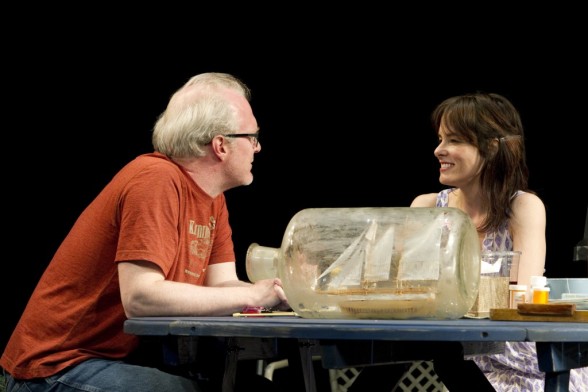 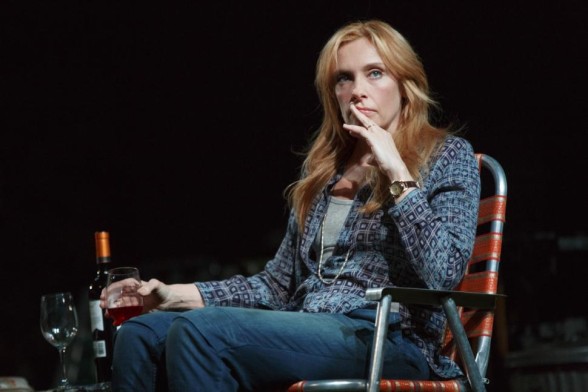