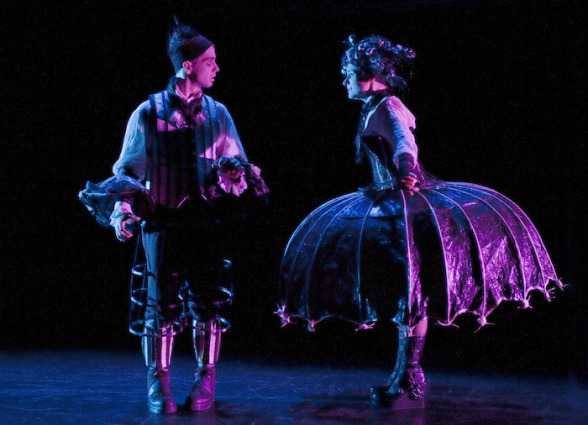 Critic, poet, horrormeister, inventor of the modern detective story – and hardcore alcoholic – Edgar Allan Poe died drunk and delirious in a Baltimore hospital in 1849, leaving behind a body of work that thrills us, and chills us, to this day.  “Nevermore — the Imaginary Life and Mysterious Death of Edgar Allan Poe” — recently imported from Canada and now playing at New World Stages — takes us from his early days as the child of a boozy father and manic-depressive actress mother, all the way to his final days, and that last, fatal bender at a Baltimore bar.

Scott Shpeley — all raccoon eyes and dark, gloomy demeanor — plays Poe as a haunted fellow never quite able to escape the ghosts of his past. (Among them: the spectres of all the people he knew and loved who died, much too young, of consumption.) The rest of the cast of seven, portraying his brother and sister, his parents (biological and adopted), the girls he loved, and the editors he worked for — plus numerous others — are equally as effective, particularly Garett Ross as his adopted dad, the cheap and cold-hearted Jock Allan, and Shannon Blanchet as Elmira, the girl with a penchant for graveyards, a talent for ghost stories, and was the girl he was planning to return to when he died. (The rest of the versatile and hard-working cast: Gaelan Beatty, Beth Graham, Ryan Parker, and Lindsie VanWinkle.)

The music and lyrics by Jonathan Christenson, who also directed, has a hypnotic quality about it, and Shtepley’s Act II rendition of Poe’s most famous poem, “The Raven”, is a show-stopper.  Nearly everything is sung or recited in rhyme — often right at the audience; Christenson rarely allows his actors to address each other directly — and his lyrics demonstrate a real flair for the dramatic (and echo Poe’s cadences very nicely).  The grotesque make-up, bizarre costumes, and uber-stylized choreography only add to the appropriately macabre, and occasionally even mirthful, effect.  (The creative lighting — some scenes are staged in near-darkness — helps, too.)

Granted, the bodies pile up a bit too high — did we have to witness the last, wheezing breaths of SO MANY of the people in his life? — but no matter.  “Nevermore — the Imaginary Life and Mysterious Death of Edgar Allan Poe” is a hyper-theatrical, hugely entertaining, and often moving piece of theatre. 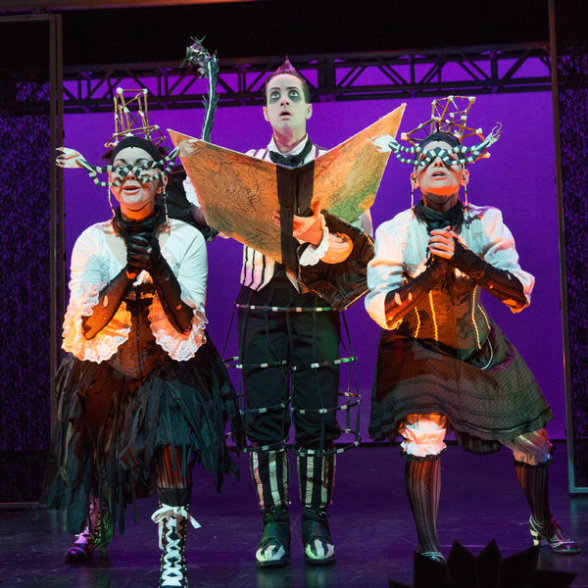 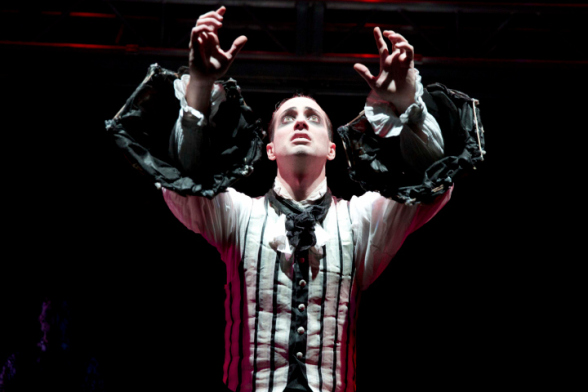 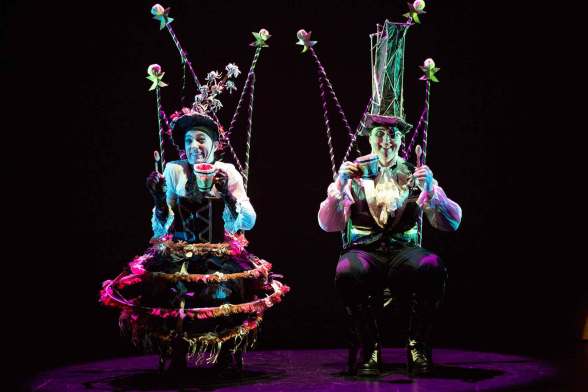