The film shows us that Lugo (Wahlberg) has a criminal past, in which he has defrauded people and paid for it, and been given a second chance by the owner of Sun Gym (Rob Corddry), becoming the gym’s chief trainer. However, as time goes by, his vision of the American dream fades, leading to frustration, consequence of the mediocre life he thinks he is living. This, along with the indirect “encouragement” he receives from a public speech by motivational guru Johnny Wu (Ken Jeong), pushes him to start thinking of a plan to make a big change in his life. He wants to start living big.

The best idea that comes to his mind is to kidnap his client, millionaire Victor Kershaw (played by Tony Shalhoub), a man whom even those who choose to support have trouble liking. In order to properly carry out this plan, Lugo recruits colleague trainer Adrian (Anthony Mackie) and an ex-con who has put his addiction problems to cocaine and alcohol behind him, and found redemption in faith, Paul (Dwayne Johnson). (The latter is one of the positive notes of the film, Johnson’s interpretation is layered and becomes even more interesting as the final sequences of the film reveal the ending.)

Another interesting and well portrayed character is Robin Peck (played by Rebel Wilson), the woman that Adrian meets at the clinic while trying to fix his erectile disfunction problems connected with steroid use, and then goes on to move in with and marry. Everything seems to be going well for the gang, even though they are making mistakes so obvious they seem comic, in a dark way, until, having blown all their money, they decide to attempt a new crime, aiming to trick another local moneybag, Frank Grin (played by Michael Rispoli) and his wife/partner Krisztina (Keili Lefkovitz).

Meanwhile, Kershaw, who survives multiple attempted murders, has managed to grasp the attention of retired private investigator and cop Ed DuBois (Ed Harris), who, following the gangs second hit, manages to get the police to help him on the case.

Michael Bay directs this dark comedy with skill, demonstrating his ability to make an interesting movie without an extra high budget (estimated $25 million dollars) and without tons of explosions and special effects. He also makes an interesting choice as to the direction the film takes, making it somewhat funny and light for the first part, easy to connect with, and then much more rhetorical. He does so to remind us that it is loosely based on a true story and certainly not a funny one, as various people loose their lives. A story in which an easy and harmless crime turns into a blood bath, Bay almost seems to be cautioning his audience on how dangerous the consequences of excessive self-entitlement can be. 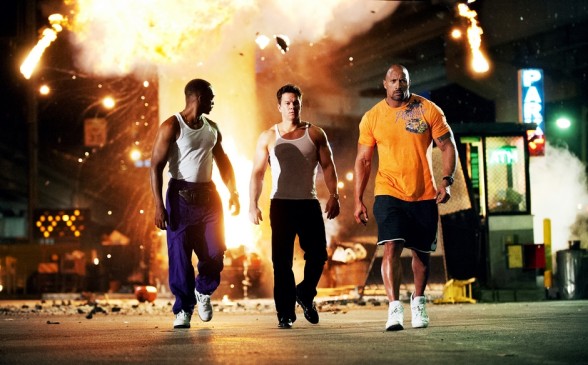