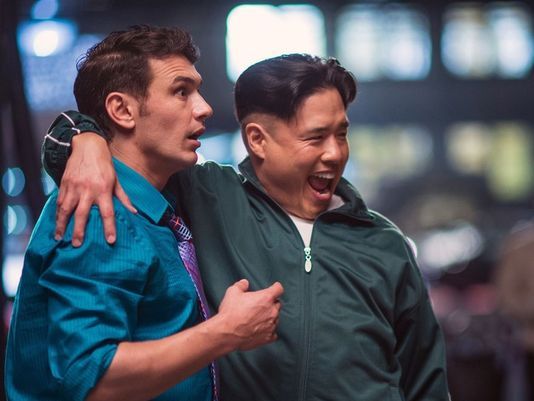 Yanked from theatres by panicked studio heads after threats of reprisal by the North Korean government, The Interview – now available for the first time – features stoner soulmates James Franco and Seth Rogen as Dave Skylark and Aaron Rapaport, the star and producer of a celebrity-driven TV talk show, one that favors the usual fluff over substance, nonsense over news.

When Skylark discovers that North Korean dictator Kim Jong-un is a fan of the show, he has a brainstorm (no small feat, considering what a nincompoop he is): why not set up an inteview with him? Think of the ratings! Soon, the CIA learns of their plan, and is recruiting Dave and Aaron as paid assassins.  (“We want you to take him out,” they’re told.  “Take him out? You mean, like…to DINNER?”)

Of course, a clumsier pair of killers would be hard to find.  (Abbott and Costello, maybe.)  They’re whisked off to the other side of the world, glom onto Kim, and lay their trap…even as their eagle-eyed handlers watch their every move from their high-tech lair back home.

The chemistry between Franco and Rogen is undeniable; there’s an improvisational vibe to their scenes that’s fun to watch, though the sophomoric nature of the humor – many of the jokes are of the dick-and-butthole variety – begins to wear a bit thin after a while.

Franco, with his merry eyes and goofy grin, and Rogen – supposedly the smarter of the two – overact ferociously.  As Kim, Randall Park is boyish and bro-ish, humbled by Dave’s company (he’s an American TV star, after all), and not at all what you’d expect a villain of his ilk to be (spoiler alert: that changes later).  Diane Bang as his sexually frustrated propaganda chief, a hot little number in a tight uni and no-nonsense bun, provides some effectively comic moments of her own.

There’s an alarming amount of blood and gore – Rogen, who co-wrote and -directed, lays the slapstick violence on a bit thick, particularly toward the end – and it’s easy to see why North Korea won’t be putting this flick on its Ten Best list anytime soon; its portrayal of their Supreme Leader isn’t exactly flattering.

Nevertheless, you can’t help but wonder: is THIS what all the fuss was about? A crude little bromance, a political satire wannabe, starring two of the most laid-back, apolitical stars on the planet?

Franco and Rogen should hope that ALL their films get this much publicity…warranted or not. 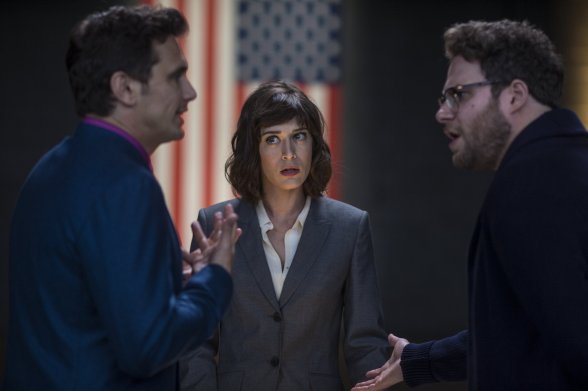 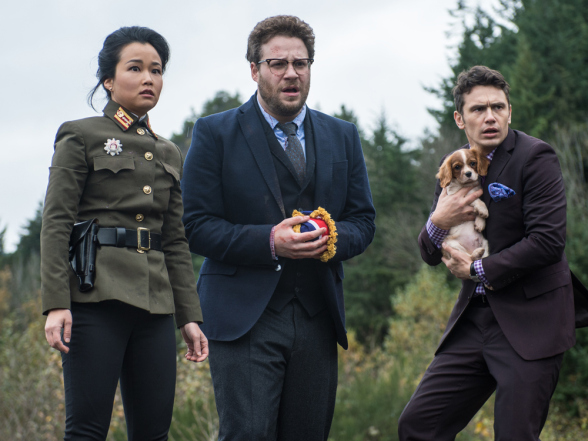 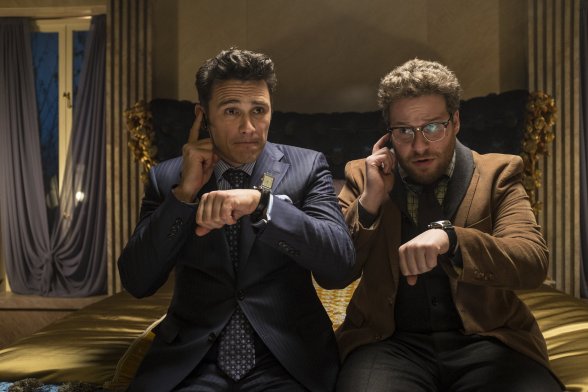