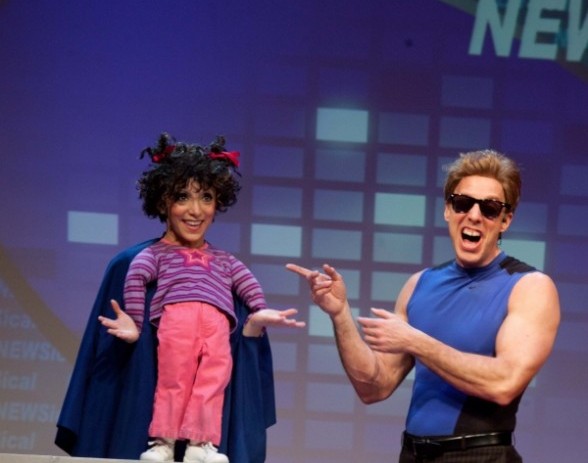 Fans of celebrity- and politico-bashing humor will get a kick out of “Newsical the Musical”, now in its current edition (it premiered in ’02 and has been updated periodically ever since) at the Kirk on Theatre Row.
. 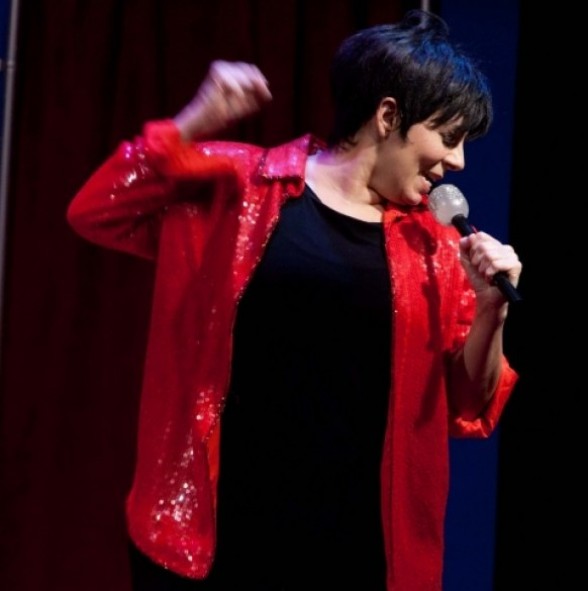 The show, which lampoons contemporary newsmakers and headline-grabbers, makes it clear from the start that no one is safe: not — on the political front — Mitt Romney and his fellow Republicans, not — in the entertainment arena — longtime stars like Joan Rivers, Liza Minelli, and Angela Lansbury, and — in a category all their own — not even the manufacturers and purveyors of those cheesy late-night infomercial products like (heaven help us) the Snuggie.
.

Easy targets all, but that doesn’t make them any less ripe for pickin’ … or pickin’ on. Katie Holmes, in shades and trenchcoat, delivers a terrific woman-on-the-run ditty while desperately trying to escape the clutches of a Church of Scientology goon squad … Frank Sinatra, rumored to have shacked up with more than one first lady, hilariously lists some of the deceased first ladies he’s scoring with now that he’s in heaven … cable TV attack dog Nancy Grace offers up the names, to our great delight, on her latest “shit list” … The laughs never stop.
. 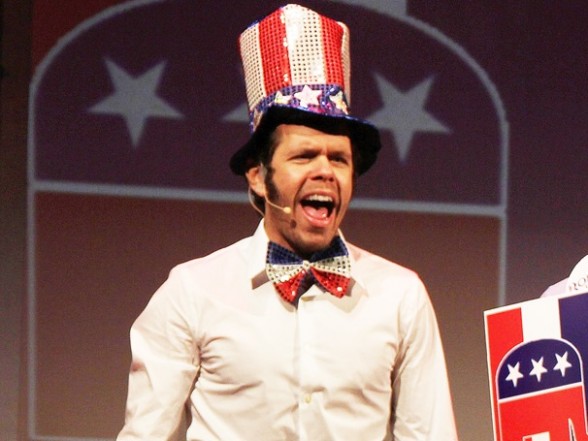 New cast member Perez Hilton (of blogging and gossip-mongering fame) isn’t much of a dancer, his singing is serviceable at best — and he even looked, at times, a wee bit uncomfortable — but he is, undeniably, a trouper, and he’s clearly having the time of his life. Appearing with him in a variety of roles (major kudos to the wig and costume people working backstage) are Leslie Kritzer, Christine Pedi, Tommy Walker, and Michael West. Once again, Rick Crom provided the music and lyrics (some exceedingly clever lyrics too, I might add), and director Mark Waldrop kept the action fast and light.
.
Some of the references seemed a bit dated, but no matter; generally, the current version of “Newsical the Musical” is as topical as today’s headlines … and a hell of a lot funnier.
. 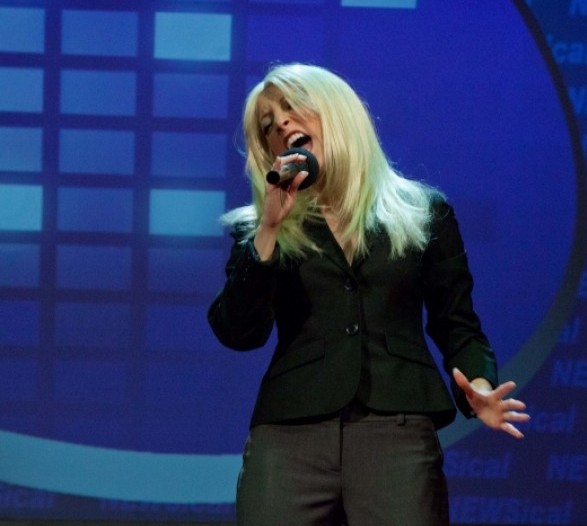