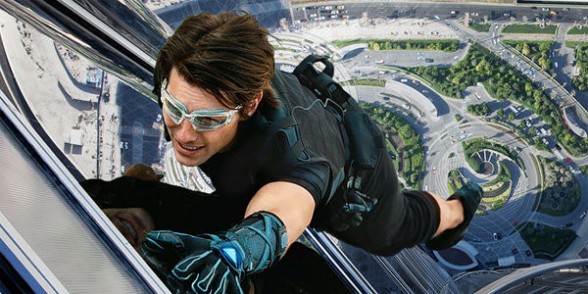 Tom Cruise is the engine that powers the Mission Impossible franchise and nowhere is it more pronounced than in the first ten minutes of Rogue Nation. The opening of the film is pure adrenalin as Cruise’s character, Ethan Hunt, literally shows up to save the world from yet another disaster hanging on the side of the plane as it soars. For those who have been living under a rock for the past six months, Cruise did the stunt himself.

Cruise is still alive to do another stunt. You sit back in your seat to enjoy the lull after the storm, but there isn’t any — Mission Impossible is that kind of film. The plane stunt is followed by an assassination, and then a thrilling underwater moment comes on its heels, trailed by a bike chase that culminates in an intense knife fight, an elaborate kidnapping and a stupendous finale.

Yet, even “the living manifestation of destiny” can do with a helping hand. How about a Swedish actress, resembling a Bond girl, bearing the name Ilsa, and emerging in a bikini from the pool of a sun-kissed mansion in Casablanca? Oh yes, Tom Cruise has everything going for him here— except a story. Like all other MI films, the story has some crater-sized holes, but we were never here for the script, were we?

Rogue Nation kicks off with a bang, with the 53-year-old action star once again doing stunts that nobody above the age of 18 should even think of trying.  The film has been honed to a perfect formula—the evil here comes in the form of a vaguely defined ‘Syndicate,’ raging against the “system” and then “trying to change it” by means of randomly selected attacks. Europe, specifically London, plays a big role in the scheme of things here, although the British are not likely to be too happy with what happens to their prime minister.

Faced with the Syndicate’s ultimate threat, Hunt needs all the resources of IMF. However, IMF has been disbanded thanks to the attempts of CIA Director, Hunley, (Alec Baldwin) who proceeds to make it his agency’s mission, in a very uncomfortable way, to track down Hunt, whom IMF boss Brandt (Jeremy Renner) has refused to “bring in.”

Out in the cold, Hunt is captured and cruelly tortured by the Syndicate’s men, led by the bespectacled and soft-spoken “bone doctor” (Sean Harris) —a philosophical villain. Just in time, a mysterious Syndicate member, Ilsa (Rebecca Ferguson), after carefully taking off her towering heels, helps Hunt escape.

We are confused as to Ilsa’s true allegiance; she may or may not be a part of the Syndicate. While the returning actors are as efficient as always, it’s Ferguson who brings a certain gravitas to the project. The climactic scene, in which her half smile is more cutting than her knife, is a treat to watch.

There is an impressive underwater scene, requiring manipulation with stored identification profiles and computers — that’s where Hunt plunges through a shaft headfirst — followed by a chase with some crazy driving through Morocco on motorbikes and cars. A Vienna opera shootout is almost too beautifully orchestrated, with curtains, thin screens and holes in walls.

The director, Christopher McQuarrie, who has now been associated with Cruise in several films but is directing his first Mission: Impossible, clearly understands that he is making a film around Cruise and offers us one grand set piece after another as homage to the previous four films.

Nineteen years have gone by since the first Mission: Impossible, and yet this is a film that will keep you engrossed throughout its 131 minutes. Grab that low-sodium, gluten-free, organic popcorn and get ready to be hypnotized by Cruise in this thrilling franchise-formula blockbuster. 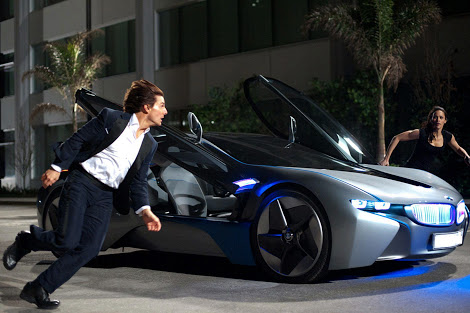 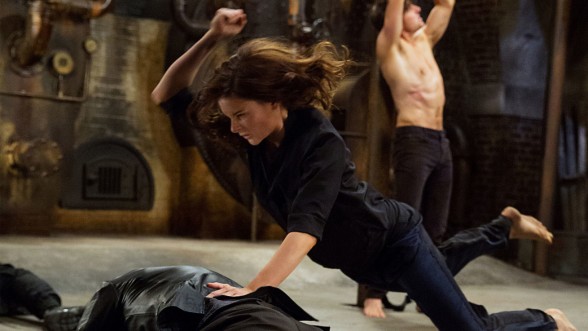 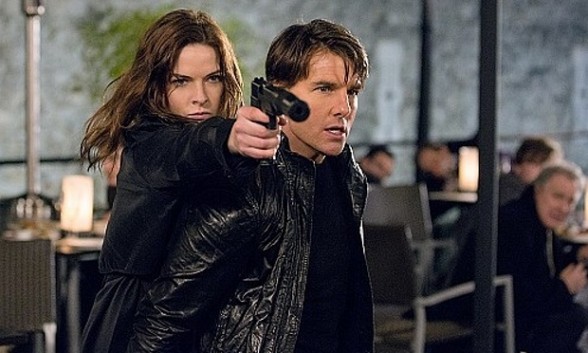