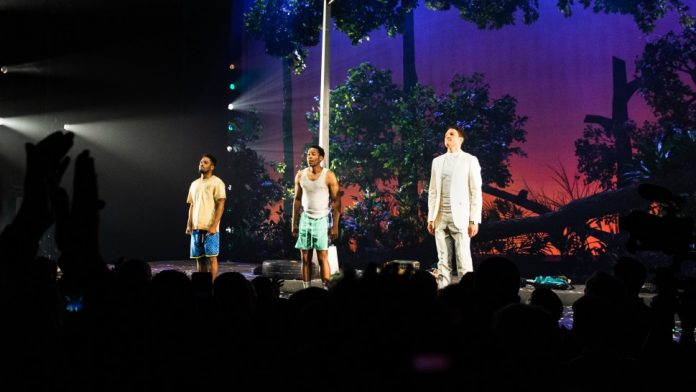 As Broadway theaters reopen during this endless time we are going through, a cheerful crowd at The August Wilson Theatre has the opportunity to see this absolutely brilliant story. “Pass Over,” which playwright Antoinette Chinonye Nwandy rewrote for this production, is actually a short show, only 85 minutes with no intermission. The first half hour seems quite slow-paced, but pay close attention to it, as later on you will understand what is happening.
Two African-American males hang out on a brutal street. They are uneducated, which is very clear by their vocabulary. (They do overuse the N and the F words, for a reason.) On occasion, when a car drives by, they freeze, scared of the “po-pos;” yes, this is an unsafe, sketchy neighborhood.
Later on, Moses (Namir Smallwood) and Kitch (John Michael Hill) get a visitor. A white male. Then other visitors (all played by Gabriel Ebert). Well, I must stop writing here, as I don’t want to spoil the whole plot. This is a story that goes back in time as far as the 13th century BCE, and what turns out is quite revealing, touching, and as beautiful as all the actors naked onstage at the very end.
“Pass Over” is a fight against racism and white supremacy in the United States, and it is quite amazing that it took a woman to write it. Kudos to Ms. Nwandy!
By the way, I was very impressed by how the staff at the theater handled the Covid applicative pass–it was fast, easy, and efficient.
Tickets at: https://www.ticketfaster.com/venues/virginiaaugust-wilson-theatre-ny?gclid=CjwKCAjwsNiIBhBdEiwAJK4khoaJ7iKBn40zFWYzYQmGWh0Hy6P1gNY5JECitA1dNMyxZkGQxNnP5xoC0c4QAvD_BwE 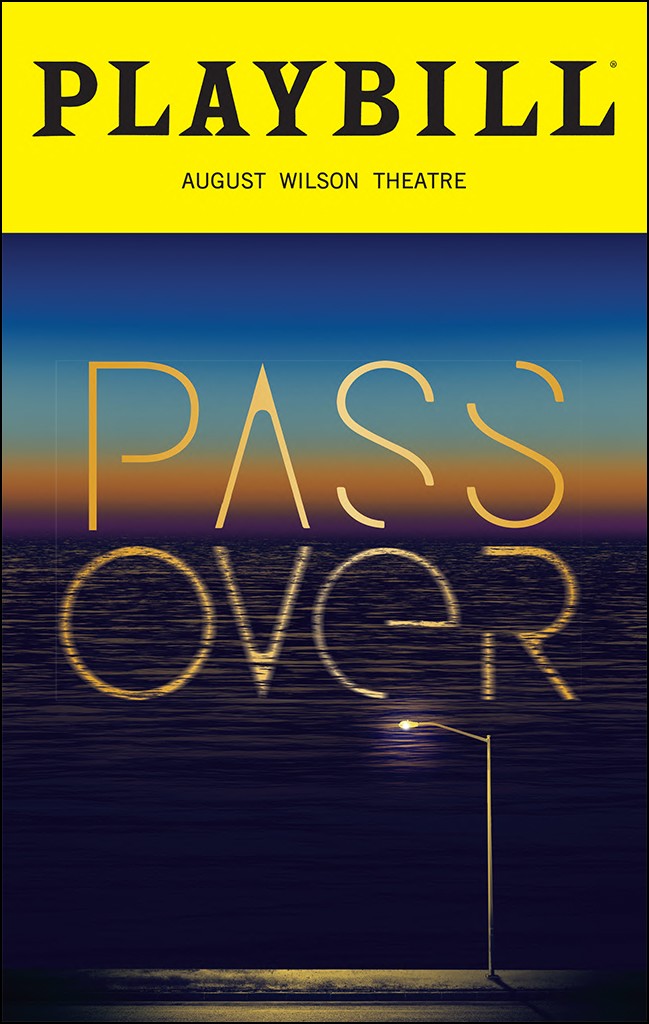 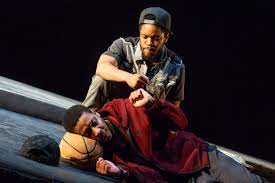 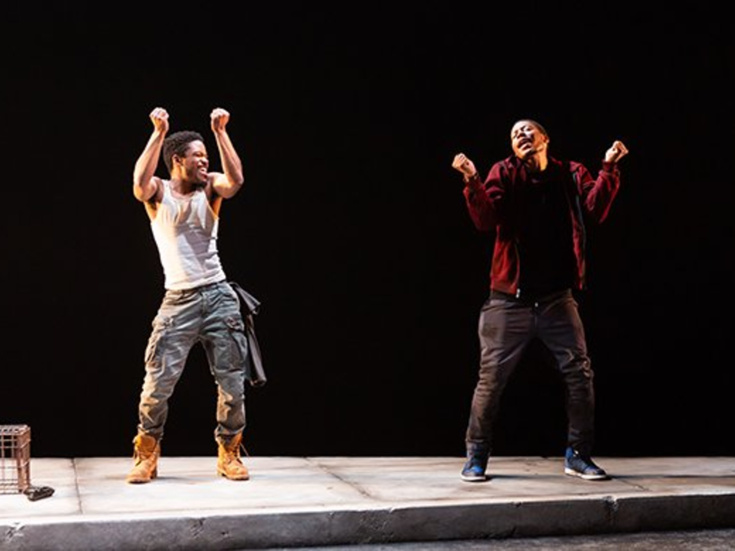 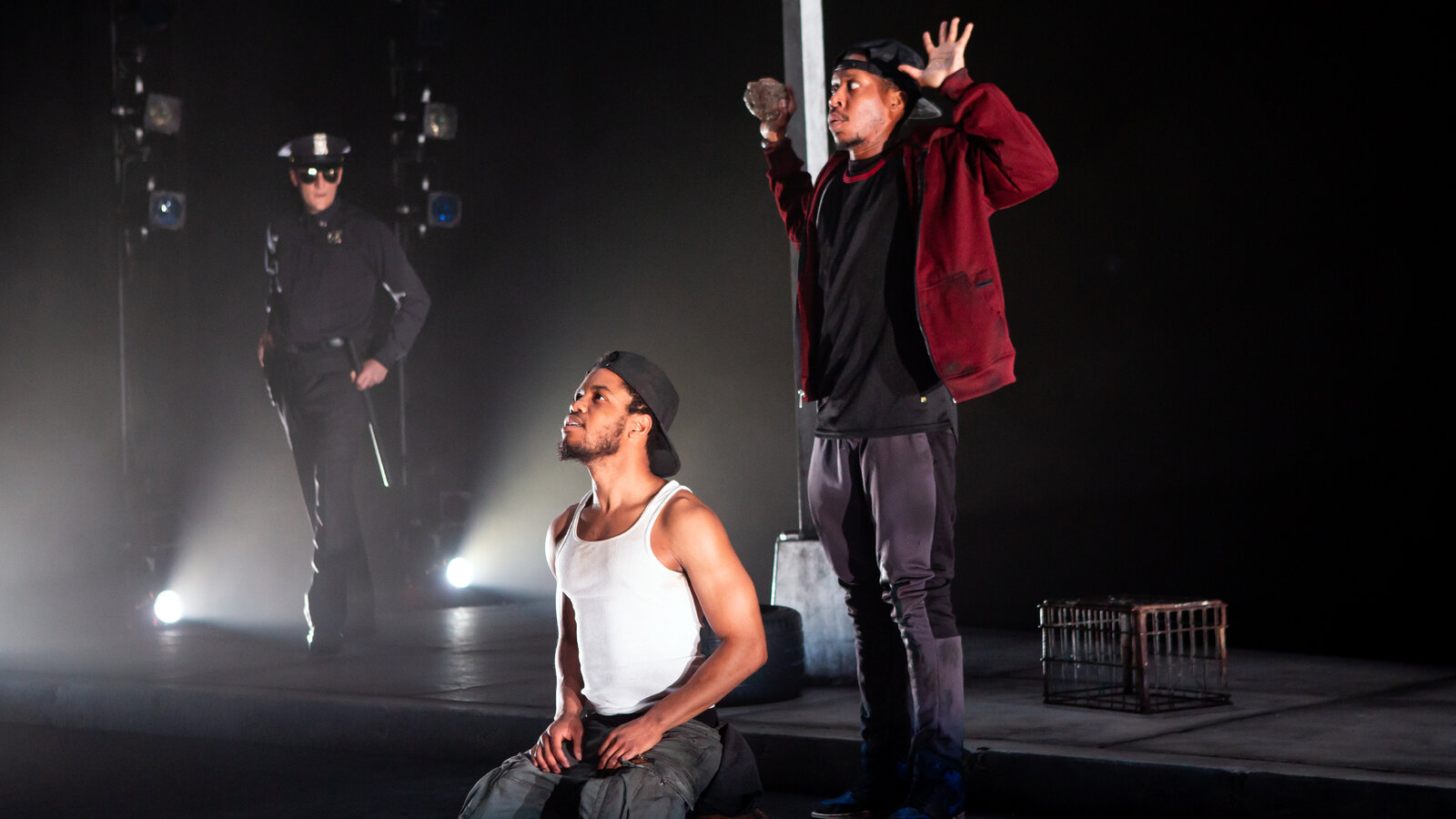