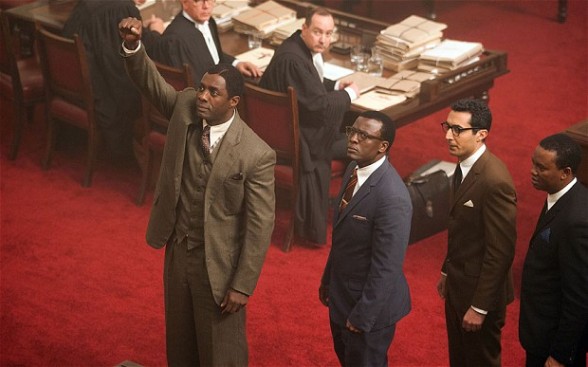 Almost a century ago (July 18th 1918), in South Africa, Nelson Mandela was born to the Thembu royal family. As a grown-up, he went to the Fort Hare University and the University of Witwatersrand, where he studied law. An activist and anti-apartheid revolutionary, Madiba–his clan name–spent 27 years of his long life in jail, due to some dangerous activities, as a means of confronting  the power of the white minority, and trying to get equal rights for the blacks in his country.

Directed by Justin Chadwick, the cinematography of Mandela: Long Walk to Freedom is fascinating, specially when it portrays the landscapes of South Africa’s country side. The first several minutes of the movie is very slow-moving, showing with details the way African peoples were treated by the descendants of Europeans living in that country: with no respect at all, because the Dutch colonizers were discriminative people.

Among the human rights abuses of the time, there is a scene where a black lady is accused of stealing from a white lady, and Mr. Mandela is the black’s lawyer; Nelson asks the white lady some questions, and she gets very upset that her truth is being questioned, by a black person. In another scene, a young black man gets beaten by white police officers, only because he didn’t have his document–which they call a pass–on him. Mandela again tries to defend the black guy as his lawyer, and tells the judge he has evidence of violence; the judge tells him to be more respectful of the law–the law there being whatever the whites wanted it to be, because they were in power and had a strong military.

Mandela, then, realizes how unfair the law is to his people, and to all other black peoples originally from that part of the planet, discriminated by awful white Europeans who had occupied and lived in fear that they might eventually be thrown away from that country. Due to all the abuses and violence against his people, Mandela decides to join other people who are standing up for themselves against the mean whites. What follows from this part of the story on is very sad, but it is certainly the best part of the movie itself. A very touching scene is the shooting that occured in Sharpeville, a massacre that shocked the world in 1960.

His romance with Winnie Mandela is also portrayed very well. Sadly, the couple doesn’t live so long together, because he was sent to a lifetime in prison; she was also sent to prison at the time he was in jail. “I haven’t even touched my wife in 21 years”, was Mr. Mandela’s comment when he was finally released.

The movie got 56% from Rotten Tomatoes–not so bad. Before I saw it, I was told it was very, very long; it didn’t feel so, maybe except for the first 30 minutes. Stars Idris Elba and Naomie Harris are excellent; he actually saves the movie. It is certainly an amazing coincidence that the movie came out in the same year the historical politician would die. 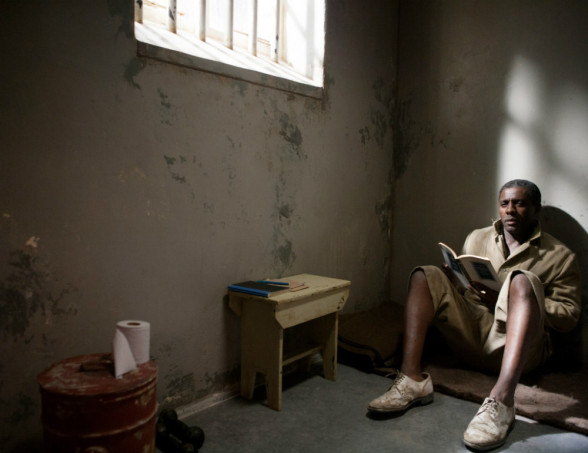