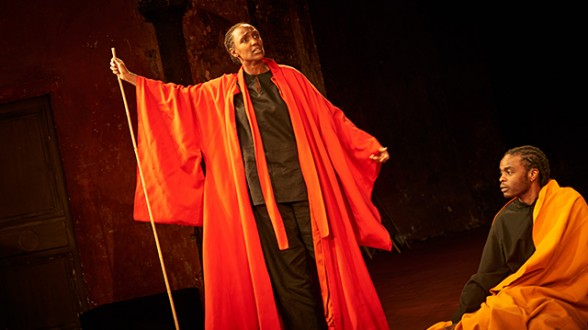 Thirty years have passed since Harvey Lichtenstein peeked into remainders of the Majestic movie house on Fulton street, Brooklyn, identifying the extraordinary theatrical potential of this abandoned and decadent 1904 structure for Peter Brook’s production and staging of the epic Sanskrit poem “Mahabharata”.

In his own words, the answer to their search for an adequate location had been “in front of his very eyes, every day”. Words which lead to facts, the restoration of the space, maintaining many of its original architectural elements and ‘feel’, and its inauguratory piece, the staging of the three part, 9 hour segment of the poem by Peter Brook, in 1987. This piece of work, based on Jean-Chaude Carriere’s play, quickly became one of the biggest sensations of the year in the New York city theater scene, and the extraordinary BAM Harvey Theater remains to this day a point of reference.
.
The Mahabharata is an epic that digs deep into the origins of theater itself, having been moulded by a process of verbal storytelling for many years, before turning into its written version. It tells the story of a royal family torn by a grueling war that results in the victory of one side, so bloody it feels more like defeat, all the while, examining some of the deepest, most existential aspects and questions of human existence.
.
In 1987, Brook had brought to life nine hours of what is described as the explosive, elaborate, story of the bloody war itself, interpreted by a numerous cast, rich sounds and music, all in an elaborate set. Battlefield, instead, seems more like a seventy minute condensation of naked theater, the conclusory thoughts of the survivors of a questionable massacre, where echoing silence of the carnage is interrupted only by the voices of four actors, a live drummer, (Toshi Tsuchitori, ‘survivor’ of the 1987 production), within a minimal, almost austere set.
.
Rather than delve into details of the play itself, it is fascinating to analyze how Estienne and Brook have chosen to elaborate and interpret the text with a series of metaphoric stories within the story, giving their contribution to shed some light on universal questions through characters such as Destiny, Time and Death.
.
The play itself is put together, staged, directed and acted beautifully, with uncommon fluidity and ease, at times somewhat draining in its slow, quiet intensity, but great value is to be found in the disarming modernity of some of the themes analyzed, and the brilliant sarcasm found by the cast in some of the most stark passages only adds communicative power.
.
The greatest value of this production, though, remains its very existence, the fact that Peter Brook manages once again to evolve, putting together an uncompromising piece of theater that moves closer and closer to the interpretation of theater as an empty space that he gives in his book of the same name. The fact that without an ounce of ego or excess on stage, no stars nor special effects, at 91 years of age, mister Brook manages to show us practically that their are people that never compromise in the pursuit of their dreams.
. 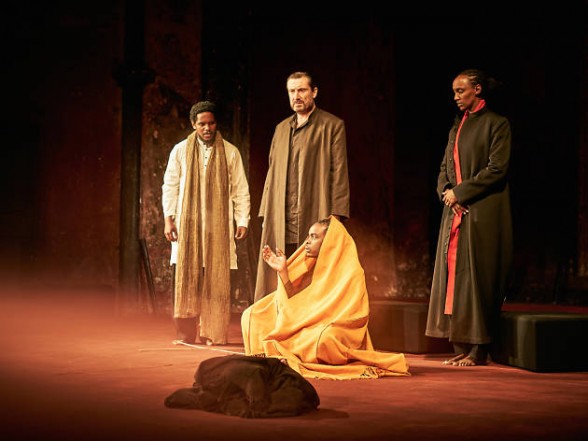