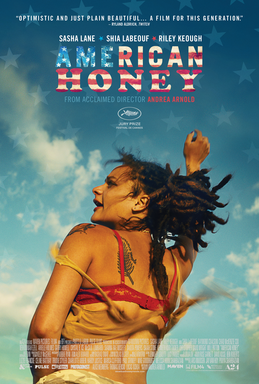 Andrea Arnold’s fourth feature and first attempt at an “american” one, yields a long, slow moving, yet hypnotic view into the lives of a group of destitute youth, living on the road as they sell (unwanted) door-to-door magazine subscriptions.
.
After being introduced to Star (luminous newcomer Sasha Lane), and what little she has waiting for her at home, it becomes clear why she decides to join the crew, in between are a series of intense glances exchanged with Jake (Shia LaBoeuf in some of his best recent work), culminating in a disruptive, on-the-counter dance party in a dormant wall mart to the incredibly appropriate notes of Rihanna’s “We Found Love”.
.
She then meets the crew and finally its missed-pornstar leader Krystal, (beautifully portrayed by Riley Keough), with a tangible mix of sisterly attraction and female rivalry saturating the atmosphere between them, culminating in Krystals ultimate in-or-out question: “got anyone who’s gonna miss you?”, solved by Star’s “not really…”
.
From here on, the growing intensity in the relationships between Jake, the companies best-seller, Star, and a financially concerned and somewhat jealous Krystal give the film some of it’s most significant plot twists, often surpassing the limits of legality, though part of the plot itself seems to be the purposeful lack of overly captivating storyline twists.
.
All the while, we are drawn to Star by details of her character (discreetly saving insects from apparently inevitable death), as well as the wonderful supporting work of LaBoeuf and the rest of the cast, which exalt Lane’s magnetic on-screen presence.
.
The film itself is a beautifully orchestral effort, with long time Arnold collaborator Robbie Ryan letting his lense dance with the light, giving life to a sequence of beautiful images all shot on a 4:3 format that emphasizes close-ups as well as intimacy.
.
And here lies one of the central aspects of the film, the incredible ability Arnold has to penetrate, understand and communicate the inner complexities of her young protagonists, especially Star, capably assisted by wonderful characterization on behalf of her talent.
.
Joe Bini’s editing gives this film its pace and feel, making its almost exaggerated 162 minutes running time somewhat slow, but also making more careful audiences wonder if this aversion may not derive from the uncomfortable story being told with great detail, of a youth who’s desperate status is the result of a context and country they were born in, not responsible for.
.
Impossible to not be moved by the incredible and risky billboard-top-40-like soundtrack and song choice, that pays off becoming an integrating part of the film itself, as sales-crew members break out into impromptu parties and sing along concerts as emotionally colorful as the images themselves. And from a more technical standpoint, wonderful work by casting directors Lucy Pardee and Jennifer Venditti, who, along with costume designer Alex Boviard and Arnold herself pick out an interesting and vivid group of newcomers that fill the screen like a breath of fresh air.
.
All in all a love or hate type of film, but definitely one worth seeing. 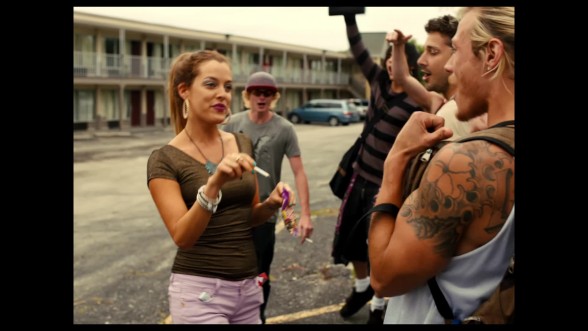 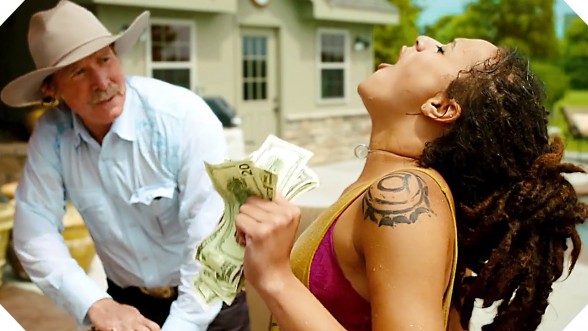 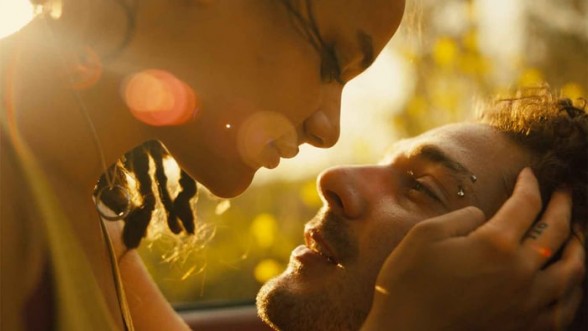