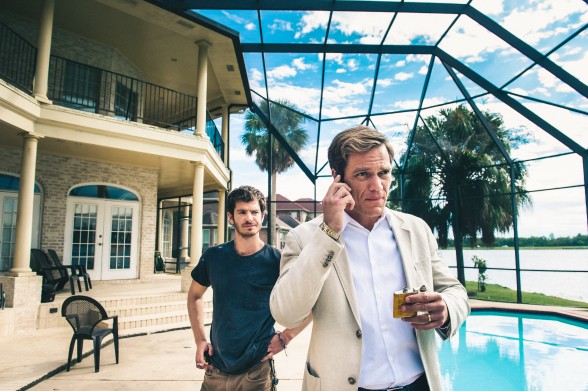 One of the most awaited independent movies of this 2015 fall/winter, Ramin Bahraini’s “99 Homes” is the intelligently filmed cinematic rendering of the crossing of paths that occurs between real estate broker (and shark) Rick Carver (Michael Shannon), and struggling ‘regular’ citizen Dennis Nash (Andrew Garfield).
The film opens with a property owner killing himself in the bathroom of the property as Rick Carver proceeds to go through the motions of evicting his family from the bank-owned house.
All occurs in broad daylight, with this unidentified persons wife and children in despair on their lawn in front of the whole neighborhood.
Michael Shannons portrayal is that of a ruthless and emotionless human being, who sees opportunity in tragedy, as he evicts tenants and owners from bank seized properties that he then purchases and re-sells with the same nonchalance with which he continuously smokes his electronic cigarette.
He speaks and describes his job and actions as a sort of natural course of things, to be evaluated without thinking of the (often tragic) consequences they imply.
On the other side, Nash is the young and single father of Connor (Noah Lomax), who lives with his mother Lynn (Laura Dern) in what seems to be one of his most intelligent and dynamic performances to date. He manages to carry the story almost always overwhelmed with anxiety, on the verge of tears, but never giving in to emotional indulgence. Convincing, as are Lomax and Dern who has gotten the role of the loving, overly good-hearted mother pinned down, after “Wild” and now “99 Homes”.
It is not long before desperate Dennis yields to Carvers “don’t get emotional about real estate” becoming his assistant, and then performing evictions himself in a painfully realistic sequence that almost makes viewers uncomfortable.
Bobby Bukowskis cinematography is excellent, as it remains suggestive, comunicative and compelling all the way through without ever being excessive or indulgent.
The sets and directing of the film are intelligent, as they contribute to the well built narrative, creating a well crafted, socially and politically ‘active’ film, that requires attention to be followed.
If one is looking for a lightweight entertaining two hours, 99 Homes (and Bahraini’s films in genera) may not be the best option, which would explain the low box office record of the film itself, 1.5 million for an 8 million dollar budget, but in terms of well crafted, politically active, quality cinema, Bahraini does not disappoint, staying true to his humanist, character-centric social vision. 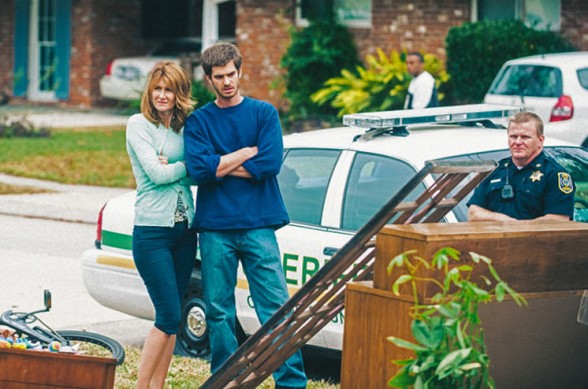