Captain America: Civil War is a terrific example of blockbuster entertainment that succeeds as well in its quiet moments as it does in its more bombastic. Familiar characters shine alongside star-making turns from newcomers, and action beats land with alternating laughs and dramatic weight. Best of all, and as they did with the previous Captain America film, directors Anthony Russo & Joe Russo deliver an epic adventure that finds its greatest power by scaling back the superhero antics to reveal the human combatants at their core.

Captain America/Steve Rogers (Chris Evans) leads an Avengers-lite team into Nigeria in pursuit of Crossbones (Frank Grillo), but the ensuing scuffle results in collateral damage including several dead locals. Called to task by world governments tired of seeing their civilians pay the ultimate price, the Avengers are “asked” to sign an international accord putting them under the control of a committee who would determine which missions they can or cannot undertake.

Rogers refuses with the certainty that handing control over to the political whims of others is not the answer, but Iron Man/Tony Stark (Robert Downey Jr.) argues the opposite saying their collective powers should not be left unchecked in light of the damage they’ve already caused. The accord moves forward, but when a devastating attack leaves carnage in its wake with evidence pointing to the Winter Soldier/Bucky Barnes (Sebastian Stan) as the culprit the Avengers’ differing ideologies turns to all out war. The two men, already used to butting heads as competing leaders of the Avengers, build teams of like-minded heroes around them and get to punch.

An epic conflict with a more intimate focus on themes of guilt, grief, and revenge. A beautifully constructed face-off between a dozen heroes: Black Widow (Scarlett Johansson), War Machine (Don Cheadle), and Vision (Paul Bettany) fight with Stark while Rogers is joined by Falcon (Anthony Mackie), Hawkeye (Jeremy Renner), Ant-Man (Paul Rudd), and Scarlet Witch (Elizabeth Olsen). The face-offs are creatively staged and exciting in the moment, and they’re often made even more engaging and amusing through knowledge of traits and relationships built across earlier films.

You’ll come for the big, colorful clash that feels like fun, but you’ll stay for the personal, bloody brawl that threatens to result in far more than mere bruises.

One of the newcomers, Spider-Man pops with the same electric energy and wit of Quicksilver’s debut in X-Men Days of Future Past, and Holland nails the teen hero’s youthful goofiness and charm.

The idea of heroes fighting heroes is the common sense knowledge that nothing we’re seeing is permanent. They’re fighting because the script demands it, we know everyone here is going to be fine.

An abundance of characters often means a shortage of character, but the Rogers/Evans and Stark/Downey Jr. combinations remain two of the most perfect pairings in the entire Marvel world.

Also, as is again typical for the Captain’s adventures, much of the action has a more grounded: big set-pieces and certain characters are exceptions of course, but there’s quite a bit of gun play and fisticuffs on display here brought to life with stunt people and only enhanced digitally.

Civil War is an enjoyable blockbuster entertainment that shows what’s possible in big summer movies when all the pieces fall perfectly in place. 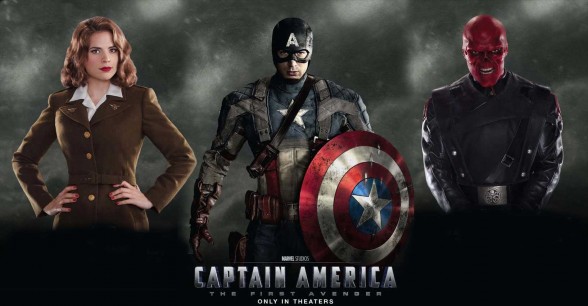 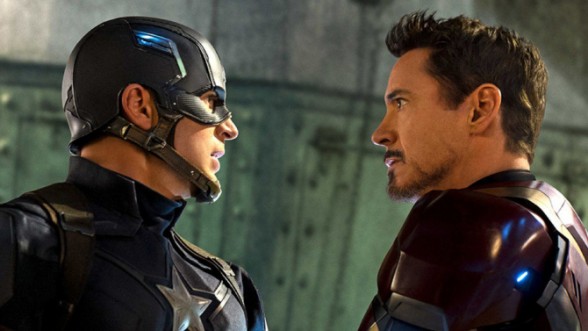