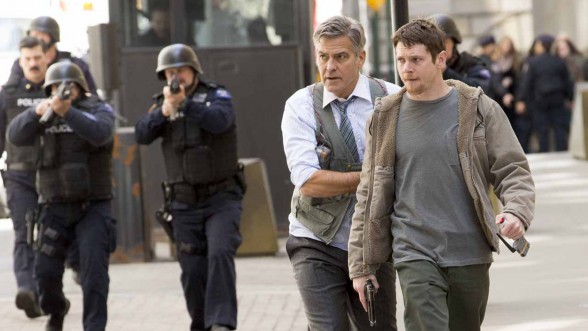 Kyle Budwell (Jack O’Connell) is mad as hell, and he’s not going to take it anymore. This is evident when Kyle sneaks into the set of Money Monster and pulls a gun on host Lee Gates (George Clooney) while live on air. In Jodie Foster’s fourth directorial feature Money Monster, the stakes are high.

Clooney does Jim Cramer as TV host Lee Gates, the host of a Mad Money-inspired show in which Gates gives his two-cents on the current stock market, advising views on which shares to buy or sell. Everything seems to be going well until stocks for IBIS Clear Capital plummet after Gates’ recommendation, pushing one viewer over the edge. Skip a few minutes and we have Gates, with a bomb strapped to his chest, and his team, including Julia Roberts as director Patty Fenn, in a high-risk hostage situation.

In theory, Money Monster has all the components of a great sociopolitical action thriller. In practice, Foster’s characters like to talk quite a bit but on any level of examination their utterances add up to nothing. With respect to how this stock plummeted to such unreasonable lows, we hear the words “glitch” and “quaint” over and over until all reasoning becomes increasingly unbelievable. Sure, this fits into the faux-complicated explanation offered up by the characters but one cannot help but realize that the three screenwriters just do not know a damn thing about the workings of the stock market.

Foster is obviously attempting to construct a Network for the Y-generation, but the thinly veiled screenplay often stands in her way. For a time it does seem as if Money Monster is trying to make some grandiose commentary about the state of journalism and broadcasted disaster. Unfortunately these observations are placed second to the fast-moving action and completely forgotten as the film enters its ludicrous final stretch.

It’s Roberts and O’Connell that allow Money Monster to be anything more than your standard, forgettable action thriller. At the stage in her career when she is more carefully picking roles , Julia Roberts continues to outdo herself. There is a surprising amount of nuance and frustration that she adds to her clichéd character, allowing her to act as the suitable foil to Clooney’s eye-rollingly over-the- top Lee Gates. The British O’Connell manages an impeccable New York accent and gives depth to his disappointingly underwritten role.

In Foster’s defense, I would love to see any director try and salvage this screenplay whilst attempting to wrangle a hammier-than- ever George Clooney. 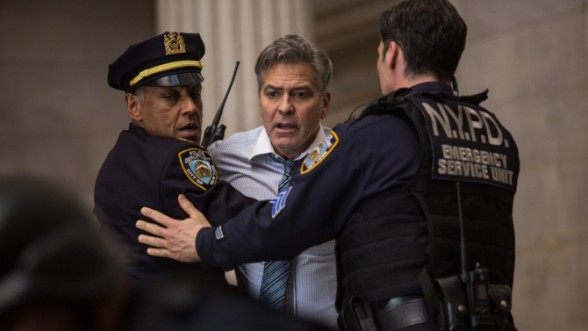 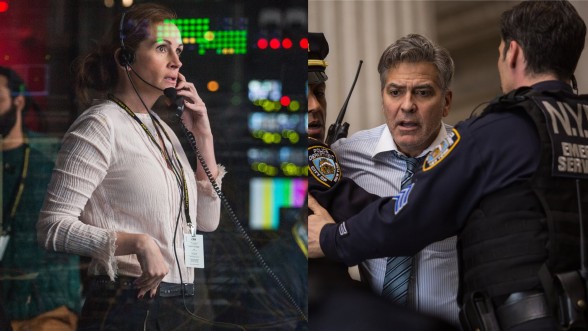