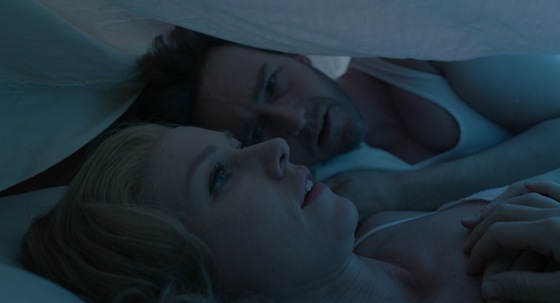 Michael Keaton flashes his dramatic acting chops – and his comedic ones, too – in the dark backstage comedy, Birdman.

Keaton is Riggan Thomson, former star of a super-hero TV show, who is determined to revive his career.  His idea: adapt a Raymond Carver short story for the stage (the Broadway stage, no less), and not only direct it, but also appear in it.  No one really likes the idea — not his ex-wife, not his surly daughter, not the acid-tongued New York Times theatre critic already planning to rip the show to shreds (she thinks he’s a “Hollywood clown”).  Only his fellow actors — his current flame, and a mercurial sort who has lobbied for and landed the role of the second male lead — believe the play has any potential.

Riggan battles through it all, though — the doubts and self-loathing, the hissy-fit his brand-new co-star throws in the middle of a preview performance before storming off the stage, and (most hilariously) the locked backstage door that forces Riggan, clad only in his undies, to circle all the way back around the theatre and through the streets, and then re-enter through the lobby and down the aisle of the orchestra.  (An actor’s nightmare, to be sure.) And, of course, the voice in his head, sinister and insistent — the voice of his one-time alter-ego, Birdman — urging him to ditch the whole wacky idea and do another Birdman movie, instead.

Keaton is terrific: bald, wrinkled, older than we’ve ever seen him, his face lined with worry in some scenes and lit up with excitement in others, he shows the full range of human emotion, and then some.  As his rehabbing daughter, with whom he has a whole different set of problems, Emma Stone — all blonde hair, heavy make-up,  and harsh rebukes — is utterly believable; Edward Norton, as the volatile actor who comes aboard to save the show and very nearly destroys it, is excellent; and Zach Galifianakis, almost unrecognizable as Riggan’s harried advisor, is spot-on.

Much has been written about Birdman‘s look, how the camera seems to follow everyone around so fluidly that the film appears to have been shot in a single take.  Rest assured: it wasn’t.  (Pay attention, and you’ll see the cuts.) But the camera work is very inventive, and it gives the action an immediacy, a you-are-there believability, that it might not have had otherwise.

The New York locations are photographed beautifully — the St. James Theatre (inside and out), the teeming sidewalks of the Broadway district, the fun and frenzy of Times Square at night — and the dialogue has an improvised vibe that makes the whole thing seem delightfully genuine, and each of us feel like the proverbial fly on the wall.

Is it a perfect film? No.  Watching all these angst-ridden show-biz types tiptoe through the minefields of their relationships proves to be a tad wearisome after a while.  And the ending, if I read it right, strains credibility…oh, just a bit.

Nevertheless, the Oscar nods to Keaton, Stone, and Norton, to director Alejandro Gonzalez Inarritu, and to Inarritu and his fellow writers, are all well-deserved.

As for Birdman‘s Best Picture nomination — my vote will probably go elsewhere. 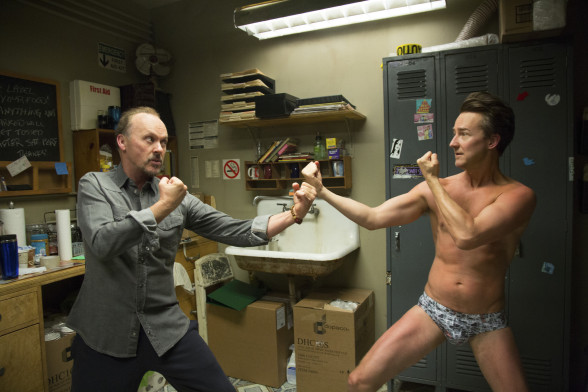 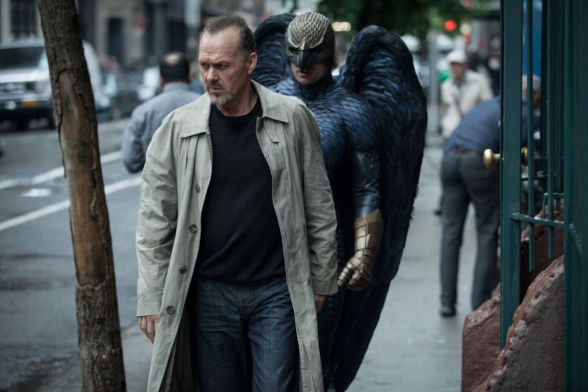