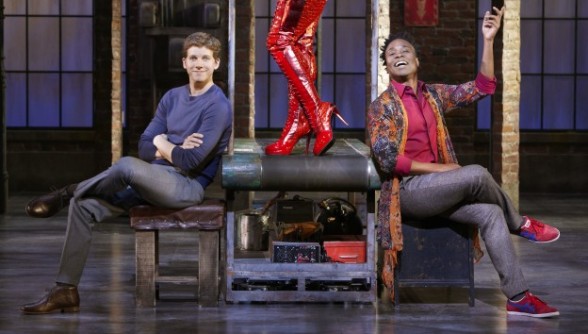 When Charlie meets a drag queen named Lola, and discovers that she has a passion for fashion — fashionable ladies’ footwear, to be exact — he sees an opportunity: if he hires Lola to design a new line of boots (the sleek and slinky high-heeled kind), he might, just might, finally be able to pull the family business up by its … well, bootstraps. Predictably, Lola accepts the gig, Charlie does, indeed, turn things around, and much singing, dancing, and — eventually — prancing about in sexy, thigh-high boots ensues.

Sands is excellent, displaying a genuine likability; Billy Porter as Lola is sassy one moment, profoundly sad the next; and the rest of director/choreographer Jerry Mitchell’s cast (a more blue collar bunch of potbellied, frizzy-haired character actors would be hard to find) is fine, too.

The problem — there is nothing here that we haven’t seen before, in musicals from “La Cage aux Folles” to “Priscilla, Queen of the Desert” to “Billy Elliot”: the emotionally scarred drag queen, the impossibly leggy, stiletto-heeled male chorus, the narrow-minded neanderthals who are wary of (but ultimately learn to accept) the “outsider”, the kid who has to choose between being himself, whatever that might entail, and boxing (librettist Harvey Fierstein has seen fit to make Lola, formerly Simon, a one-time amateur prizefighter). It’s all very familiar territory.

Still — watch for, among other highlights, the heartbreaking Charlie/Lola duet, “I’m Not My Father’s Son”, late in Act I … enjoy Porter’s drag queen diva, as Tony-baiting a performance (but Tony-worthy, too) as you will see onstage this year … and tap your toes to musical theatre newcomer Cyndi Lauper’s catchy pop score, which resonates with echoes of some of her biggest hits. 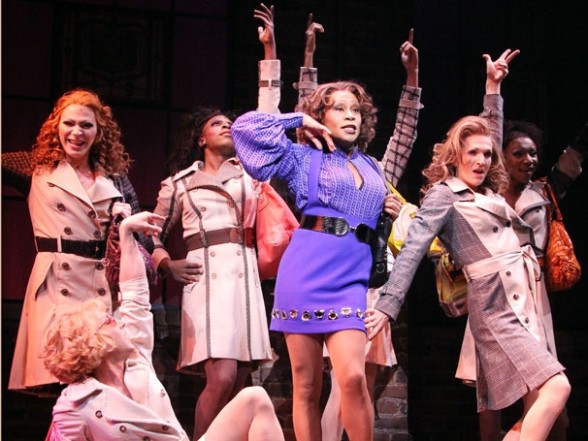