Cambridge in the early 1960s looks like a pretty heady place to be in The Theory of Everything. Brilliant physicists racing around on bikes, punting on the Cam, falling in love with Romance language scholars. In this pre-mod idyll, Stephen Hawking, a gangly but dashing physicist meets Jane Wilde, a clever languages student and they fall in love swiftly and sweetly. Soon, however, their lives are forever changed by his diagnosis with ALS and she is determined with stay with him through it all, despite attempts on his part and his family’s to encourage her to let him go. Their love story and marriage are the backbone for The Theory of Everything, based on Jane’s memoir Travelling to Infinity: My Life with Stephen.

Less about physics and more about love and struggle, the film focuses on Stephen and Jane and how they started and raised a family and changed 20th century physics despite Stephen’s failing condition. Initially given two years to live with his diagnosis, Stephen manages to get himself around Cambridge first with canes, then with a wheelchair and later with a motorized wheelchair. As much as the film is about the Hawkings’ relationship, it is equally about the way that technology seemed to come along and make Stephen’s life possible. Each new invention seems to fill his next need, but The Theory of Everything also reminds us that the presence of emotional and romantic support is tantamount to staying afloat in tough circumstances.

The incredible cast, led by a stunning Eddie Redmayne as Stephen Hawking and Felicity Jones as Jane Wilde Hawking, bring light-hearted joy to a story that is both overwhelmingly sad and triumphant. The director, James Marsh, perhaps best known for his Oscar-winning documentary Man on Wire, does an admirable job letting the audience into this rarified world of high academia. It’s a story with surprising twists and turns and they’re handled well throughout the film. It’s smart and engaging and gorgeous to look at.

For audiences who know very little about Stephen Hawking, it’s a sufficient introduction and one that may lead to more people reaching out to learn more about his ground-breaking work. For those who are interested purely in the love story, there’s enough there as well for them. 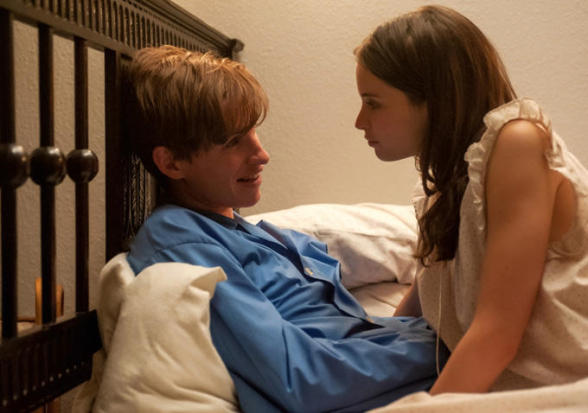