Simon Stephen’s electrifying play Punk Rock is finally getting its New York debut after it was performed in London 5 years ago at the Lyric Hammersmith. Based on Stephen’s experience as a high school teacher in the UK, the play follows a group of sixth form students in a prep school in a suburb of Manchester. When Lilly arrives, fresh from Cambridge, she becomes a curiosity to the other students, particularly William, who seems to think that the two of them have a special connection, but isn’t quite able to articulate what it is. She’s game to make new friends though, and early in the scenes she functions as an intro to the personalities in the class. William is the smart oddball, Bennet is the obnoxious (possibly closeted) jock, Cissy is his gorgeous girlfriend with a photographic memory, Chadwick is the runt of the class, but the smartest of them all. Tanya is the beta girl with a crush on her teacher, and Nicholas is brandy attractive and a bit adrift from everyone else.

As the play continues, the lightness and humor of the dialogue become more and more unsettling and we learn that William isn’t always telling Lilly the truth about himself or about others in their class. He asks Lilly out and she turns him down politely, saying that she’s not interested in dating anyone, but that she’s flattered by the offer. This kicks off a new dynamic between the students and one that brings the simmering antagonism to a head.

As in almost any New York production of a British play, the accents are fairly uneven, but for the most part the acting is quite good. The entire play takes place in the upper school library, which is mostly devoid of books and functions as a place for the students to goof off, make out, insult one another and attempt to read before realizing that this particular part of the library is not for studying for exams, but for studying one another.

Deftly directed by Trip Cullman, the play captures teen speak very well (at least it appears to capture British teen speak from 2009 very well) and the way that certain actions can actually have a life or death consequence even when one finds themselves entirely devoid of responsibility or mortality. The chilling penultimate scene of the play is tragic and shocking and yet entirely believable. 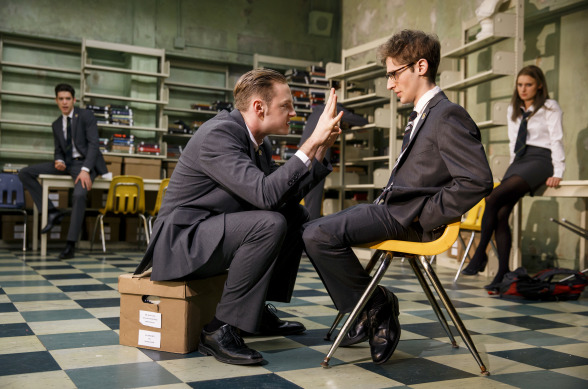 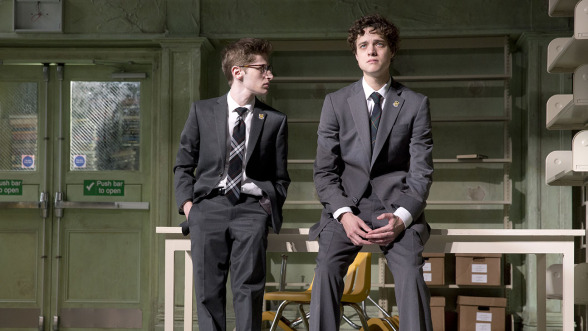 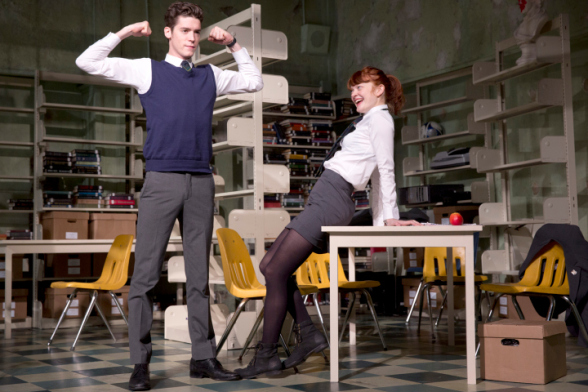