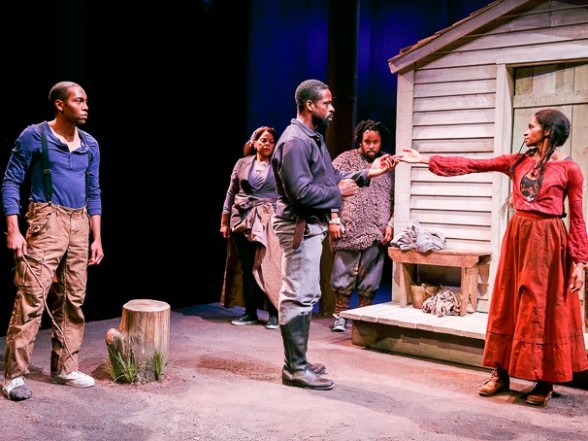 Suzan-Lori Parks’ new play Father Comes Home From the Wars (Parts 1, 2 & 3) premieres at the Public Theater this fall and marks a return to her exploration of race and freedom in America. A trilogy that takes place during the Civil War, the play follows Hero, a slave who must decide whether to fight alongside his master in the Civil War or stay at home with his wife and continue to work in the fields. The play borrows tropes, character names and structure from Homer’s Odyssey and feels equal parts epic and accessible. Hero is an imperfect, charismatic protagonist surrounded by characters who are equally compelling and complicated. His wife Penny (like The Odyssey’s Penelope) waits for him impatiently. His dog Odyssey Dog runs off the day he must decide whether to leave for the war. His fellow slave Homer reminds him that he always gives their master the benefit of the doubt and reveals information about his relationship with the master that forces him to make a decision that surprises everyone who is banking on his choice.

The second part shows us a Confederate colonel and his Yankee prisoner—a man he is holding in a wooden pen and hoping he can get some money for. Anxiety and terror live just outside the play throughout each part of the play, but in particular in part 2. Cannons fire offstage and fear lives in each character as he tries to live despite the threats beyond the stage.

The third part brings us back to Hero’s plantation. This time, there are runaway slaves on their way North, unaware of news that will affect their lives either for better or worse. And the Mistress has received a letter with news from the war. News that will change everyone’s fate.

Parks ruminates on historical and contemporary themes of freedom, slavery, ownership of self, self-worth and faithfulness. These themes are woven cleverly and masterfully throughout the three parts of the play with humor, pathos and terror. The performances are universally outstanding—each actor bringing an authenticity to their part (or parts) that’s compelling and fascinating to watch. Jo Bonney has directed the play outstandingly. In addition to the poetic, sometimes musical language that Parks employs, the play has a soundtrack that creates a sense of danger and swirling period appropriateness. The play, both in its design and in its language straddles the line between past and present, by presenting a world that is aware of it’s “play-ness” by winking at the audience occasionally, by reminding us that the problems that faced black Americans in the 19th century still face black Americans today. Parks plans to write six more parts to Father Comes Home From the Wars, bringing the story up to contemporary America and continuing to explore the same themes. Hopefully, they will be as compelling and gut-wrenching as this installation. 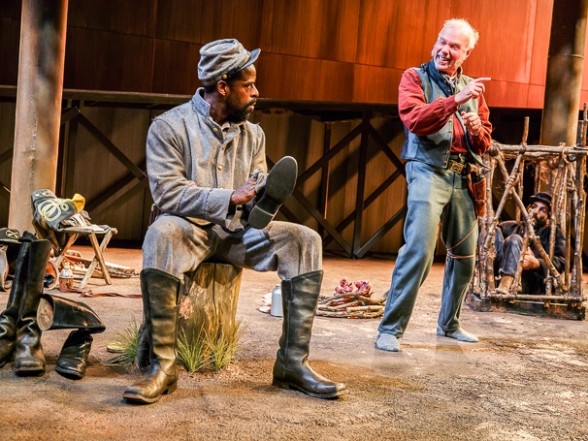 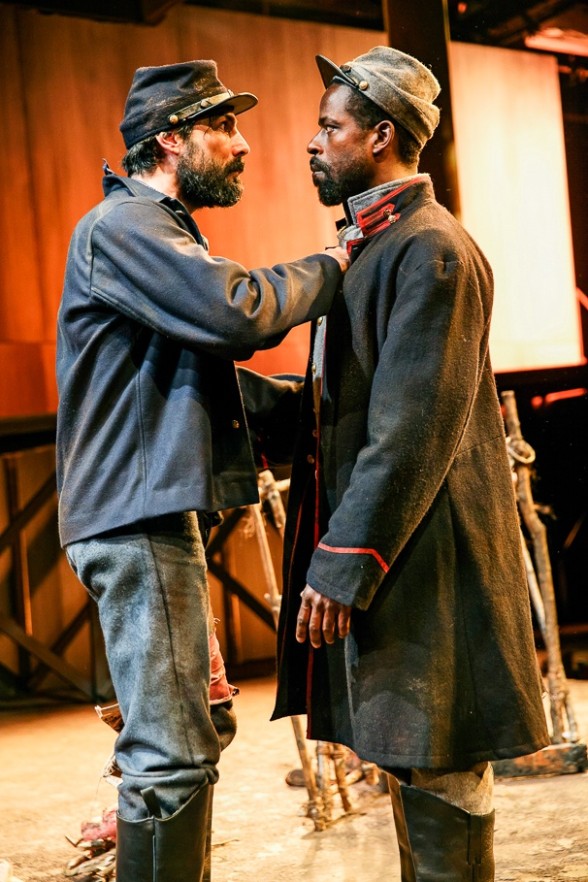