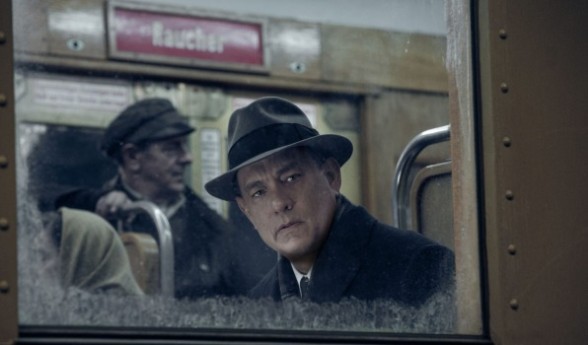 A Spielberg movie wouldn’t be complete without a visual metaphor that spans the entire movie and means different things at different points. Unsurprisingly, given the title, Bridge of Spies utilizes a number of bridges to remind us of the differences between the Soviet Union and America during the Cold War and also to consider the ways in which the two superpowers of the 20th century operate in the same way. The bridge between Brooklyn and Manhattan, the bridge between East and West Berlin and finally, Glienicke Bridge, the “Bridge of Spies”, each factor prominently in the film at certain points throughout. Sometimes heavy-handed, often funny and always visually stunning, Bridge of Spies is a serious movie about serious people whose lives and honor are on the line.

Jim Donovan is a lawyer who is tapped to represent Rudolph Abel, a Russian spy living in New York, so that it appears that Abel is getting a fair trial. But Donovan won’t kowtow to the government and others who believe that he should apply the law differently to Abel because he is not a United States citizen. Abel and Donovan develop a sort of friendship and Donovan realizes that Abel should be kept alive in case an American spy falls into Russian hands. This sets up the second half of the movie where we track two different Americans who have fallen into the wrong hands and Donovan’s attempt to orchestrate a deal in Berlin.

Tom Hanks, reunited with Spielberg for the first time in 10 years, plays Donovan just in the way we want him to. Donovan is funny, he’s smart, he’s kind, he’s stubborn, and perhaps most importantly, he’s right. Mark Rylance’s Abel is clever, resigned and somewhat shifty. The rest of the cast feels authentic to the period and to the countries (other than Alan Alda who seems like he wandered on set in a suit and they filmed him for fun).

Bridge of Spies feels like an inherently American movie (though the script was initially written by British playwright Matt Charman and then punched up a bit by the Coen brothers), one that takes the ideals of America and tries to export them to the rest of the world through example. Hanks returns as an all-American lawyer with something to say and reminds judges, members of the CIA, Soviets and East Germans what the ideals of America mean and why they are not to be reckoned with. In many ways, it’s a throwback film. Donovan isn’t an anti-hero, the plot isn’t subverted in any surprising way, and the Russians are the enemy. And so it’s entertaining, smart and just a little bit safe. But that almost makes it refreshing. 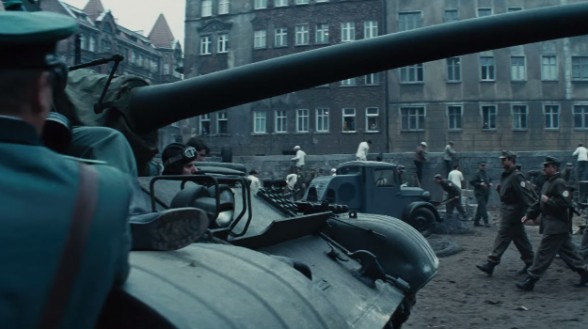 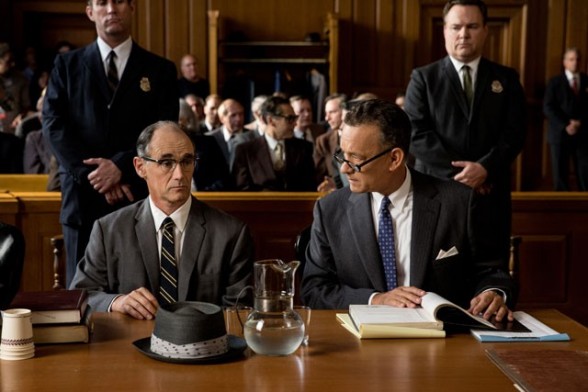