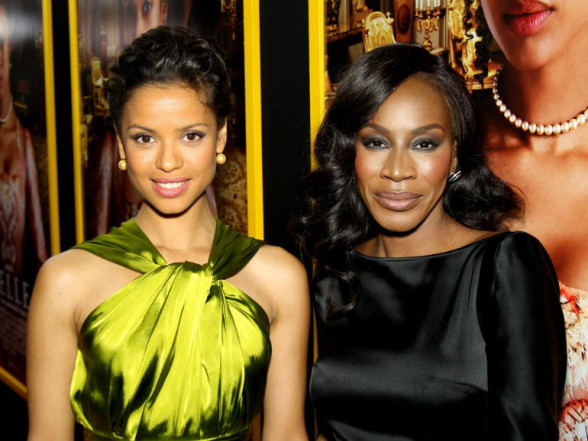 Race, gender, class and politics all swirl together in Belle, the feature-length directorial debut of Amma Asante that tells the story of Dido Elizabeth Belle Lindsay, the illegitimate daughter of a Royal Navy Admiral who is left to be raised by her great-uncle, the Lord Chief Justice. Resembling a Jane Austen adaptation, complete with multiple suitors, witty old maids and gorgeous costumes, Belle finds the drama in a key historical moment in 18th century England.

Dido and her cousin Elizabeth are both raised by Lord and Lady Mansfield because their father’s have left the behind. Dido’s father has gone on an expedition (but not before retrieving his daughter from the slums and bringing her to Kenwood) and Elizabeth’s has chosen to remarry and does not plan to give her any money towards her dowry. When Admiral Lindsay dies, Dido inherits a large amount of money, but her race makes her status complicated. She cannot eat dinner with her family, but neither can she eat with the servants.

One evening, when two men have come to call on her family, she meets John Davinier, the son of the local vicar who aspires to be a lawyer. He begins training with Lord Mansfield, but his political views are too lofty and progressive for Lord Mansfield and he gives information to Dido that Lord Mansfield feels is inappropriate for her.

What differentiates this movie from many of its counterparts, is its direct conversation with contemporary issues of race and gender and class. The movie triumphs humanity and openly questions the class system in place in the England in which the film is set, but also in the Great Britain of today. Rather than allowing itself to be merely a love story or a story of personal discovery, Belle examines a culture’s discovery of right and wrong at a critical period of time. And reminds the audience that direct engagement with people from different backgrounds will humanize them.

The real life Dido is known primarily for being painted alongside her cousin as a member of the aristocracy and the use of painting and imagery of black slaves and servants highlight the difference between the painting and other images of black people from the time period.

Gugu Mbatha-Raw is stunning as Dido, exhibiting strength and vulnerability and fear with ease. Penelope Wilton and Emily Watson are terrific as the strong female authority figures who raised Dido and her cousin Elizabeth. Sam Reid is swooningly earnest and idealistic as John Davinier.

Belle is a gorgeous, smart movie about love, strength of character and morality with a top-notch cast.