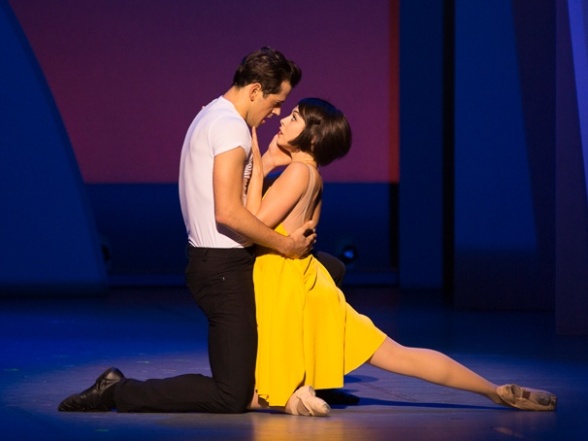 Christopher Wheeldon’s An American in Paris is a stunning directorial debut for the British choreographer. Using Gershwin songs and featuring a libretto by Craig Lucas, the musical is inspired by the 1950 film starring Gene Kelly and Leslie Caron, borrowing the plot and most of the characters, but also adding other Gershwin songs to the mix.

Robert Fairchild stars as Jerry Mulligan, an American GI who decides to stay in Paris after the end of World War II so that he can soak up culture and pursue his career as an artist. He meets Adam Hochberg, a GI-turned-composer played by Brandon Uranowitz (and our narrator for the show) and Henri Beurel, a French aristocrat who dreams of being a lounge singer in America played by Max von Essen and they help him get settled in Paris. Adam invites him to the ballet school where he plays the piano and Jerry sees Lise, a dancer who caught his eye earlier played by Leanne Cope. He also meets Milo Davenport, a wealthy socialite who takes interested in Mulligan both for his good looks and his artistic ability (played excellently by Jill Paice). Eventually Milo commissions a short ballet to be performed by Lise, composed by Adam with design by Jerry.

More important than the plot in this show, however, is the gorgeous dancing inspired by the original Gene Kelly choreography, but also contemporized and expanded for the stage. The opening of the show is a swirling ballet that introduces the audience to post-war Paris and to Jerry and Lise. Both transplants from the ballet world, Robert Fairchild and Leanne Cope are wonderful as Jerry and Lise.

Gershwin favorites like ““I Got Rhythm,” “’S Wonderful,” “But Not For Me,” and “I’ll Build a Stairway to Paradise” are well integrated into the show and staged well by Wheeldon.

The weakest part of this show is the libretto by Craig Lucas which ups the neuroticism of Adam to an almost and is filled with a few too many corny jokes. The low brow nature of the libretto juxtaposed with the high brow nature of the choreography feel at odds with each other at times, though the entire show retains a sense of whimsy and fun through out.

Overall, An American in Paris is charming, delightful, swirling show with a number of impeccably choreographed ballets and a gorgeous score. 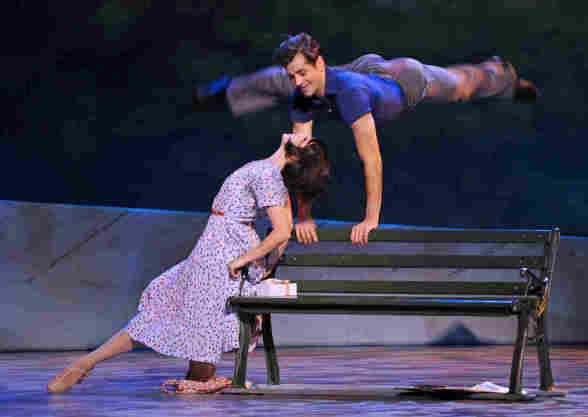