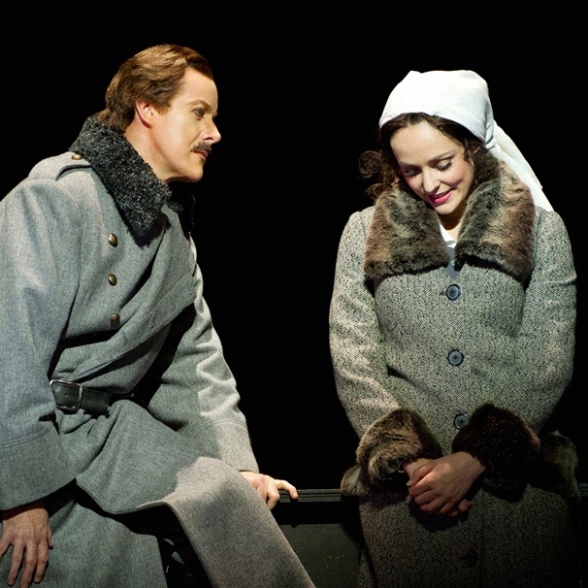 Powerful love story, chilling look at the horror and brutality of war, frightening glimpse into the social and political upheaval of early 20th century Russia: like the novel and movie that preceded it,  the new mega-musical Dr. Zhivago is all those things, and more.

Tam Mutu stars as Zhivago, a young man who is not only a doctor, but also one of the most celebrated and revered poets in all of Russia.  As conflicts break out–World War I, and, later, the Tsarist-Communist civil war (aka the Bolshevik Revolution)–he is recruited to minister to the wounded on the battlefield.  Eventually, fleeing to the solitude of a small, quiet town, he reunites with the beautiful Lara, a nurse-turned-librarian whom he has met before.  Though they’re both happily married–Zhivago to Tonia, Lara to the radical leftist Pasha–they fall in love.  Predictably, complications ensue, not only in the form of their respective spouses, but also in the return of the leering lawyer Viktor Komarovsky, to whom Lara surrendered herself, under duress, years ago.

Will fate allow Yurii Zhivago and Lara to remain together? What of his family? What of Lara’s husband? If you’ve read the book or seen the movie, you already know the answers; if (as in my case) you haven’t…you may be in for some surprises.

In a Tony-worthy performance, Mutu (making his Broadway debut) is superb; virile yet vulnerable, he sings the hell out of Lucy Simon’s lush, soaring score and, just as impressively, can act, too.  As Lara, Kelli Barrett is just as strong, her solos every bit the showstoppers that Mutu’s are, her half of their duets just as compelling.

Among the rest of the large cast, Tom Hewitt’s Viktor–sinister, menacing, but, in the end, unexpectedly selfless–stands out, as well.

Director Des McAnuff wrings the drama out of every last moment; the sets by Michael Scott Mitchell are effectively bleak; and the long battlefield sequences–featuring some of the best lighting and sound effects around–might just leave you quaking under your seat.

Theater lovers, pay attention.  This Zhivago could be just what the doctor ordered. 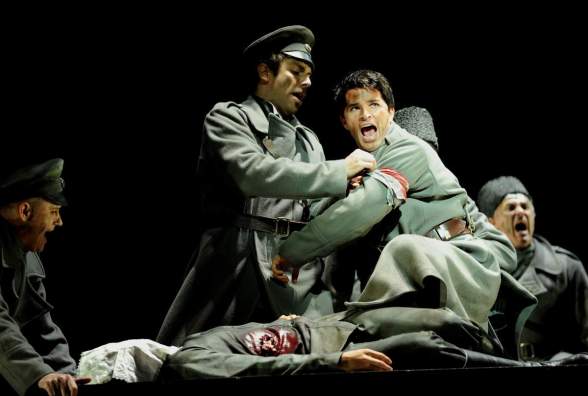 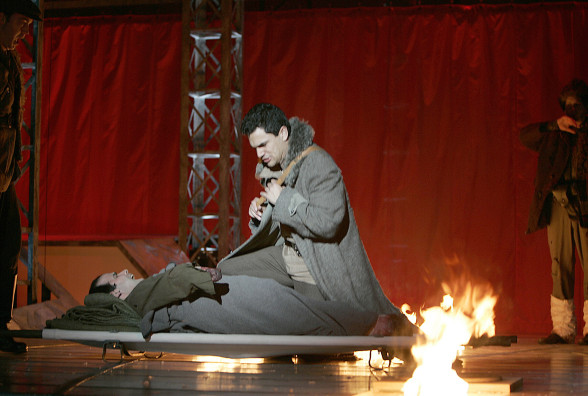 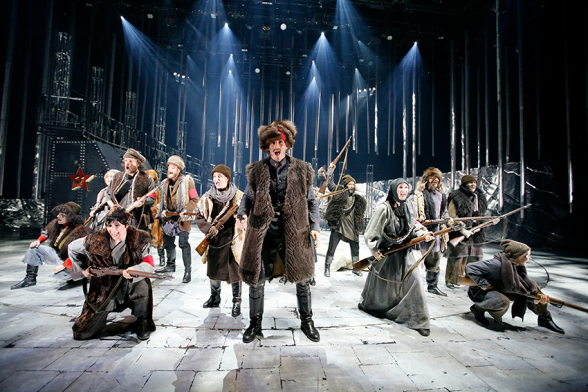