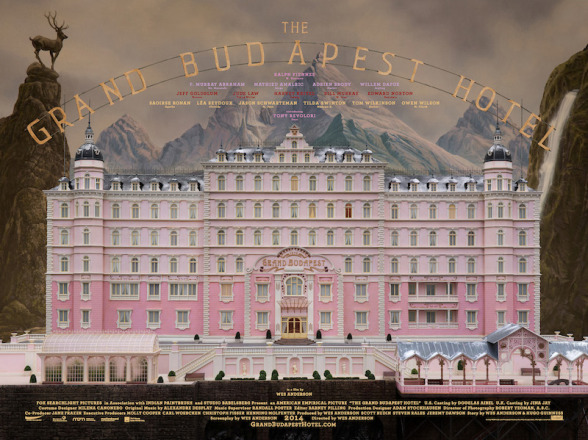 Ralph Fiennes stars as Monsieur Gustave, the haughty concierge of the aforementioned establishment, which – with its magnificent exterior, huge lobby, sweeping staircases and football-field-length hallways – is one of the most palatial in all of Europe.  Gustave is a bit of a con man: when he isn’t greeting his wealthy guests, he’s suavely seducing the easily-flattered dowagers who come seeking accommodations, hoping to worm his way into their wills.  Sure enough, not long after the movie begins, one of them dies, and Gustave – accompanied by his lobby boy and sidekick, Zero – hightails it out to the old lady’s estate, where he learns that she has bequeathed to him a priceless painting.  He returns it to the hotel for safekeeping, is framed for her murder, narrowly escapes from prison, and…that’s not even the half of it.

Fiennes is excellent, a master of the deadpan delivery so common in Anderson’s films. Everyone performs – very effectively, too – in the same laconic, low-key style: from Tony Revolori as the wide-eyed Zero Moustafa, to Saoirse Ronan as his girl, Agatha, to F. Murray Abraham as the haunted, soft-spoken “old” Moustafa (who, in a kind of framing device, is telling the whole wacky story years later to a curious writer over dinner one night).

It is–and this is typical of Anderson – the look of the film that’s important. The composition of each scene, each frame, each lovingly-crafted, densely-detailed backdrop are what Anderson really cares about.  (One thing’s for sure: many more shots of the hotel’s breathtaking interior, and I would have been tempted to hop a plane, trudge through the snow, and book a room at the place myself.  What a vacation that would be! And what a view!)

Bottom line: if you like movies that appeal to the eye and not the emotions, The Grand Budapest Hotel is for you.

If, however, you prefer well-rounded characters you can relate to, and not cardboard cut-outs – if you’d rather watch (and maybe even shed a tear for) real, live human beings – you might be better off checking in elsewhere.

(Clearly, the Academy disagrees.  The Grand Budapest Hotel is up for a number of Oscars, including Best Picture.) 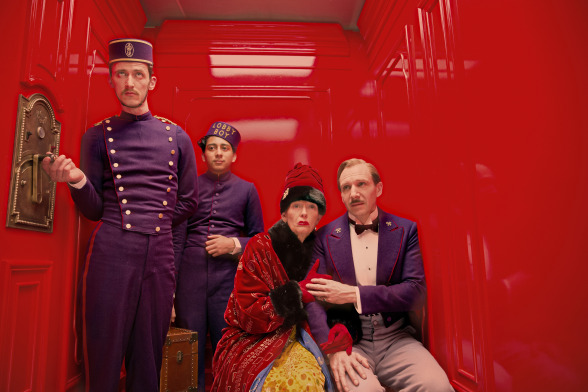 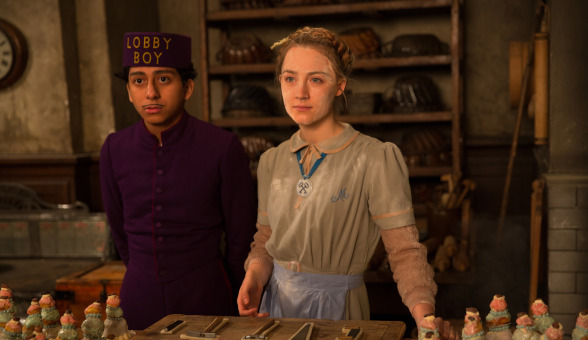 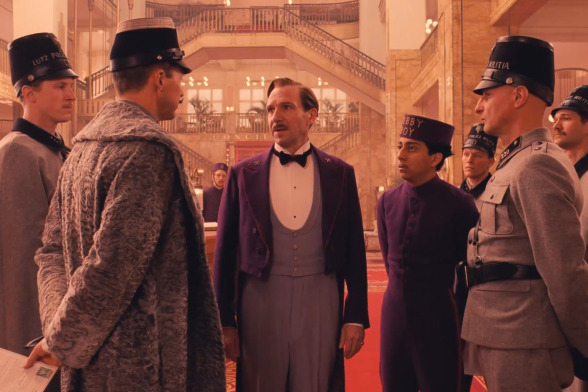 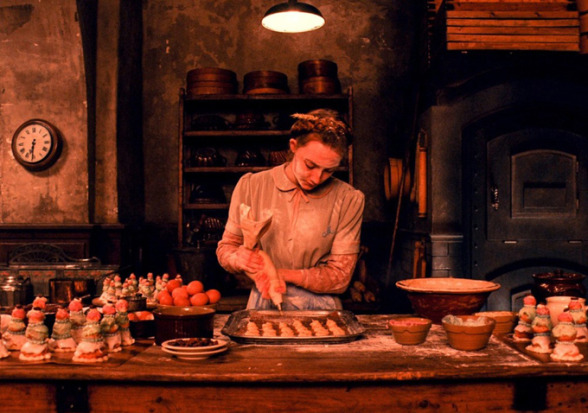