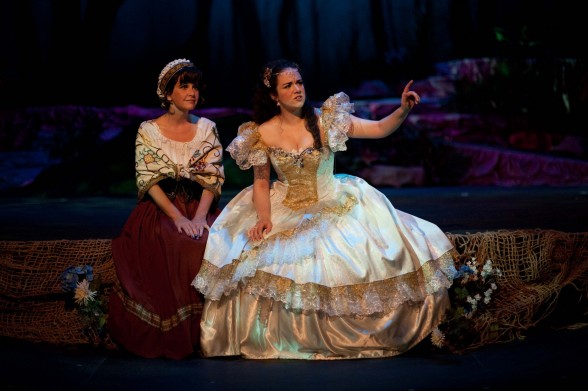 A smorgasbord of characters from many of our favorite fairy tales, the current revival of Stephen Sondheim’s “Into the Woods”, now wrapping up its run at Central Park’s Delacorte Theatre, boasts quite a line-up. Iconic figures like Snow White, Cinderella, Little Red Ridinghood, and Prince Charming are all here, singing one of Sondheim’s best scores, musically and lyrically, in one of his darkest, most disturbing — and yes, even frightening — works. 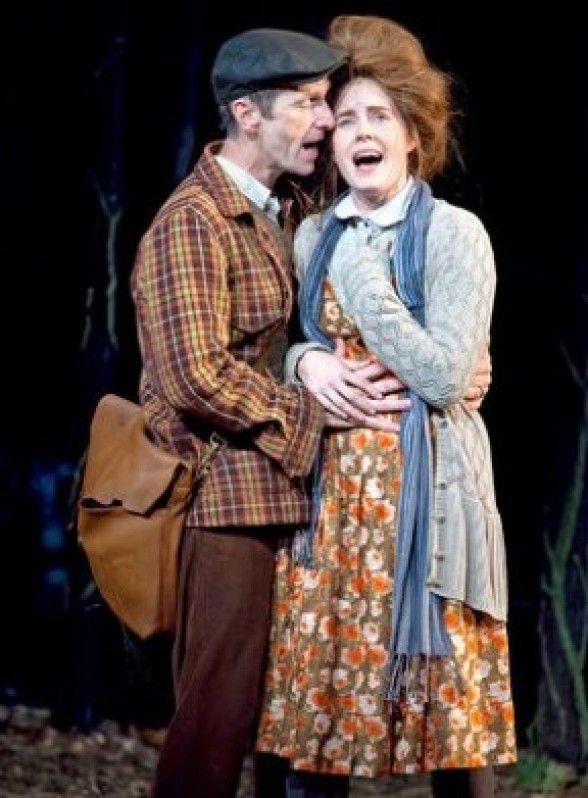 The complex plot (crafted by Sondheim and his collaborator, librettist James Lapine) focuses, for the most part, on the Baker and his Wife, who have been dispatched into a medieval forest by the Wicked Witch to procure a series of items — a lock of hair, a cow — that, upon delivery, may persuade the nasty old hag to grant them their fondest wish: a child of their own. Along the way, they meet a nearly dizzying array of other fairy tale characters; for lovers of the Brothers Grimm or Hans Christian Andersen, “Into the Woods” is an embarrassment of riches.
.
Denis O’Hare and Amy Adams as the Baker and his Wife are just fine, but the real standouts (in what is otherwise a terrific ensemble cast) are Cooper Grodin and Ivan Hernandez as a pair of buffoonish princes (Hernandez also deserves kudos for his fine comic turn as the lecherous, lascivious, granny-eating Wolf), Sarah Stiles as an ultra-quirky and hilariously funny Little Red Ridinghood   … and, of course, Donna Murphy.
. 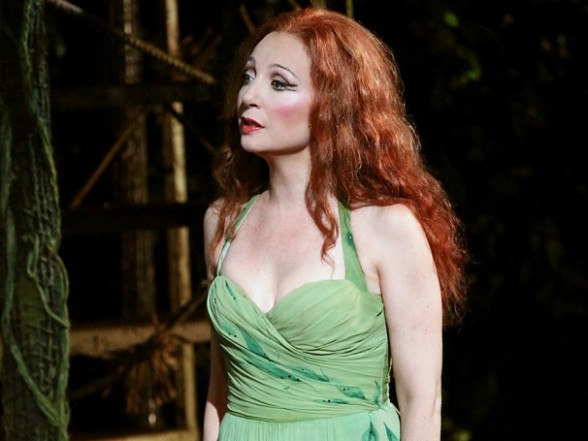 As the mean old Witch — bent and twisted in the first act, young and beautiful in the second — Murphy’s solos (chief among them her second act showstopper, “Past Midnight”) rank among the finest tunes Sondheim has ever written; her voice is as rich and powerful as ever, and she brings down the house every time.
.
If the action drags at all, it’s during the long second act, which — arguably — is hardly even necessary. (With it, the show clocks in at a
hefty three hours, or close to it.)
.
No matter: “Into the Woods” is one bedtime story that — far from putting you to sleep — might just keep you tapping your toes and humming the score even after you’ve left the theatre.
.
(Note: This production is scheduled to close Saturday, September 1st. Rumor has it that it might be moving to Broadway.)
.