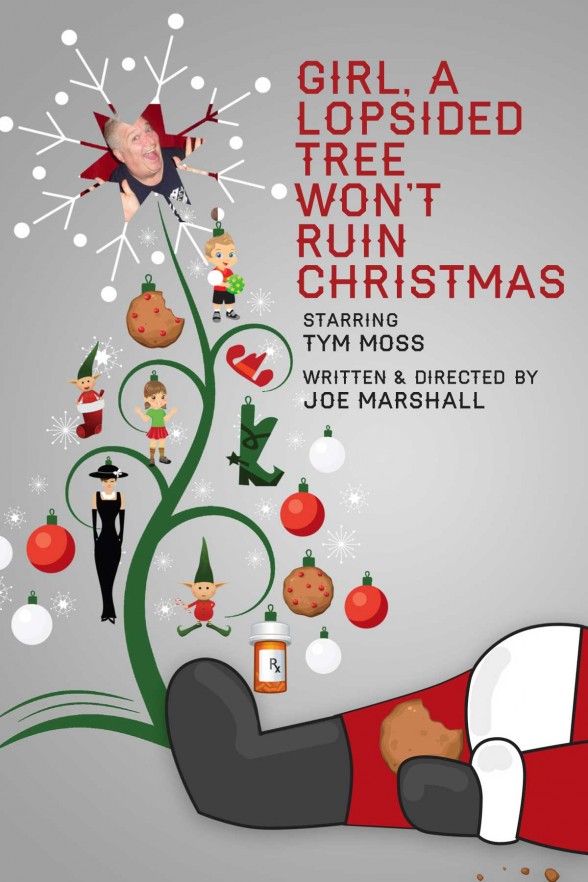 Tym Moss is an entertainer and actor. With a very sweet and down-to-earth personality, he is funny and very genuine about what he does: acting and singing. Growing up in the Midwest in times when dealing with one’s sexuality was difficult – way different than the concept of freedom we have today –, he pursued his dream in life searching for what he didn’t even know was possible. Tym talks about sexuality, alcohol and drugs, and about how bad it was living in New York City in the last decades of the 1900’s. He was emotional all along during this interview, and there was one time he cried, when he remembered his experiences with drug addiction, which he’s not scared of anymore, because he knows it’s just the past. His show “Girl, A Lopsided Tree Won’t Ruin Christmas”, working with producer Joe Marshall, is a comedy about Christmas, performed at the Players Theater,115 MacDougal Street, in Manhattan. They “kill Santa” in the first act, and his two elves are now unemployed. Difficult to understand all of this just by reading my introduction, isn’t it? Let’s read the interview…

Lucas Eller: Before you start telling me about the show itself, how did you start acting? How was the beginning of it for you?

Tym Moss: Oh my God, I’ve always been an actor!

Lucas: Since a very young age?

Tym: Not professionally or anything, but ever since I was young, for as long as I can remember, I was told that… I got this signal that… being gay… I grew up in the 60’s and 70’s in the Midwest…

Lucas: How was it back then?

Tym: There was no such thing. I had never heard the word “gay”.

Lucas: Was it like, if you told your parents you were gay, they’d say “no, you’re not!”?

Tym: Well, we didn’t know there was such thing as being gay, because it was not public, there was no “Will and Grace” on TV or anything like that.

Tym: So, I always received signals that I was wrong, that there was something wrong with me. And somehow I started acting, like everybody else…

Lucas: As a teenager?

Tym: As a child, for as long as I can remember growing up. I’d say that was the beginning of my acting.

Lucas: Did you act in school?

Lucas: Professional artists to that matter were in New York City, not in the Midwest?

Tym: If it were movies you’d go to Los Angeles. I didn’t know anybody who made their living singing or acting, so I didn’t know it was possible, I really thought it was just a dream.

Lucas: It’s funny to think of it that way to my younger generation. Then, one day, you saw yourself doing it here in New York. How long ago did you get started?

Lucas: Do you care to share it with us?

Tym: Well, I originally moved here, because I’m also a singer, and I was touring with different groups, and decided to break out on my own, and it would be either NYC or LA, so I chose New York, which was absolutely filthy, it was so dangerous, it was horrible. I moved out here with my eyes wide-open.

Lucas: You had no family or friends here?

Lucas: You had to start totally on your own. How was that for you?

Tym: I honestly didn’t want to be here. But one of the pluses was that I could be gay here, whereas I couldn’t be gay back home.

Lucas: Imagine, in your lifetime, how this city has changed. New York City is one of the safest big cities in the world, perhaps the safest of them all. And it could be cleaner, but it’s not filthy at all.

Tym: Oh, please. This is very clean now, compared to what it used to be.

Lucas: As we know, it’s a big city, more than 50 million tourists come visit us yearly. And the mayor wants more tourists to come.

Lucas: And tourists like to come see the city.

Lucas: My point about criminality in the ‘90s, I remember watching a movie, I think it was “Kids”.

Tym: I remember it.

Lucas: The story of that film was in the mid 1990’s, and I heard it was still a little violent on the streets near where we are now. By the way, this interview is being recorded at the Arthur Seelen Theater, in the basement of the Drama Book Shop, located at 250 W40th Street , south of the New York Times Tower. Very often customers of the shop tell me they didn’t use to walk on Eighth Avenue even at daytime, because it wasn’t safe at all.

Tym: It used to be very scary. But now it’s safe. By the way, the Drama Book Shop is love story, you guys have to come visit it.

Tym: And we don’t have to worry about making sure someone will stop us with a knife and get our wallet.

Lucas: Now this city is pretty safe. And it’s called “the gay city”, isn’t it? People here are generally very easygoing, and everyone is so comfortable with their sexuality.

Tym: That’s true. But when I first moved here, it was so dangerous I used to think “if I could get killed being gay, I might as well be killed here in New York”.

Tym: Honestly, the feeling was: you’d leave your apartment in the morning, go to work, take the subway back home, and if you didn’t get mugged or killed, you made it through the day”.

Lucas: It’s difficult for me to imagine, I came here about ten years ago, and found a total different city: clean and safe.

Tym: You got lucky.

Lucas: I guess I did. Now let’s talk about your show. Is this a new show of yours?

Lucas: And it’s called “Girl, A Lopsided Tree Won’t Ruin Christmas”. I like that, it sounds funny and interesting. It’s written and directed by Joe Marshall, correct?

Tym: Joe Marshall is this amazing mind, he wrote “The Gayest Pageant Christmas Ever”, which was a big hit last year. And this year he had the theater space, and we had a meeting to talk about a show for 2012.

Lucas: Is it a musical?

Tym: I don’t know what it would be classified as. It’s definitely a comedy. There are also a couple of scenes that are very dramatic. I play 8 different characters, even though it’s a cast of only 3. I’ll give you a hint: in the first scene, we kill Santa; Santa dies. Throughout the show, Santa Claus’ two elves are in need of work, they’re unemployed now, and they go around looking for different jobs, which happens in between scenes, so I have time to go backstage and change costumes for my next scenes.

Lucas: How nice. It’s very important to love what you do.

Tym: I also wanted to mention a scene in which I play a drug addict. Back when I had just moved to New York, I was young and naïve, and I was easily manipulated. And I got manipulated into real estate, which I hated. I woke up one day and I owned the company, so I didn’t have time to do what I really wanted to do: to become an artist, an entertainer. I was miserable for twenty years, two awful decades.

Lucas: Sorry to hear that.

Tym: So I got to a point I didn’t care if I lived or died, I went extreme with drugs and alcohol, because I didn’t care.

Lucas: You were very unhappy…

Tym: Extremely. I wasn’t being true to myself, who I was supposed to be. So, after I went to rehab, and got treated, looking for ways to get out of the drug scene, my memories starting coming back, and I had to ask myself what I really wanted to do with my life. The answer was: “I’m an entertainer”. As soon as I committed to that, everything started falling into my path.

Lucas: Well, I’m happy for you that you were able to find a way out of the problems, I know it’s not easy.

Tym: Me too. It takes a lot of work to get out, and to be able to focus again on the things that really make you happy.

Lucas: It’s so awful to feel trapped in that state of mind.

Tym: True. So, one of the scenes that I had to do was about this character who does drugs. I found it very difficult, it really scared me to revisit that scenario, in my personal life. It was very scary to go back into that thinking. And the first time I read Joe’s script, I cried. I asked him: “How did you captured it?” Because he got it written so well. It’s very intense, it’s very scary, it’s very disturbing. It has all the elements that this mind set is.

Lucas: And how do you feel about it now? I just noticed you cried a little bit as you talked about it… I understand it wasn’t easy for you to deal with a personal experience related to this character. Are you happy now?

Tym: I am so happy. Because Joe challenged me about the drug scene.

Lucas: I’m so happy for you that you were able to deal with your fear, and that you have your show running now. I look forward to seeing it. And thanks a lot for this interview.

Tym: Thanks a lot, Lucas. I look forward to seeing you in the audience sometime soon. 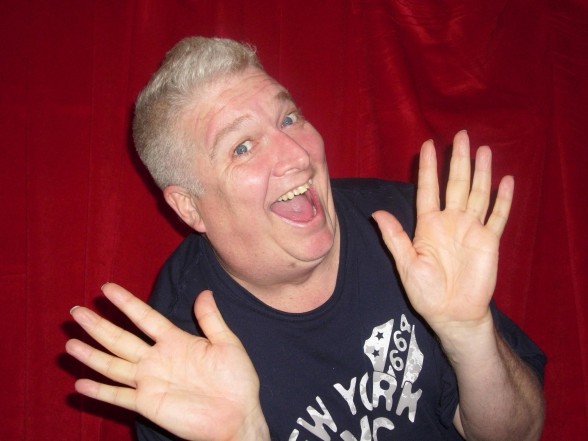