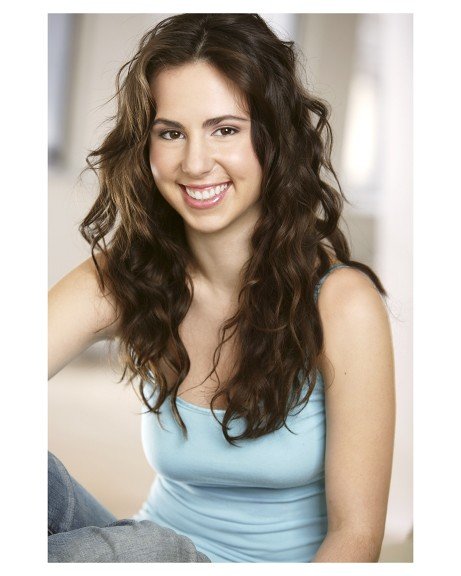 Lucas Eller: To get started, tell us a bit of the history of the  NYCity Slickers.

Abigail Hardin: It’s a band for which I’m one of the lead singers, and my mom and my dad are also in it. So it’s kind of a family band. We started whenever we’d drive down south (from New York), we’d always listen to this music on the radio (I love it!), so that’s how we became interested in blue-grass, and then we formed it in 2008. In 2011 we released our debut CD Laying It Down, and in November 2013 we released our new EP called Cotton and Comment Sky.

LE: In New York, the band performs at bars, and the other day your mother, Annie Chadwick, told me about a performance in a Manhattan church, which are very different environments. Why do you think a diverse audience is interested in bluegrass?

AH: Coming from our theatrical background, we put on a show, that’s what we pride ourselves on. We don’t just get on stage and go inside of ourselves, we’re much more extraverted. Since 2001, I believe, because of the movie Oh Brother, Where Art Thou?, bluegrass is becoming popular again. Also I think because New York City is a place where a lot of people are from somewhere else, I think that’s why there’s a big interest in bluegrass, because there are people from that region who now live here.

LE: Is it from the south of the United States?

LE: In how many places does the band get to perform?

AH: About 15 to 20, or more. We’re always playing in different places, but Rodeo Bar is our main one. We play in various different bars. We haven’t played in the Bronx or Staten Island yet, so these places are spread out in in Brooklyn, Queens and Manhattan.

LE: I saw a concert and I loved it. I live near Rodeo Bar and I stopped by one night for one 15-min cocktail, but ended up staying for 2 hours. You were great on stage, the music is very exciting and entertaining.

AH: We had people say it’s impossible to stay in a bad mood when listening to us, because it’ is such happy music. And the energy is something that we have to work on to keep that going for three hours. We just have a great time. I think what makes us unique is that we have female singers whereas bluegrass is normally performed by male singers, and also because we trade off lead singers, I lead for a portion, and then my mom, and Kate Harris. That way we get a little bit of a rest in between, and the audience likes it, because it’s three different lead singers.

LE: Any particular song that you personally like in the band?

AH: I write a bunch of songs, so I like the ones I wrote. We also perform Katy Perry’s Teenage Dream, that’s a lot of fun.

AH: Not yet, so it would be one more thing. An audio version MP3 and iTunes is available on our website www.NYCslickers.com

LE: I heard the band is about to travel to Norway.

AH: We are going to Norway in September. It is such a unique opportunity. Actually because of Rodeo Bar: in 2010, a volcano erupted in Iceland suspending air travel between Europe and America. So when that happened two Norwegian fellows were stranded here in America because they couldn’t go back. They love Americana music, and they were at Rodeo Bar on a night that we happened to be playing, and ever since then we developed a relationship with them, their families and friends, who come over and visit. As a result, we now know so many Norwegians. And then to make the world even smaller, it turns out that one in their family rented a brownstone across the street from where we live–it’s such a small world.

AH: It’s like fate. Through meeting them, we also met a film director, Kamil Jensen, who runs the Nordkapp film festival in Norway and he became interested in us and he was hoping to bring over the whole band to do a mini-tour in the headline of the film festival. We are hoping that it’s gonna happen down the line,  but for now my mom, my dad and I are flying over and we’re just gonna be doing a little taste of the NYCity Slickers. It’s really neat, we are not going to Oslo, which is in the southern part of Norway, we’re going to the northern most inhabited city in Europe.

LE: Does the city have a big population?

AH: It’s the largest city in the north of Europe, there are other areas in the north but they are towns. It’s the only city that’s this far north.

AH: It’s called Honningsvag, and it’s in the Arctic Circle.

LE: Your trip there is in the fall towards the winter, so you’re probably gonna get only about 6 hours of sun a day.

AH: Yes, their sunlight is starting to diminish now.

LE: Where are the performances going to take place?

AH: We are going to be performing multiple times, for the film festival, we’re gonna be doing a work shop in Americana folk music, and also a church which is the only building that was not destroyed by the Germans in World War II.

LE: I bet the Norwegian people are very curious about your band, being from the United States, because they love to watch what happens here.

AH: They do. I think Europeans are fascinated by the Americana music, the older folklore of America.

LE: Thanks for this interview, Abigail. I look forward to hear more from you and the band when you guys return to New York.
LUCAS ELLER INTERVIEWS