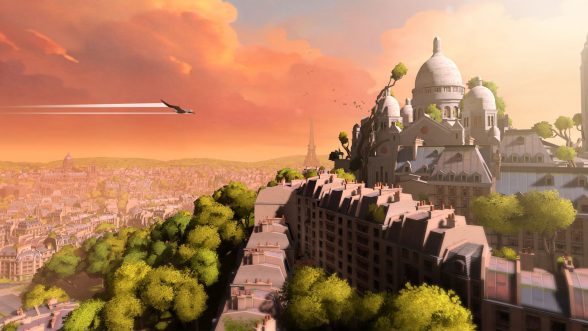 Yesterday Hudson Oliver–a longtime friend of mine, who is a singer and ballroom instructor at Arthur Murray Dance Studio–and I experienced Imax VR (virtual reality), which I heard is the only of two in the world right now, one here in Kip’s Bay (Second Avenue and East 32nd Street) where we live in Manhattan, and one in Los Angeles. This is a real story, a very personal review of this new game and experience.

We tried “Eagle Flight,” which was so much fun. I felt slightly anxious, some light headache and dizziness during and after the game. What really stirred up my enthusiasm was, naturally, flying over Paris.

In the game, you sit on a chair where you’ll be given instructions by a staffer, such as how to use the control buttons. Four of them were essential during “Eagle Flight”: Your right index finger speeds up the flight, while your left index finger slows it down. There are two buttons on the right side where you can either attack or defend yourself.

I personally couldn’t figure out how to get down to the ground, because during the short mentoring program I crushed on the ground really hard, before I had learned about slowing down and flying too close to buildings and trees near the Seine. The technique is very simple: Don’t look at the ground, because your head directs you anywhere you want to go. When you see a purple light, just go down there slightly slowly at first, find a bubble or something of the kind, look right through it, so you’ll fly through it which means you’ll have grabbed the rabbit.

I took my time to enjoy the formidable cityscape from The City Of Light from above, flying pretty close to the Eiffel Tower at times, and didn’t pay so much attention to the game, as Hudson captured the rabbit very fast. Once I was warned that the rabbit had been captured, I figured I had to shoot him so that he’d lose it: He dropped on the ground dead and complained about it verbally. Because I couldn’t figure out how to capture the rabbit, every time he captured it I shot him down. He complained about the shield, the instructor and I gave him tips about how to use it efficiently.

Eventually Hudson got mad at me and said: “Stop shooting me. I’m not shooting you. Just grab the rabbit.” So I pledged to not shoot him, and decided to follow him to see how he’d grab the rabbit. I learned it at the very end of the game, but because I had shot him down about 5 times, as I was following close enough for learning purposes, he decided to shoot me for the first time and succeeded because I didn’t know I had to protect myself from him due to an agreement. Hudson Oliver was traumatized by how often he got killed so he broke his pledge.

The sensation is amazing, there’s hardly anything as much fun as flying over Paris. Price is about $10 for about 15 minutes, depending on the game you choose. Because this is new and very few people know about it, there was no line. I’m sure soon enough we won’t be able to enjoy playing the video-game anymore–an experience I hadn’t enjoyed again since 1997–because I just can’t stand waiting on line for anything at all. 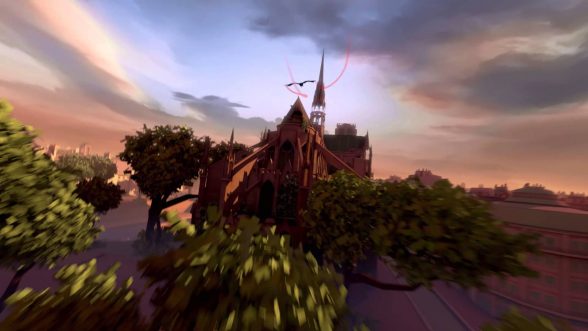 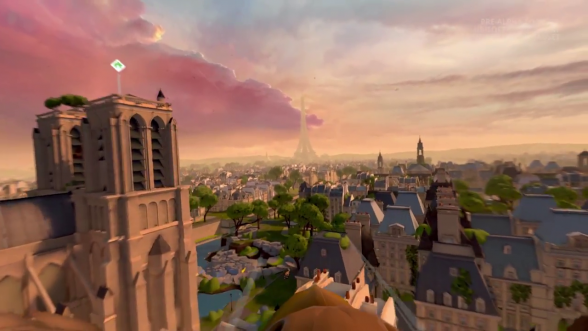 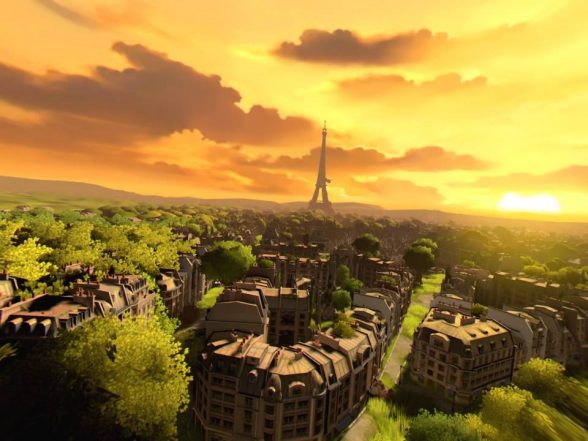