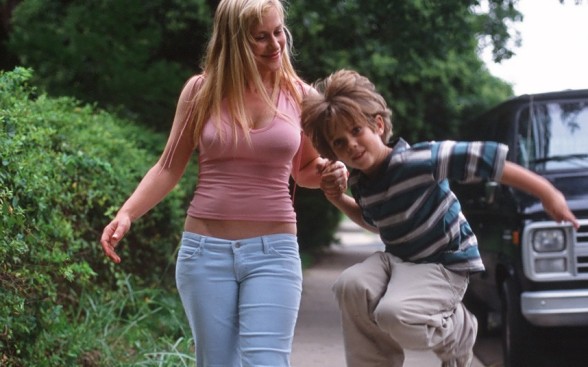 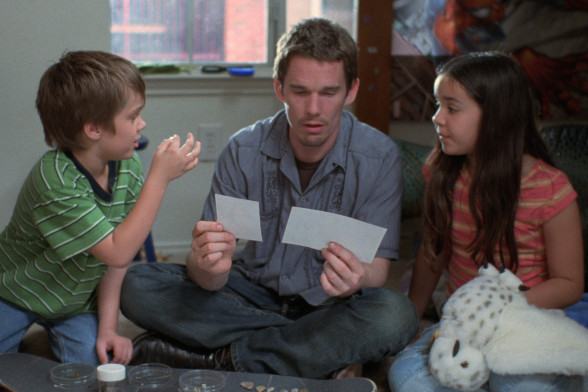 From milestone to family milestone, childhood dreams to teenage angst, one parent’s heartbreak to another’s triumph, Richard Linklater’s experiment in filmmaking, Boyhood, covers an awful lot of territory…and every moment of it is compelling.

The story revolves around young Mason, Jr. – the “boy” of the title – the smallest member of a single-parent household, who is living with his mom and older sister.  When we first meet him, he’s a mop-topped grade-schooler, all skinny arms and knobby knees and in every way just plain cute.  The central conceit of the film, of course, is that as time goes on, we watch Mason (and the actor playing him) age from boyhood to adolescence to his upper teens; the little tyke at the beginning who is barely out of kindergarten is, at the end, embarking upon his freshman year of college.  As a result, we really get to know Mason; we watched him grow up, after all.  Linklater’s audacious approach, to film his actors for a week or two a year for twelve years — as courageous a directorial decision as you will ever encounter — pays off handsomely.

It is the little moments that make this film, the details that give it life: Mason’s reluctance to do his homework, a habit that pursues him all through high school; the scene in which Mason and his friends huddle together over a ladies lingerie catalogue, and stare wide-eyed at what awaits them when they’re older; the part where Mason, younger still, agrees to join some bigger boys in a testosterone-fueled rapfest about sex. (Mason, naturally, being the sweet kid he is, remains on the sidelines, more than a little uncomfortable.)

As a father — and as someone who was, once upon a time, a curious little boy himself — I could relate to all of it.  And that’s the genius of Boyhood: its resonance.  The performances help; they are so real that I wouldn’t be surprised if Linklater simply rounded up his actors from time to time, aimed his cameras at them, and let them improvise.  As Mason, Ellar Coltrane, underplaying beautifully, is as genuine at the start when he’s just a tow-headed kid as he is at the finish; Lorelei Linklater (the director’s daughter) is wonderful as his big sister; Patricia Arquette, as un-actorly as I’ve ever seen her, is perfect as the single, devoted, hard-working mom who hardly ever seems to have luck with men, but never loses sight of the fact that the most important people in her life are her kids; and Ethan Hawke, morphing from shaggy-haired, guitar-playing absentee father (except for his weekly visits) to short-haired, gainfully-employed Middle-Aged Man With Prospects, is perfect — and, at all times, perfectly delightful and fun-loving — as the dad.

In short, Boyhood will charm your socks off — and maybe even inspire you to crack open that old family album and reminisce over a snapshot or two.

It’s that kind of heartwarming — and sometimes even heartbreaking — movie. 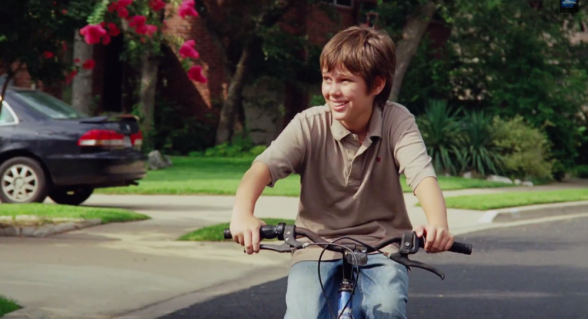 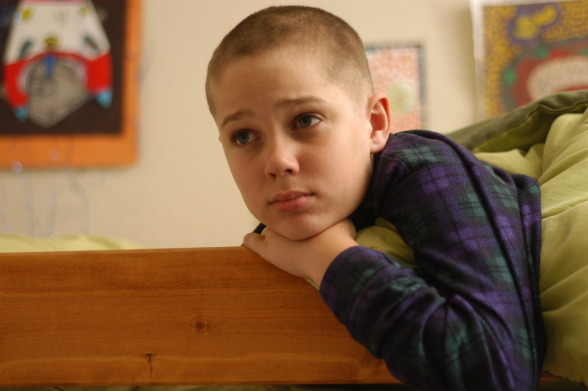 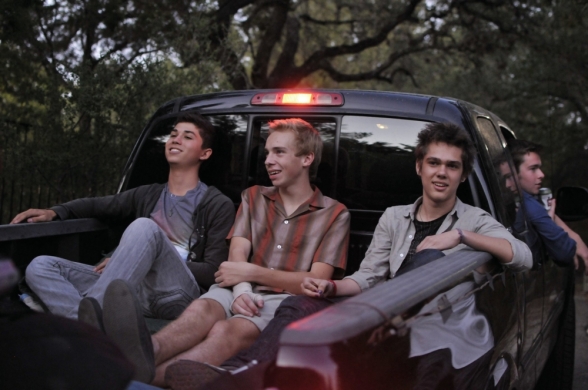 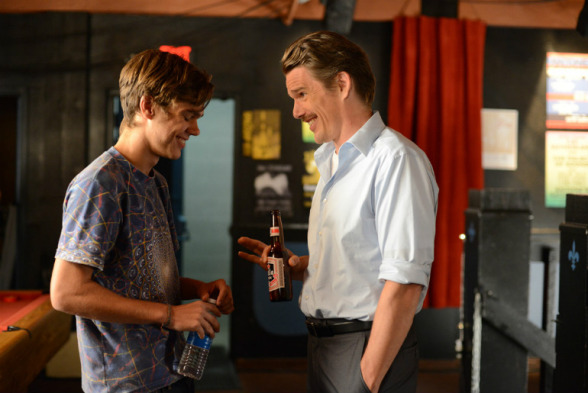 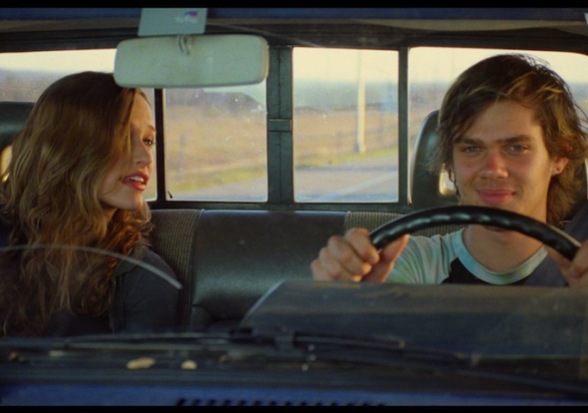 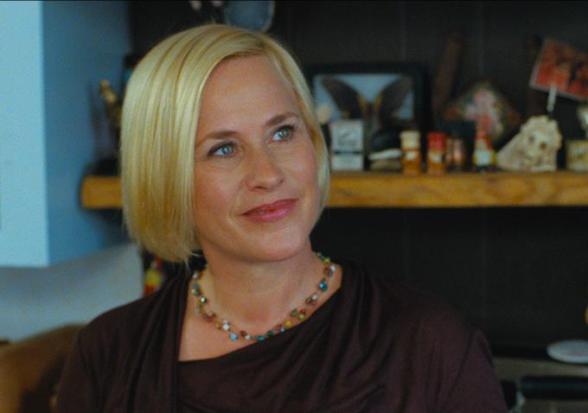