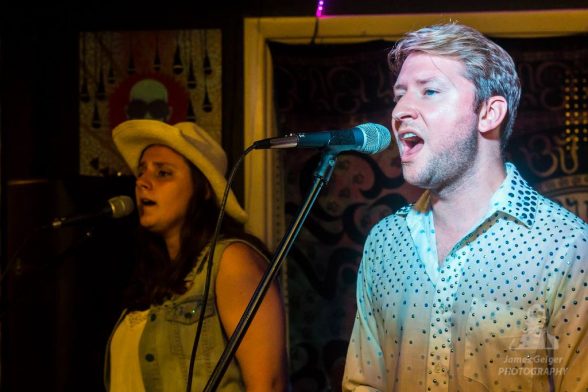 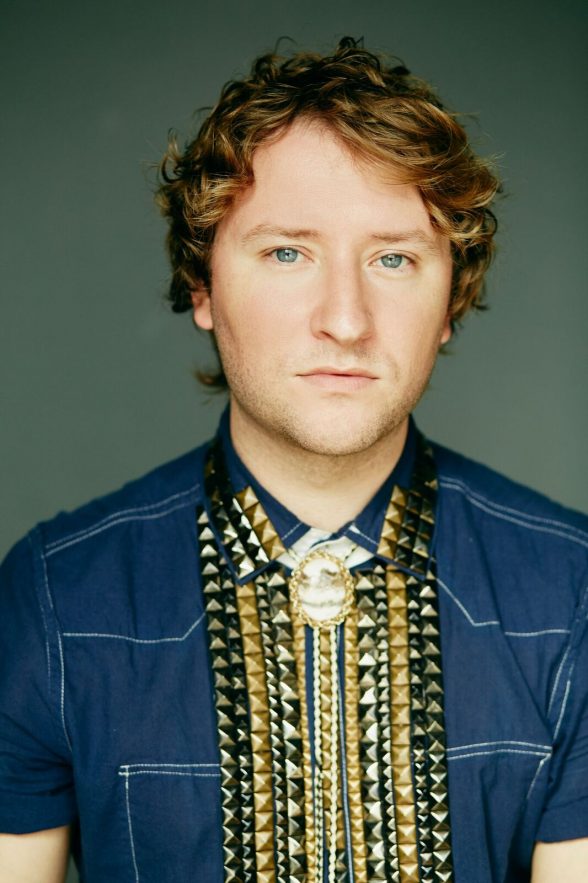 Late in 2015 I was at a pioneer New York City gay bar in Chelsea, The Monster, near Sheridan Square where Christopher Street meets Seventh Avenue, just a two-minute walk from Stonewall, another pioneer back at the time the police would go into bars and use violence against gay people…That’s the scenario where I saw James Wilson playing with a crowd of younger and older gay folks enjoying themselves at the piano bar. My roommate, the singer Hudson Oliver, decided to go almost every weekend to sing along with Mr. Wilson and his fans, and I was dragged into the scene, not to sing because I don’t, but to socialize with the nicest gay crowd in the city and to enjoy myself with so many talented people.

We recorded part of this interview in June 2016, right after the most horrible hate crime in this country’s history, sitting at Sheridan Square, where candles had been lit for such horrifying event, the shooting at Pulse in Orlando, Florida. James seemed comfortable as I brought up the issue. I, on the other hand, had just gotten married, so I was very emotional and cried a few times, as we looked at those candles lit. Later on, a bit of music at the Monster piano bar helped us all get through such painful moment in gay history, and sing we did!

Below is our interview:

Lucas Eller: So tell us a bit about your band, the Paisley Fields.

James Wilson: We are a country band. I’m the main songwriter, and besides country music we also do some modern stuff. We’re piano-based, inspired by classy-country style even though we reflect the modern world.

L.E.: Founded in Iowa before you moved to New York?

L.E.: How long have you lived in Brooklyn now?

J.W.: For 11 years. I’m from Iowa originally, but we started the band about 3 years ago, and it has evolved into this new thing. I find it cool and exciting.

L.E.: You also play at the piano bar at the Monster in Manhattan. For how long now?

L.E.: How many hours do you play there for?

J. W.: Five hours on Friday and five and a half hours on Sundays.

L.E.: Wow! That’s a lot of time playing the piano!

J.W.: Yeah! (Sigh with a laugh) It’s fun, though. I’m always ready for it, as long as people are there having a good time, that’s what really matters.

L.E.: I am one of your “piano bar friends.” I don’t sing but I’m a supporter, because it’s so much fun to see people singing happy at a piano bar.

L.E.: Outside New York, you have shows in other states. How are the tours?

J. W.: We’re actually about to leave this week on a tour in Richmond, Virginia in a benefit for Orlando. After that, we’ll be playing in Knoxville, Tennessee for Knoxville Pride. There will be actually a few shows covering this Pride month celebration.

J. W.: This summer we’re going to be away for one week, then back to New York, and after that two more weeks playing in different parts of the country.

Earlier this year of 2017, the Paisley Fields launched the music video of “How Low.” For this song, Mr. Wilson wrote on his FaceBook page:

“Two and a half years ago The Paisley Fields put out “Windows Fogged Up In Your Pickup Truck”, our first music video. It followed the story of two men meeting in NYC, falling in love and getting engaged. The story wasn’t too different from my real life, and I hardly considered it controversial. I never set out to create something controversial with that video. I just wanted to express myself in a way that reflected who I am as an artist and a person. After the video was picked up by a couple prominent blogs I quickly learned that homophobia is still alive and well in America. In response to the video we received some nasty messages online. Throughout The Paisley Fields’ career we continue to get these types of messages, which is something I guess comes with the territory. I’ve always set my focus on all the love and support we got. I have never responded to these people. Until now. How Low is my response. How low are you gonna go, til you learn that you can’t break me down? You can’t break me down because I’m a goddamn diamond. Heartfelt thanks to our incredible team/cast/crew of friends; Mikhail Torich, Mike Soto, Anna Volpe, Aron Blue & the Bootleggers, Charles Flippe Kikee Coulter, Luis Betancourt, Tami Johnson, Steven Lee Edwards, Jeni Adkisson, Pam Dewey, Lilja Owsley, DeLong Le, Hudson Oliver, Lucas Eller, Danilo F. Silva, Jaime R Pineiro, Rachel C, Cameron Clay, Sammy Bravo, Feral Matt Foster, Lynette Wiley, Jalopy Theatre and School of Music, Chris Blacker, Bernardo Tiaba, Eliza Murphy” 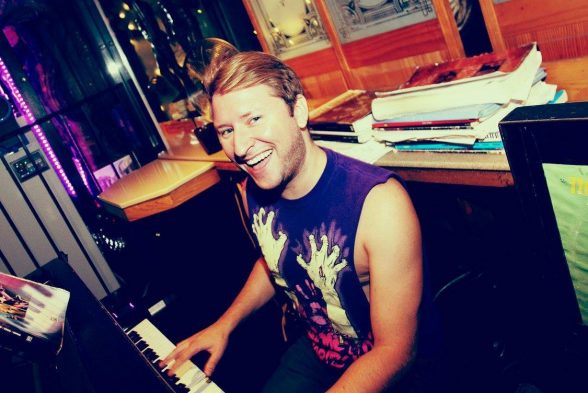