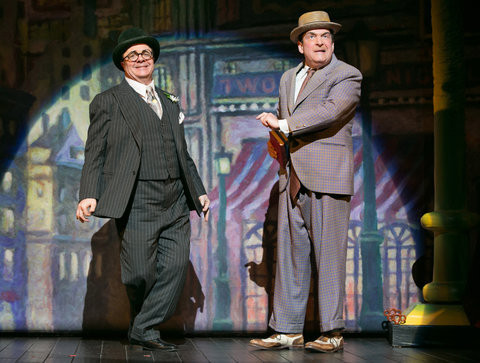 When we first meet Chauncey, he is at a Greenwich Village automat–it’s 1937, and there were a lot of them in New York back then–because, as he explains early on, that’s where the boys are. Sure enough, along comes an attractive young drifter named Ned, who, before the night is over, has joined Chauncey in his apartment for sex, a bath, and a heart-to-heart about their future together. (Chauncey isn’t at all certain that he wants Ned to move in–his life may be boring but at least it is also, he admits, quiet–and only at Ned’s insistence, and after a long, passionate kiss, does the older man allow him to stay.)

Meanwhile, back at the Irving Place Theatre, where Chauncey & Co. pack them in every night, trouble is brewing: a City Hall-approved “decency crusader” (who just might be a deeply-closeted gay man himself) wants to close the place down.

There’s talk of censorship, politics (most of Chauncey’s castmates are liberal–one is even a communist–but Chauncey himself is, surprisingly, a Republican), homosexuality, homophobia, hypocrisy, unions, and more. Even that most sainted of New York’s old-time mayors, Fiorello LaGuardia, doesn’t escape unscathed. I won’t reveal how it all turns out–onstage or off–but let’s just say that once the critical moment occurs, Chauncey has a long, hard and painful road ahead of him.

Chauncey is played by Nathan Lane, and aside from all the awful (but awfully funny) puns, he is the very best thing about the show; hilariously funny in the first act, when most of the classic sketches and naughty nonsense take place (Lane’s sense of comic timing is as masterful as ever), and sad and vulnerable–lashing out at all who come near, friend and foe alike–in the second. Chauncey is a lonely little man driven by circumstance to the very end of his rope, and Lane does a wonderful, and wonderfully touching, job.

Lewis J. Stadlen as his chum and co-star, Efram, is subtle when he has to be, yet still manages to toss off quite a few nifty one-liners of his own, while Jonny Orsini as Ned fares less well, rarely displaying any sizzle or swagger or even, for that matter, personality. Cady Huffman, Jenni Barber and Andrea Burns do about as well as they can in their underwritten roles as the politically savvy strippers. Director Jack O’Brien–particularly in the joke-filled burlesque scenes–keeps the action moving swiftly.

Thank heavens for Lane himself, though; he is onstage nearly all the time, and–whether mincing about and rolling his eyes or baring his tortured soul to the world–he bridges the two halves brilliantly. His work here earned him a Tony nod, and it’s easy to see why. 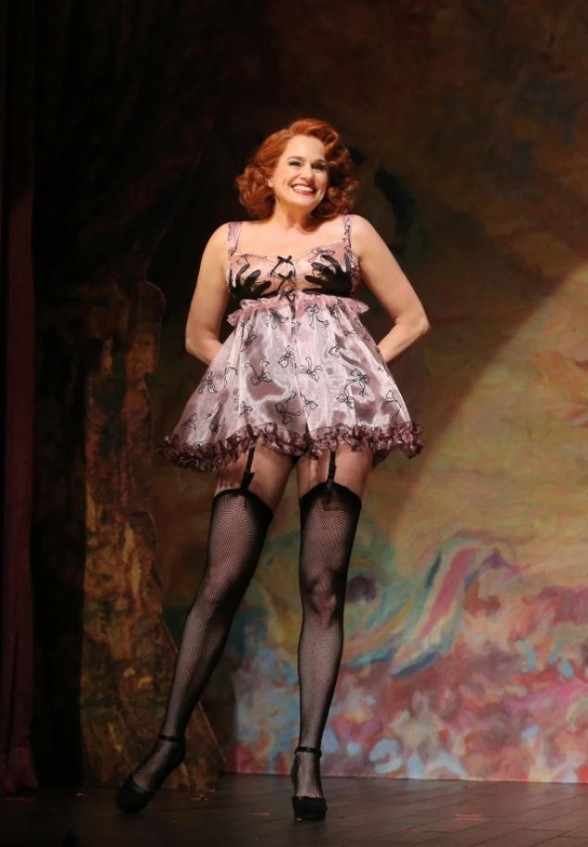