Got a healthy appetite for both good food and American history? Get ready to dig in… 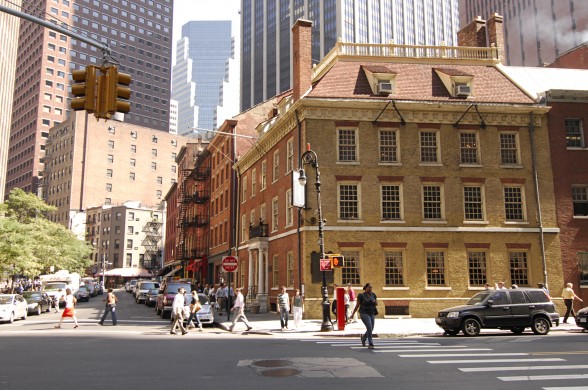 Fraunces Tavern, located at 54 Pearl Street (corner of Pearl and Broad Streets) downtown, offers up sizeable portions of each…

Purchased in 1762 by Samuel Fraunces, the property is probably best known as the site where General George Washington bid an emotional farewell to the officers of the Continental Army on December 4th, 1783, nine days after the last British soldiers left American soil. 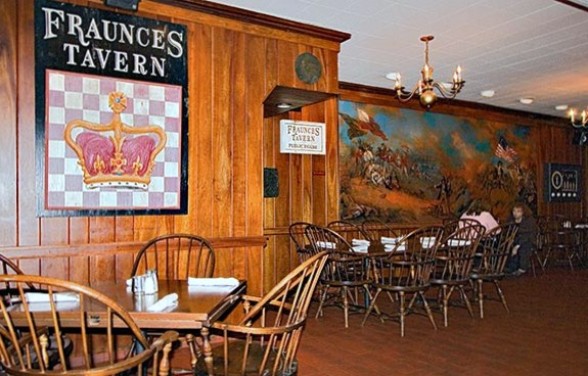 After suffering several serious fires in the 19th century and later threatened with demolition, the building was reconstructed in the Georgian style and was eventually declared a landmark in 1965 by the New York City Landmarks Preservation Commission.

Housing eight galleries on the upper two floors, Fraunces will give you a great feel for America in its infancy. And, while you’re at it, don’t forget to check out one of Washington’s false teeth and a tress of his actual hair, both on display among an array of fascinating artifacts and memorabilia.

After you’ve gotten your fill of history, be sure to head on downstairs to the restaurant and tavern for some really good food and libation. The restaurant, open daily for lunch and dinner from 11A until 4 in the morning, offers an excellent selection of good old-fashion American “stick-to-your-ribs” dishes: burgers, prime steaks, Shepherds Pie and a vast array of fresh seafood. Wash it all down with some hearty stouts or ale, or specialty or seasonal brews. All, I might add, for considerably less than you’d probably be paying in a mid-town upscale restaurant… [

INFO: Museum is open Monday through Saturday from noon until 5P. Website is www.frauncestavernmuseum.org. Phone is 212-425-1776, appropriately enough considering the last four digits. Admission ten bucks for adults, five for students or seniors.

The restaurant is open from 11:00am to 4:00pm — lunch/dinner/bar menus. Meals will probably run you between fifteen and thirty dollars.